Grilled Corn with Cilantro and Queso Fresco
Skip to content 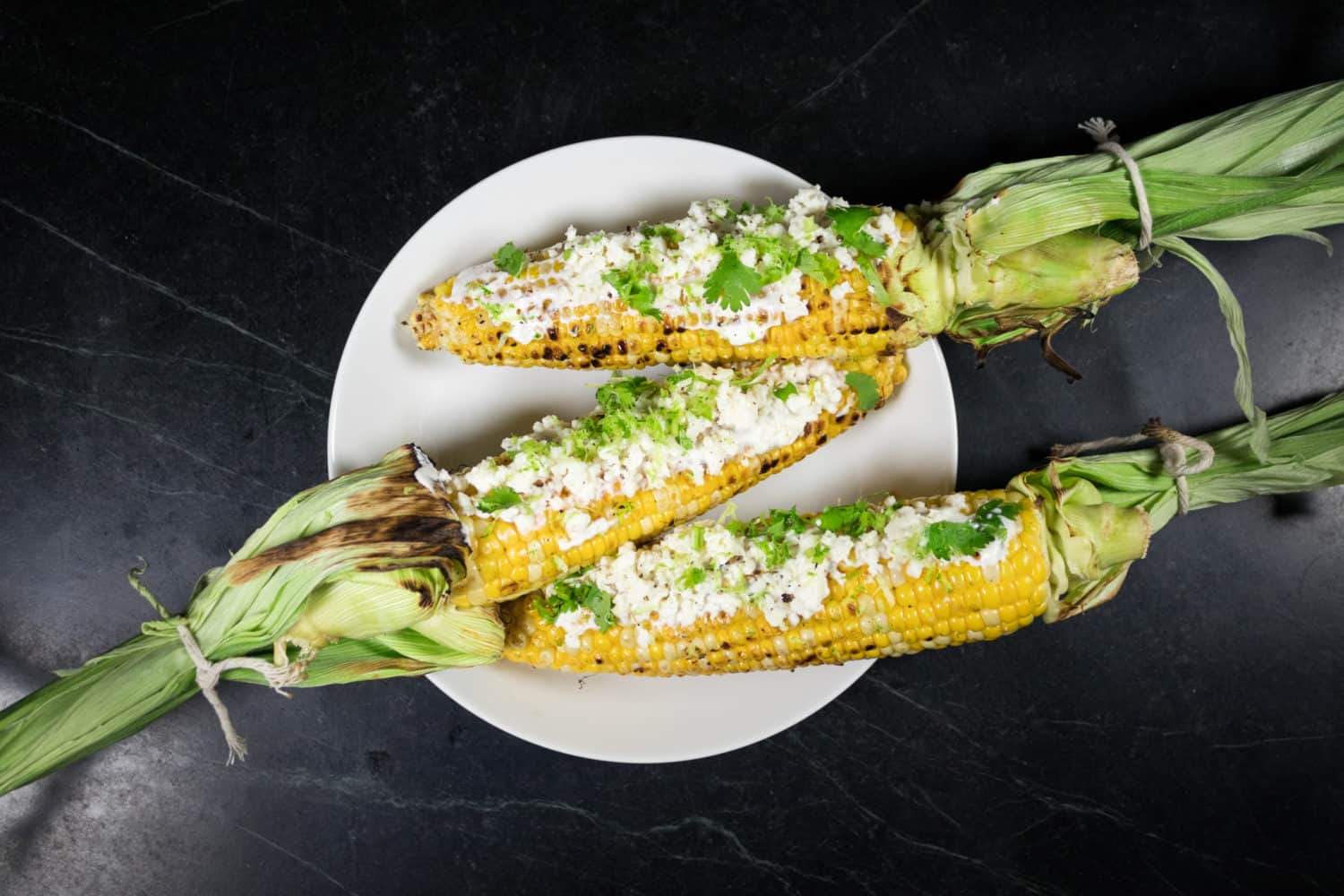 Corn is one of those veggies, that once in season, I fully prepare myself to gorge on all summer long. Or, at least to the point of getting tired of eating it, so once it’s gone I can try and be patient till it’s back again the following year. And, luckily, Ry really likes corn too, so we have no problem eating it whenever we can. The corn we get is local, or local enough, usually from New Jersey and it’s super sweet and tender. Ry will occasionally just eat it raw, as a snack.

So, with most things in the summer, one way we like to cook it is on the grill. It’s nice cause I don’t need to boil a massive pot of water, you know, one big enough where you can actually fit the corn in without having to cut it in half. We can just cook it along with whatever else we’re grilling for dinner. In this case it was those Grilled Chicken Tacos from the last post.

I’ve seen, and tried, a few different grilled corn recipes and methods before. Some wrap the corn in foil, others soak it in water, blah blah blah. This is all unnecessary. Just throw it on the grill. As long as your corn is fresh it’ll be super tender so it’ll only take a few minutes to cook and frankly all that other hoopla is a waste of your time. But, if you like spending your time being precious over some corn, then by all means carry on.

I might also add that if you get really good fresh corn, you certainly don’t need to top it like I did here, salt will suffice. But, I think cilantro and cheese generally makes everything better, so I went on with it. All the prep that was needed was pulling back the husks, removing the silk and tying back the husks to make a nice handle. Probably not necessary, but it makes for a nice pic. You can easily just peel the corn if you don’t have the patience. And, once it’s grilled up you just slather and top with some sour cream, queso fresco, lime zest and lots of cilantro. You can use whatever you like, just make sure to tell me about any good topping combos you have in the comments! 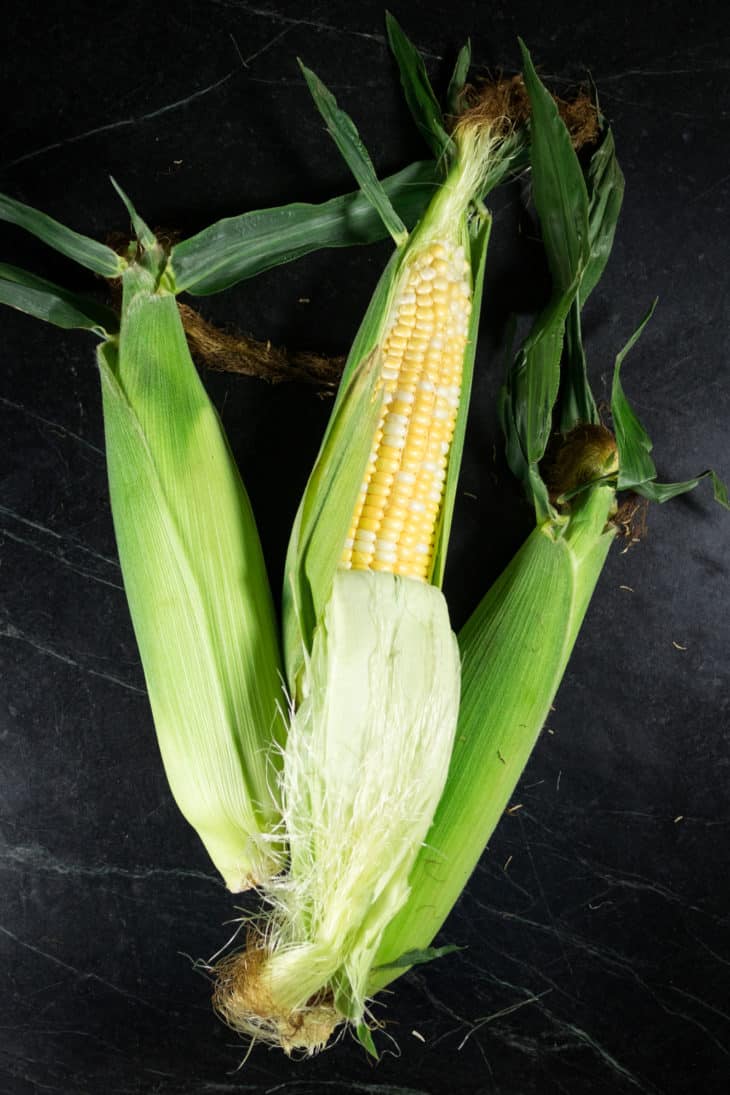 I’ve seen, and tried, a few different grilled corn recipes and methods before. Some wrap the corn in foil, others soak it in water, blah blah blah. This is all unnecessary. Just throw it on the grill. 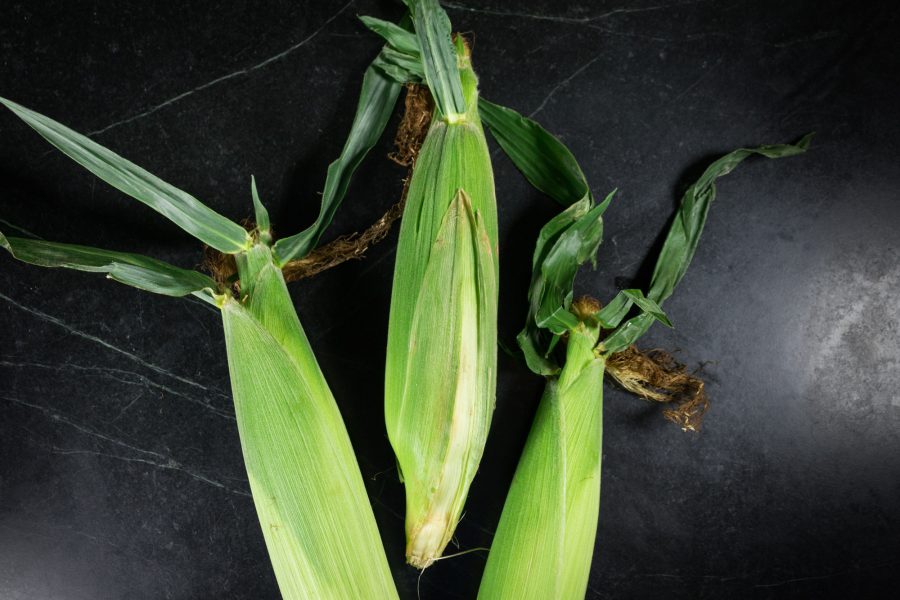 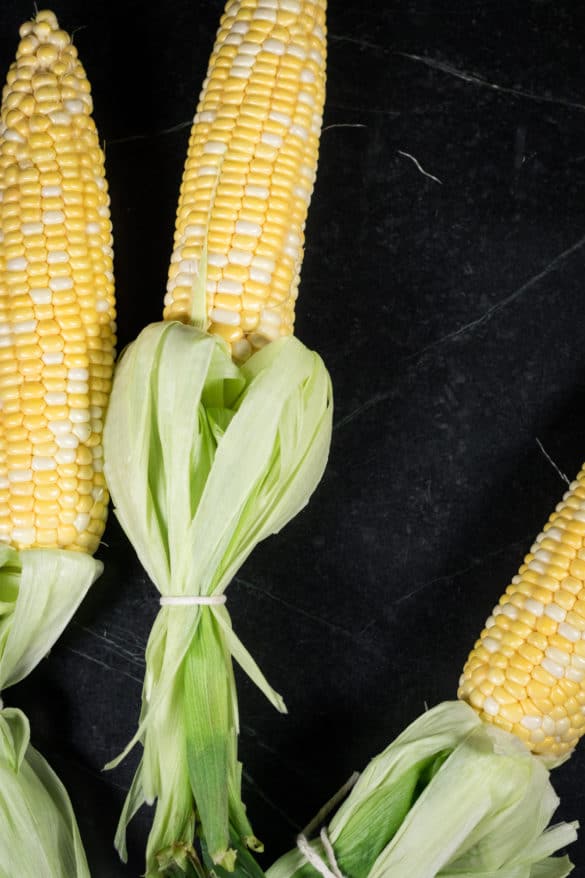 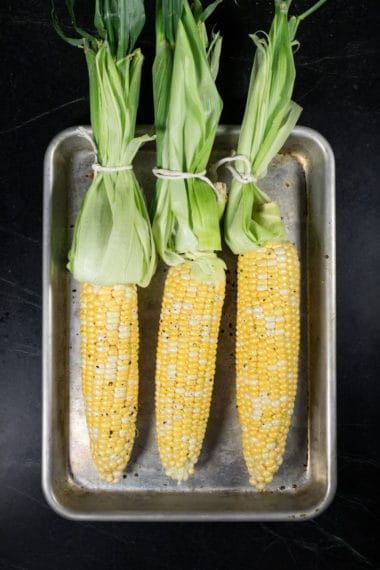 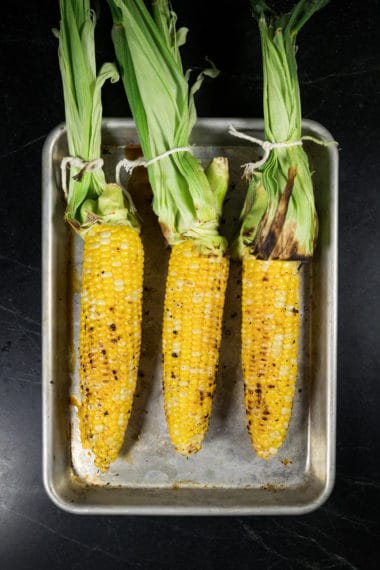 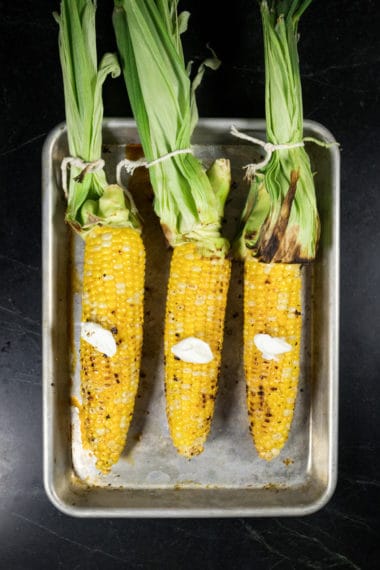 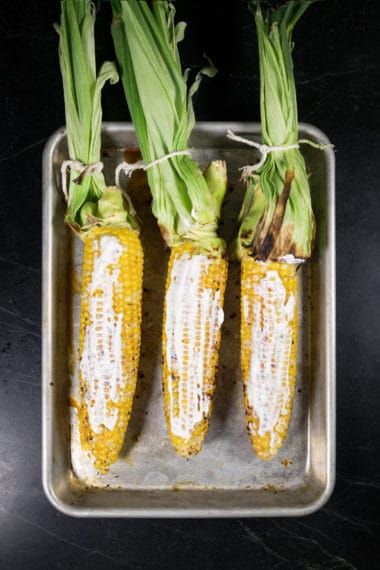 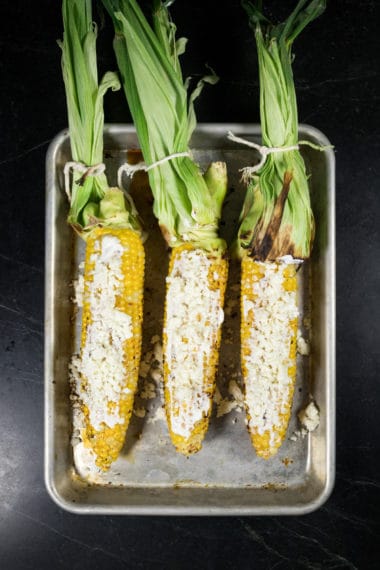 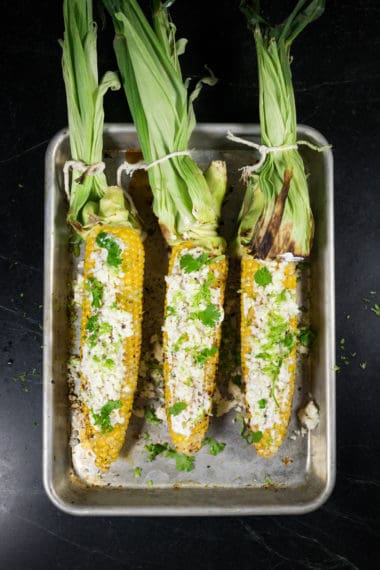 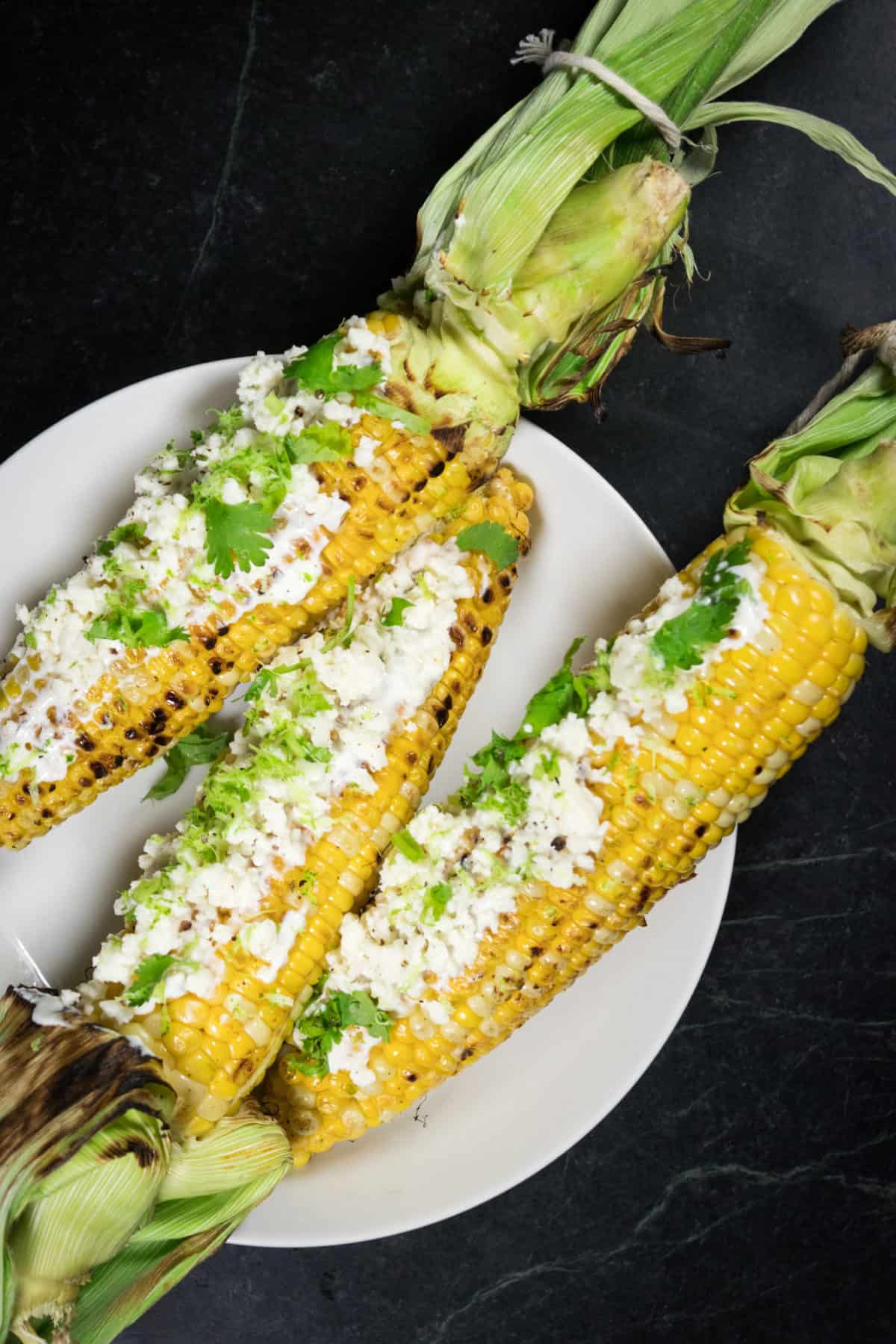 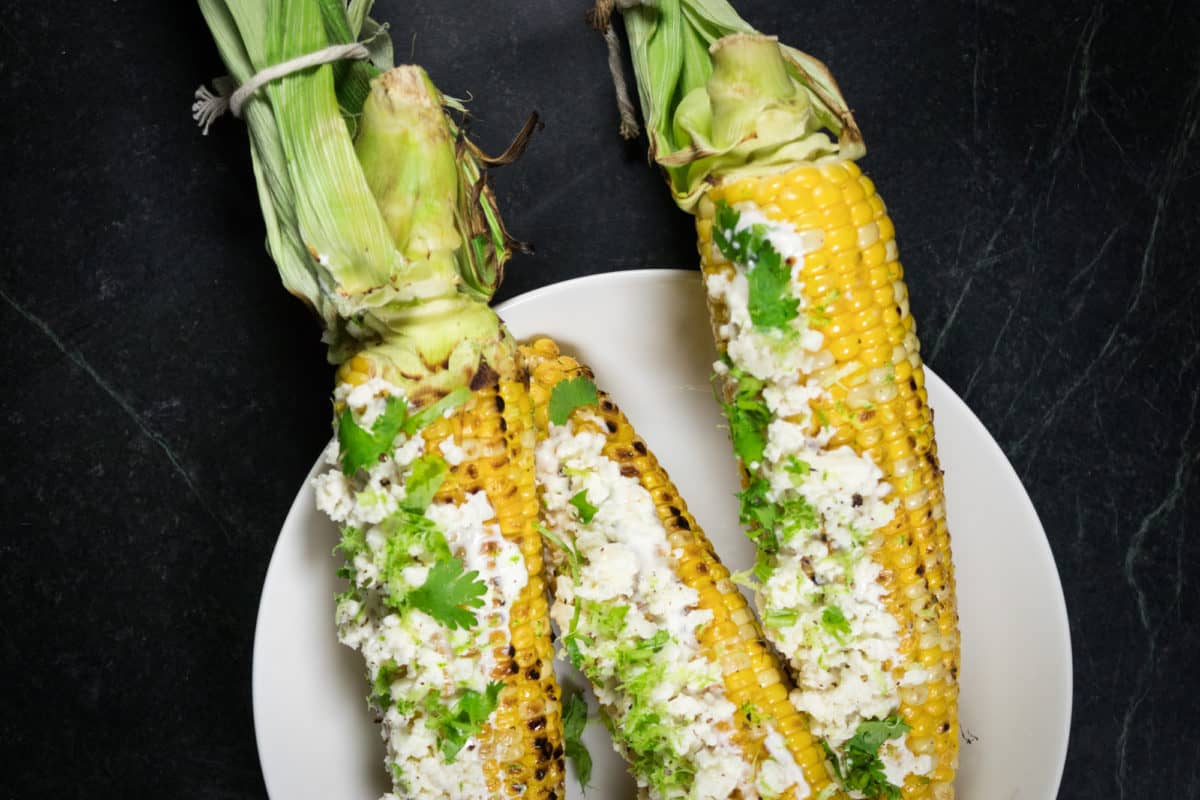 with Cilantro and Queso Fresco

First thing is to prep that corn. I just pulled back the husks, removed as much silk as I could and then tied back the husks with some kitchen twine to make a nice little handle. Rub the corn with some oil, salt and pepper.

When you’re ready, toss it on a hot grill and turn every few minutes. It shouldn’t take long, you just want it to be tender with a little bit of char, not totally burnt and dried out.

Once it’s done on the grill, slather with some sour cream and top with your queso fresco, lime zest and cilantro. That’s it, eat up! 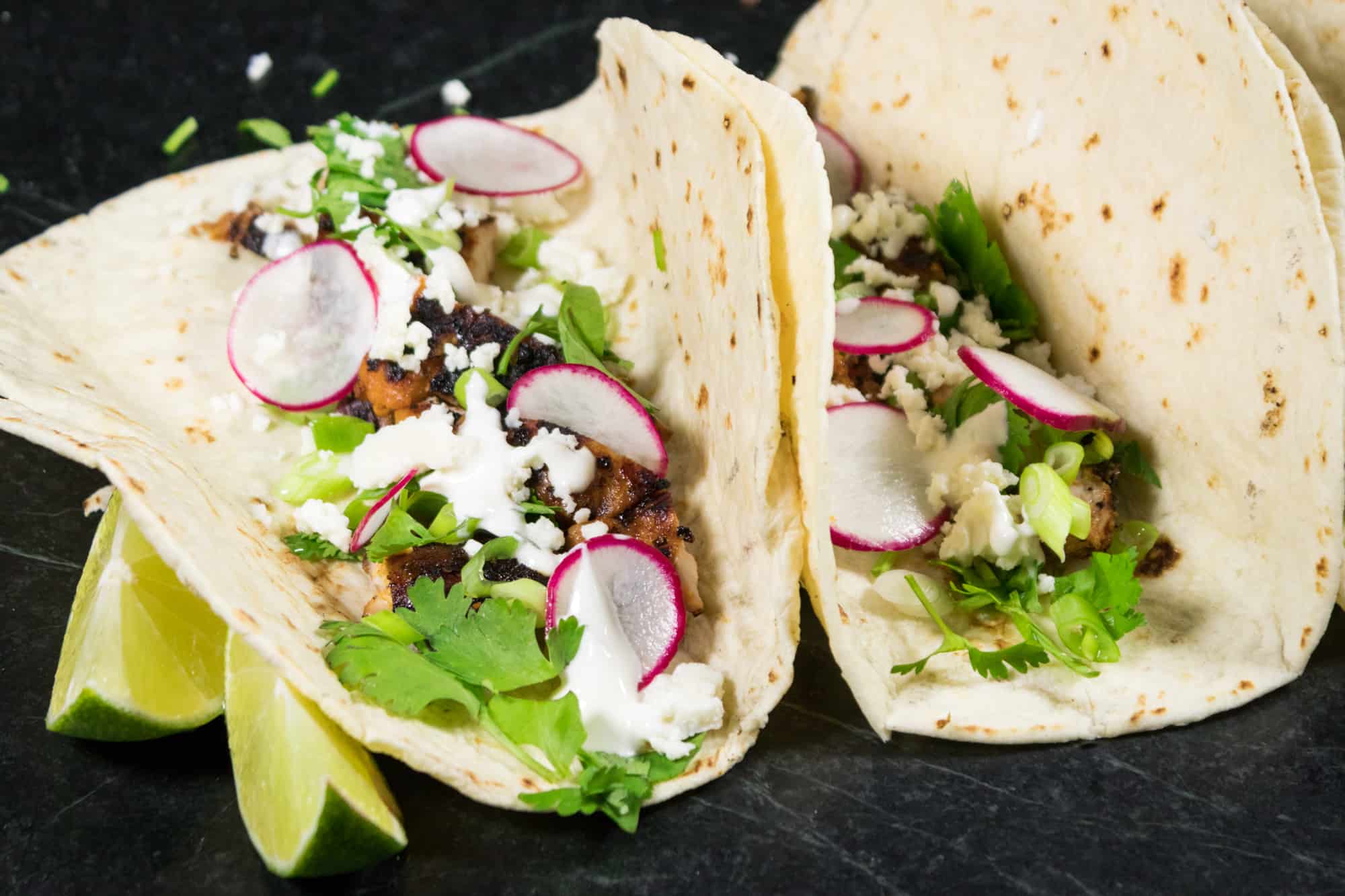 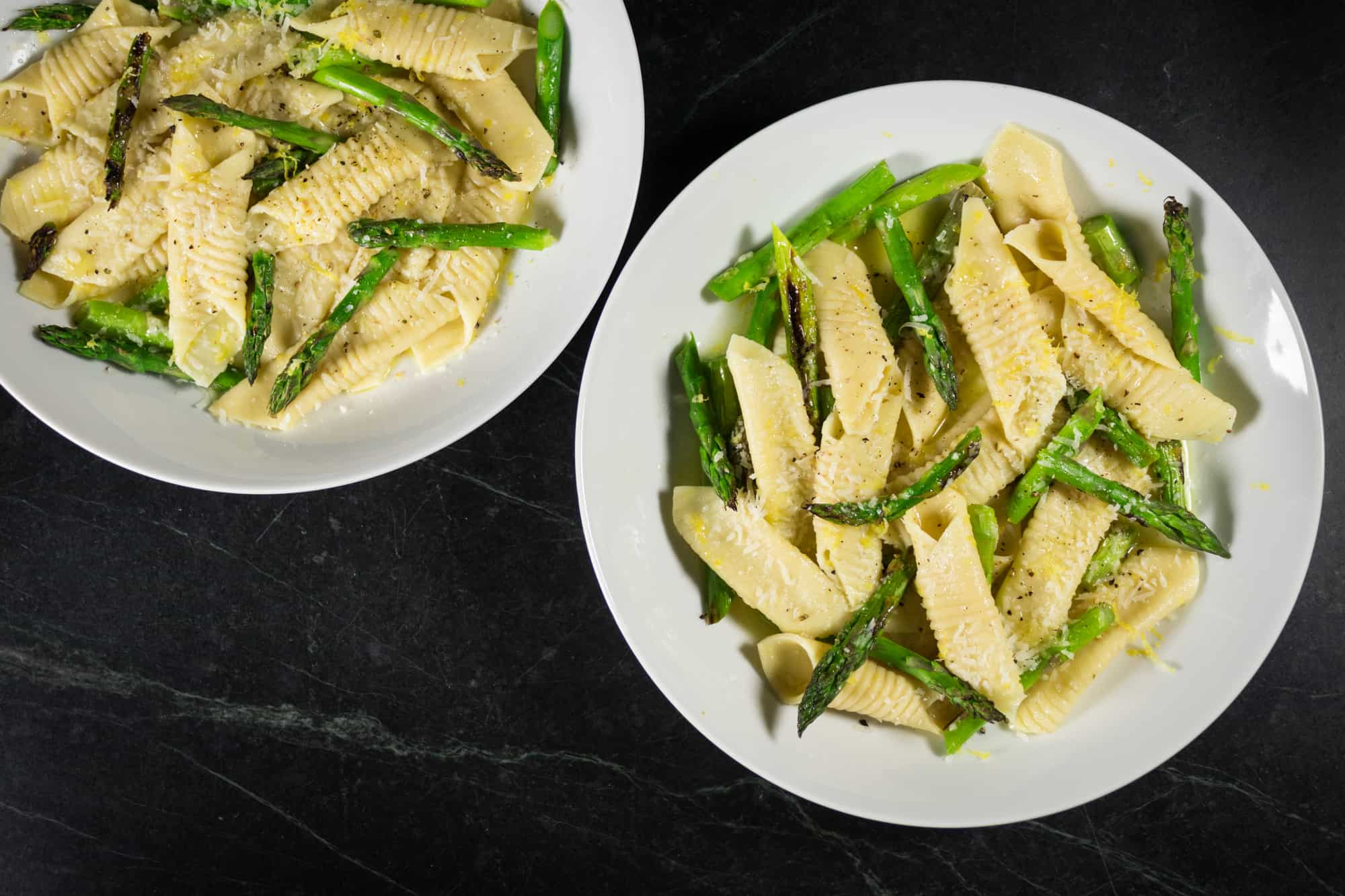