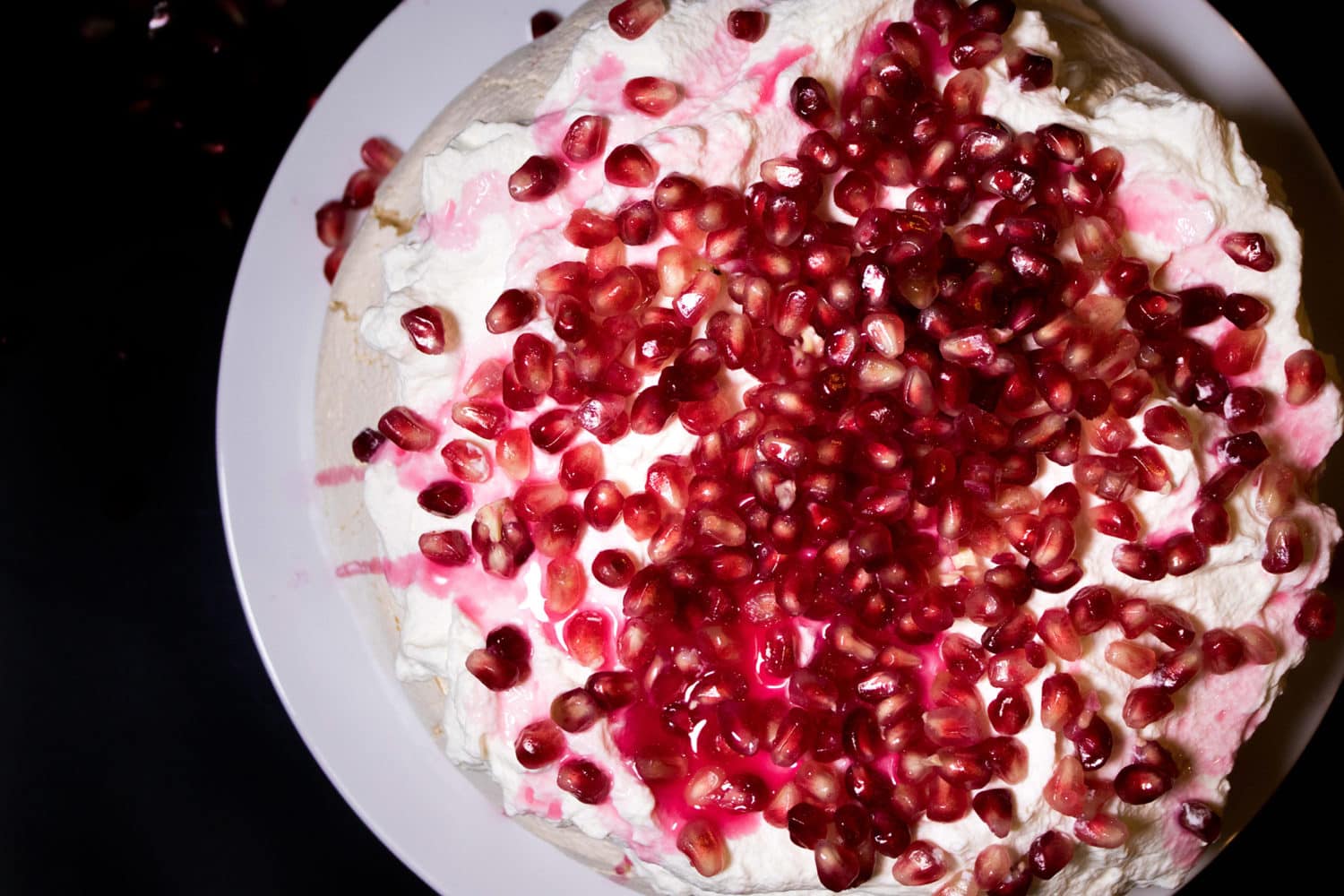 I’m gonna go ahead and make a bold statement: Pavlova may just be the best non-chocolate dessert. Its intense vanilla flavor, slightly crisp exterior and marshmallowy soft inside is the perfect combo. And, because it’s mainly meringue, it seems like a super light dessert, which is why I always help myself to more than one serving. (full disclosure: it’s covered with whipped cream and filled with sugar, but you’re only eating once in a while so you might as well enjoy it)

I originally saw a recipe for pavlova made by Nigella Lawson on tv when I was a teenager. I’d never heard of it before that, but apparently it’s pretty major in Australia and New Zealand. According to Wikipedia it’s unclear which country it was originally created in, but it was first made in the 1920s and named after ballerina Anna Pavlova. And, after I saw it made for the first time, I was mesmerized. Soft meringue. Whipped Cream. And the best part, it was topped with tons of passion fruit. MY FAVORITE.

I typically can’t find passion fruit here in Philly, occasionally they’ll have them at Whole Foods for $3 each, not the most reasonable option when you could easily use 10 to top a full sized pav. So, the next best thing is any flavorful and slightly tart fruit. Pomegranates obviously work, hence the reason why I used them in this version, but strawberries, blackberries, currants, raspberries or even blood oranges work really well.  Just get something that’s in season. 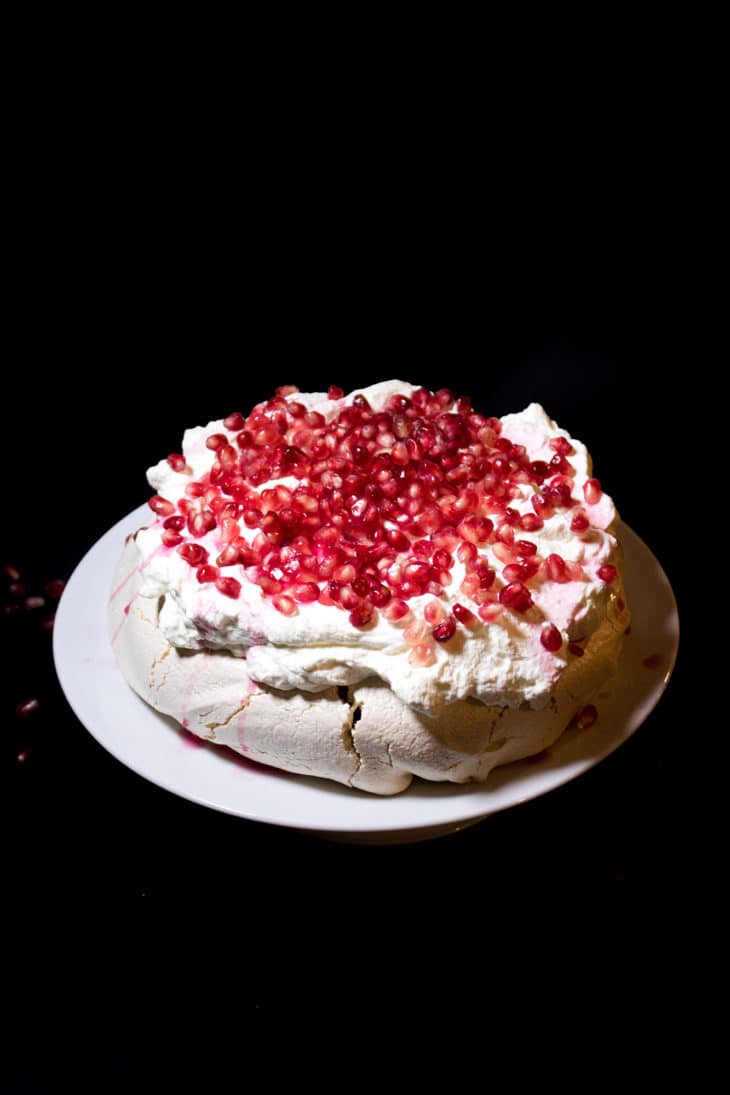 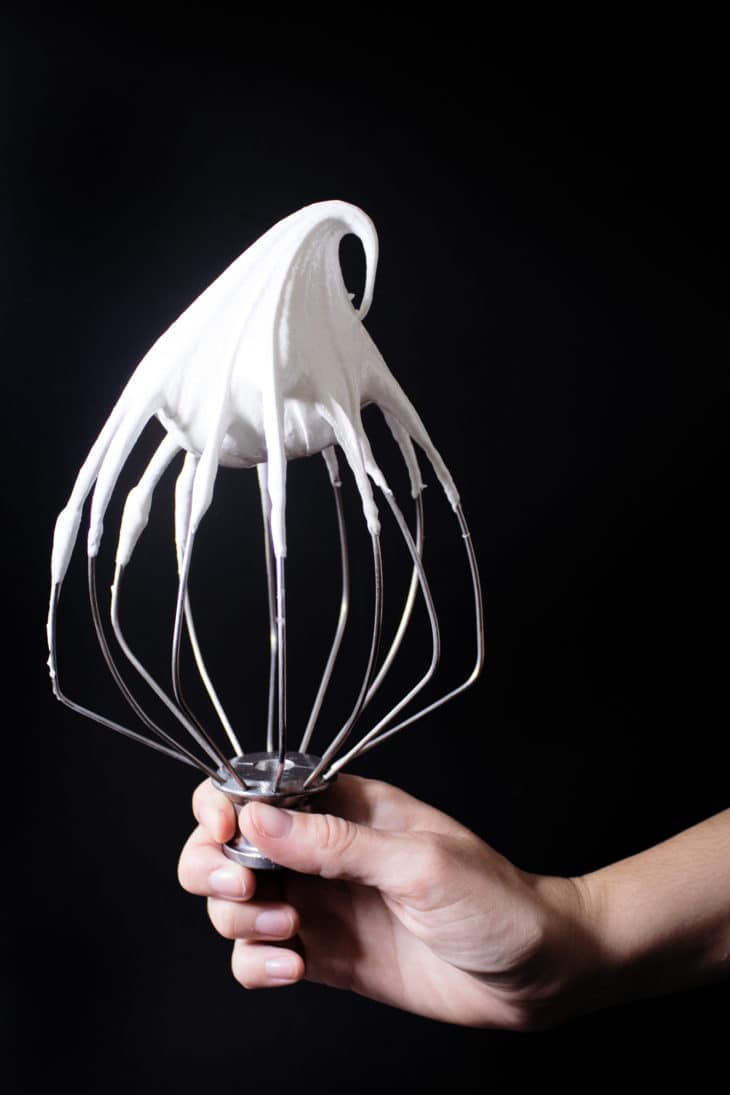 Full disclosure: it's covered with whipped cream and filled with sugar, but you're only it eating once in a while so you might as well enjoy it. 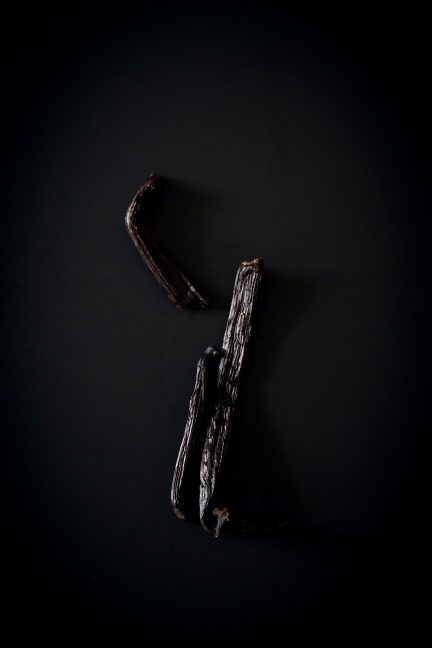 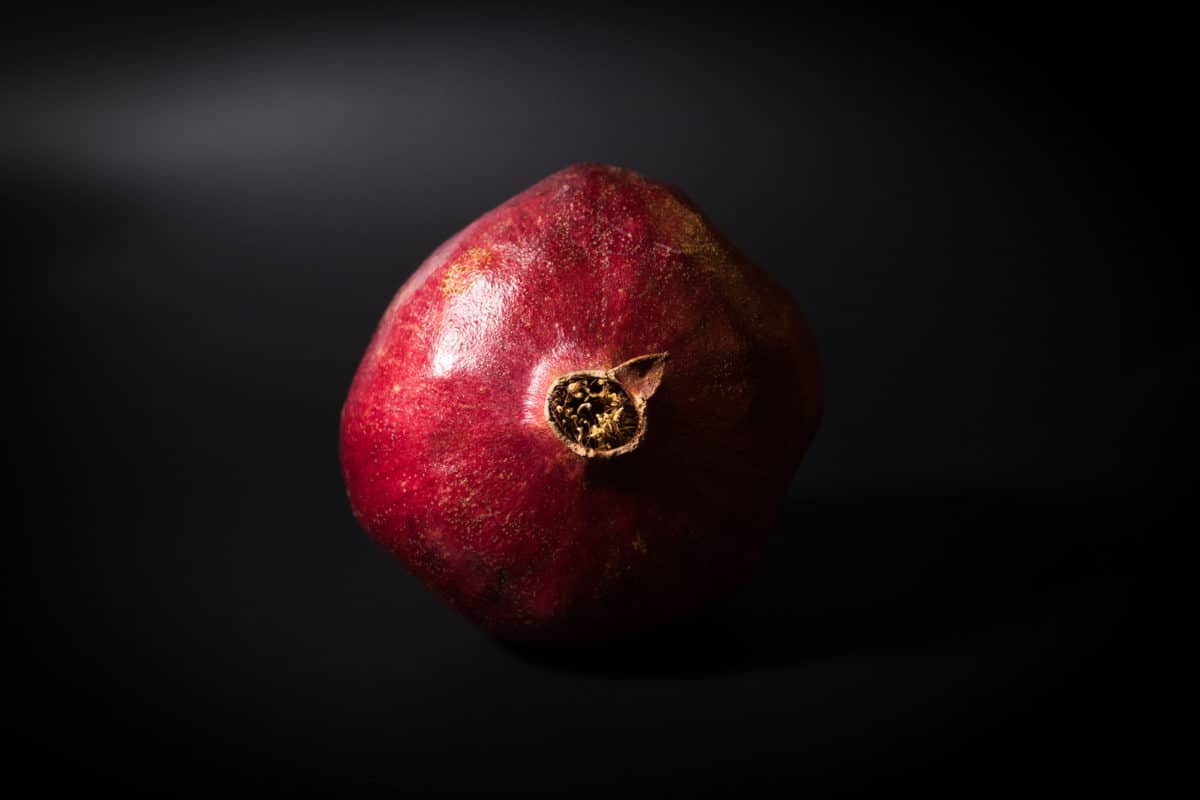 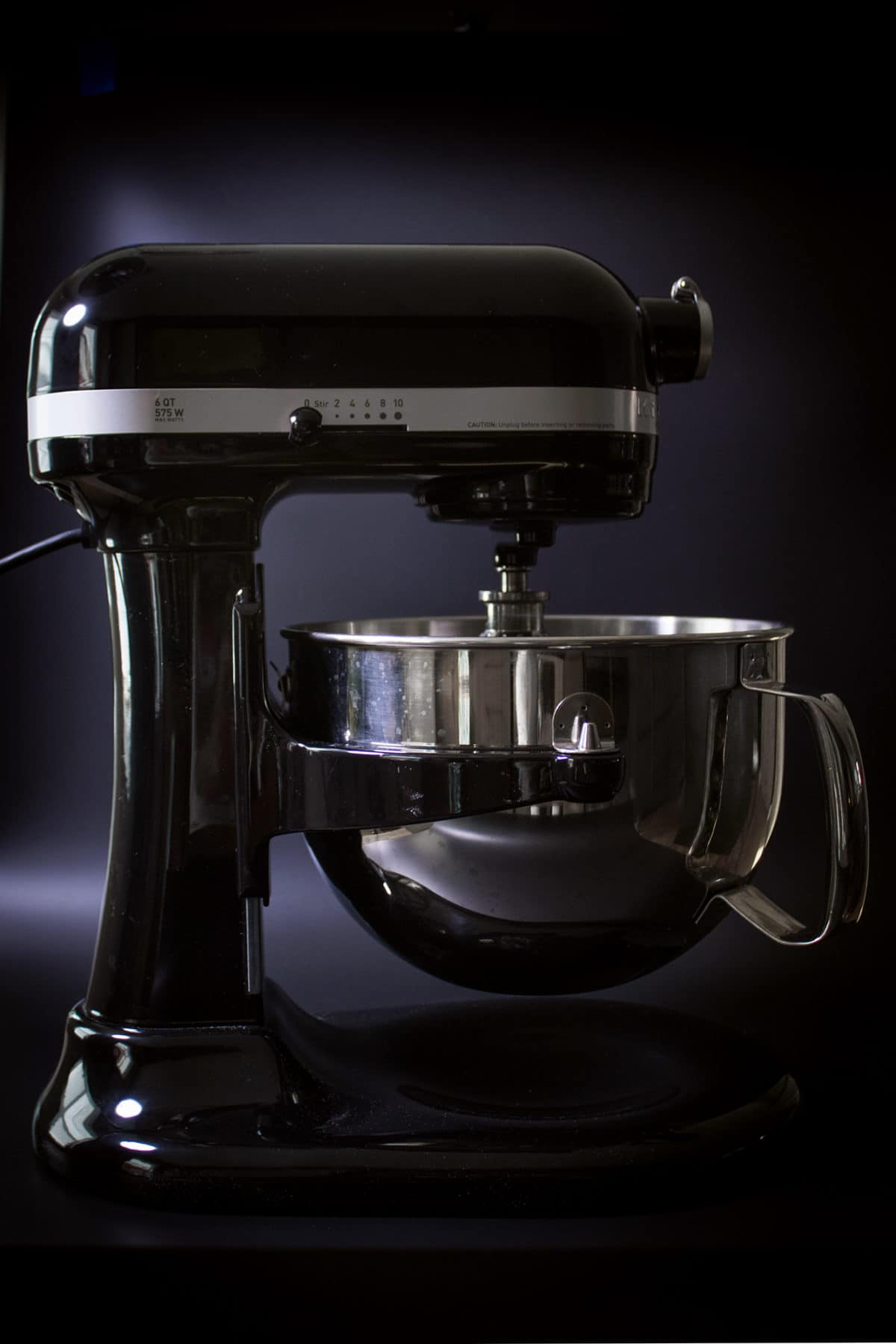 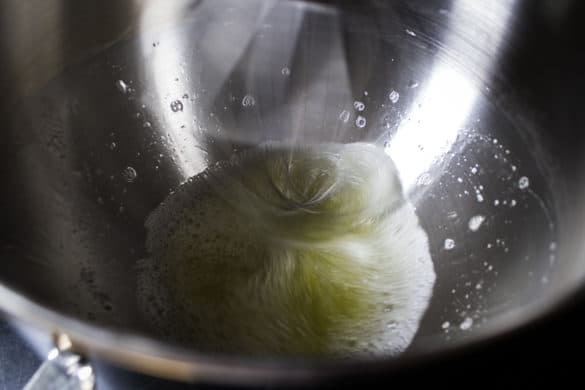 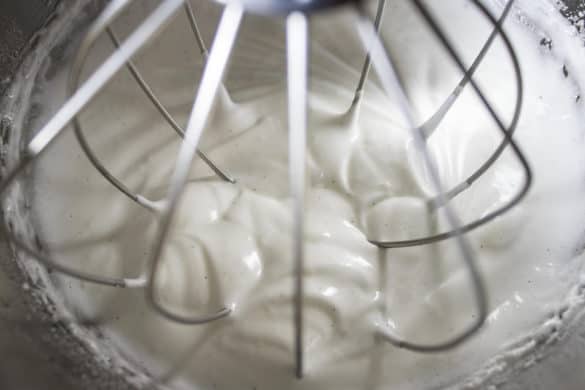 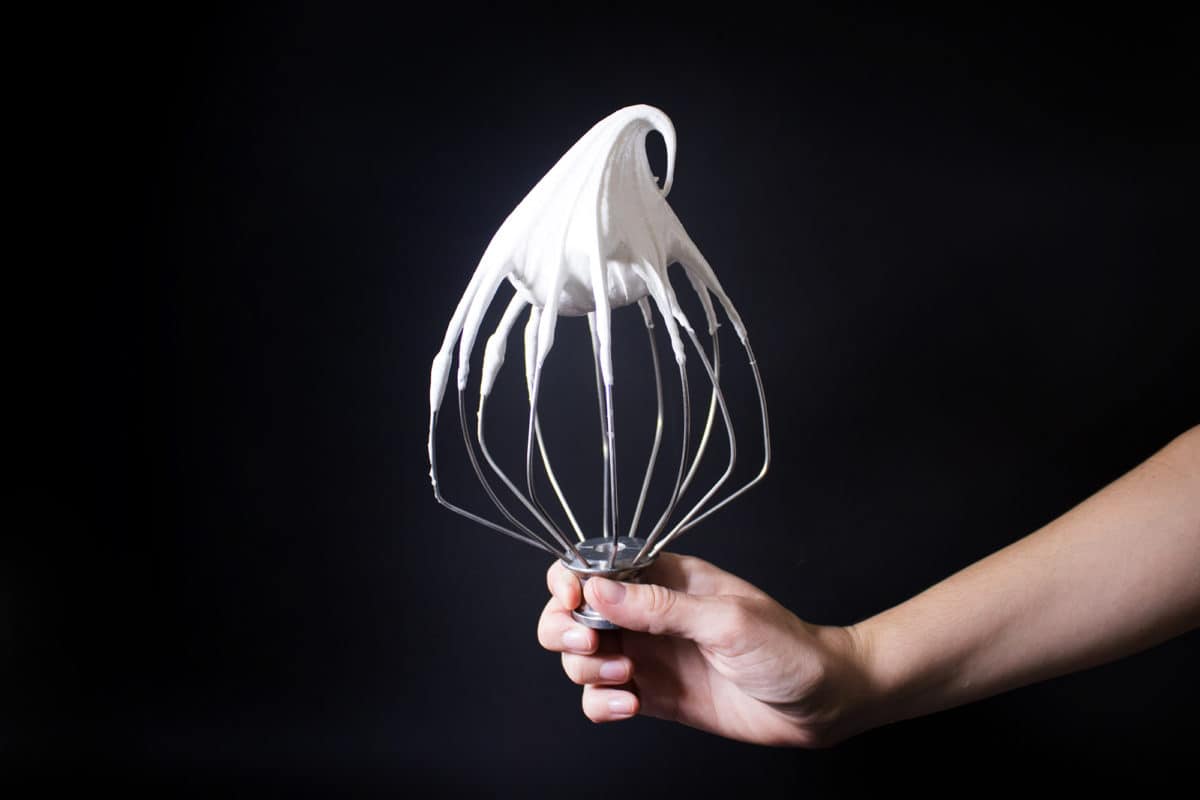 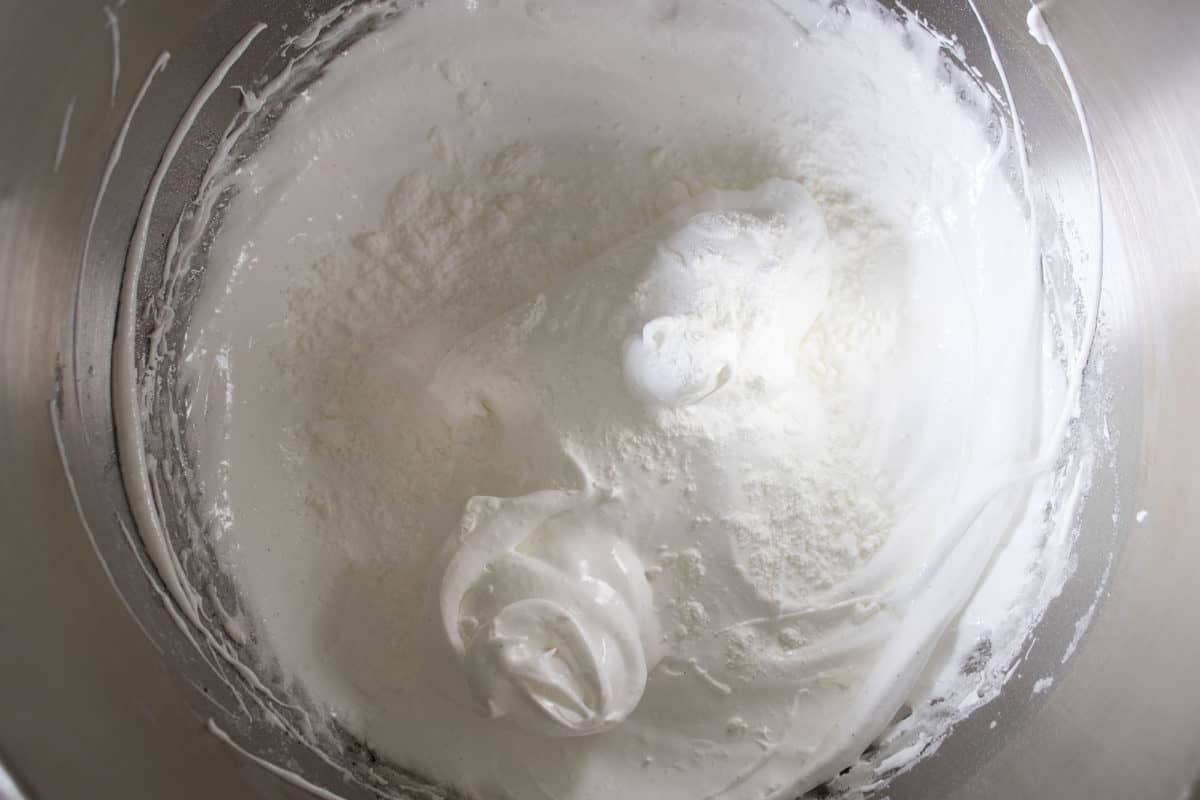 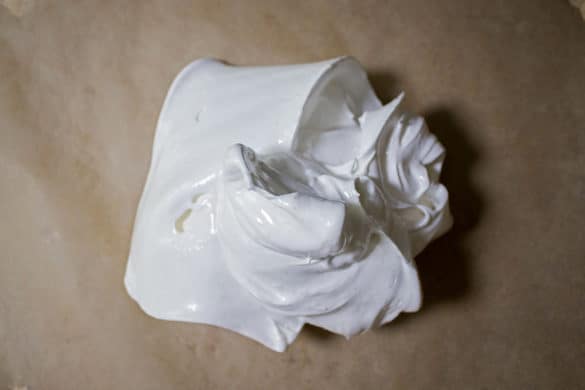 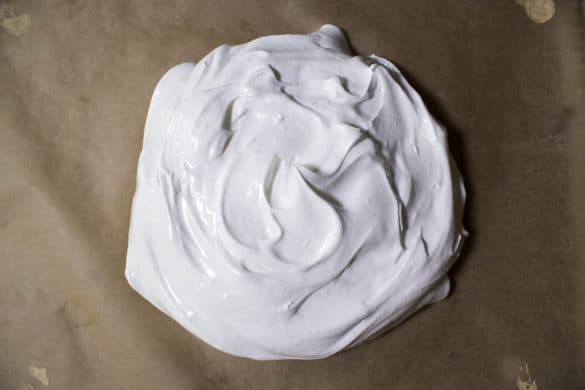 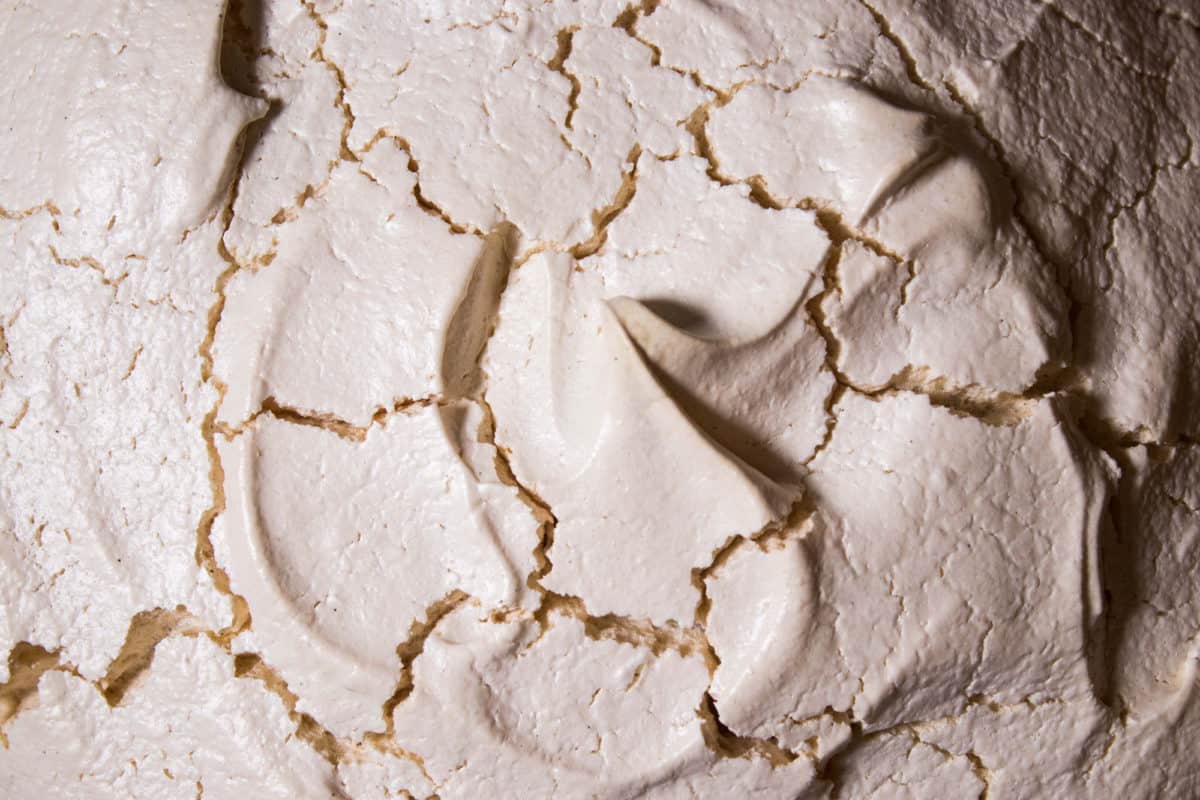 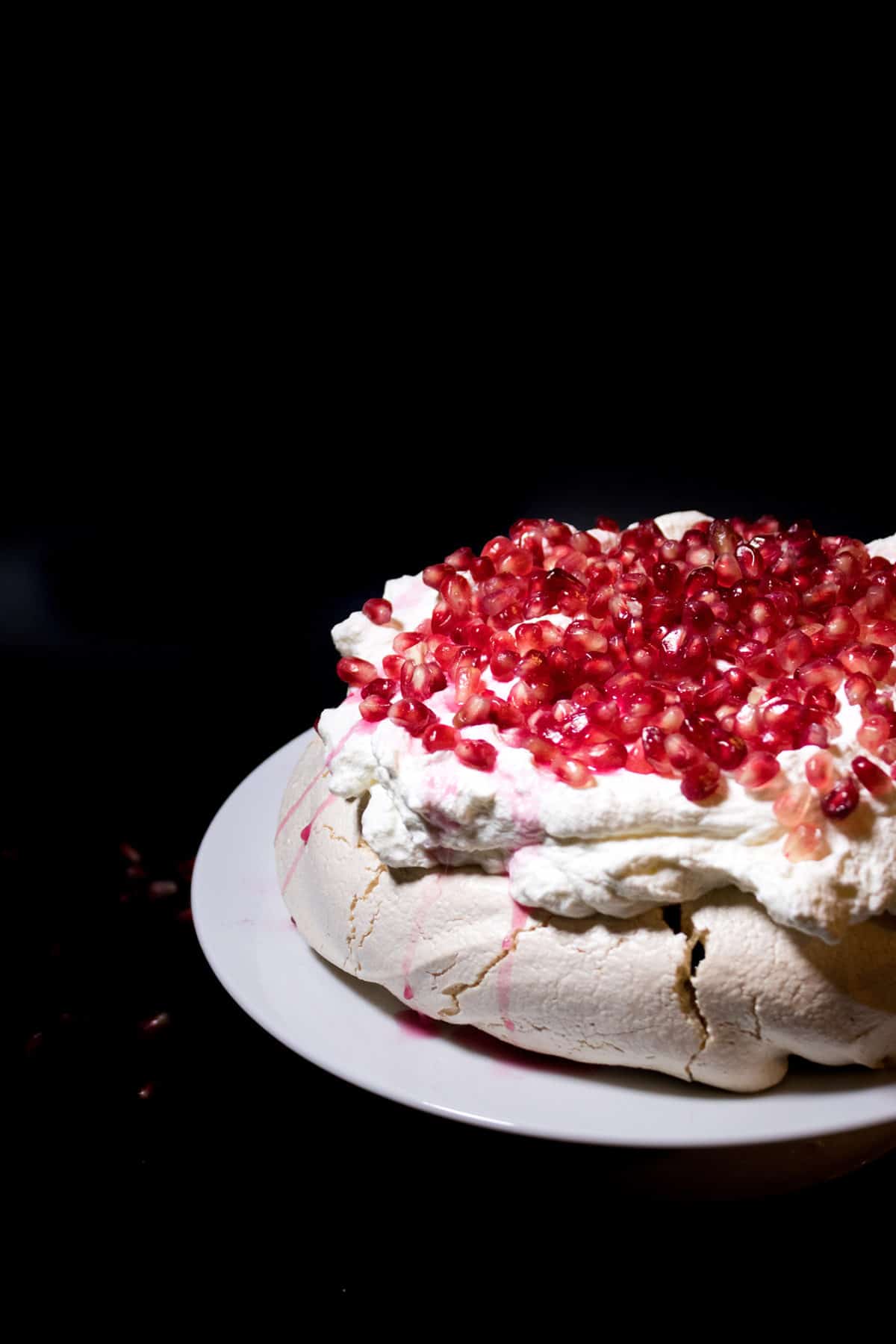 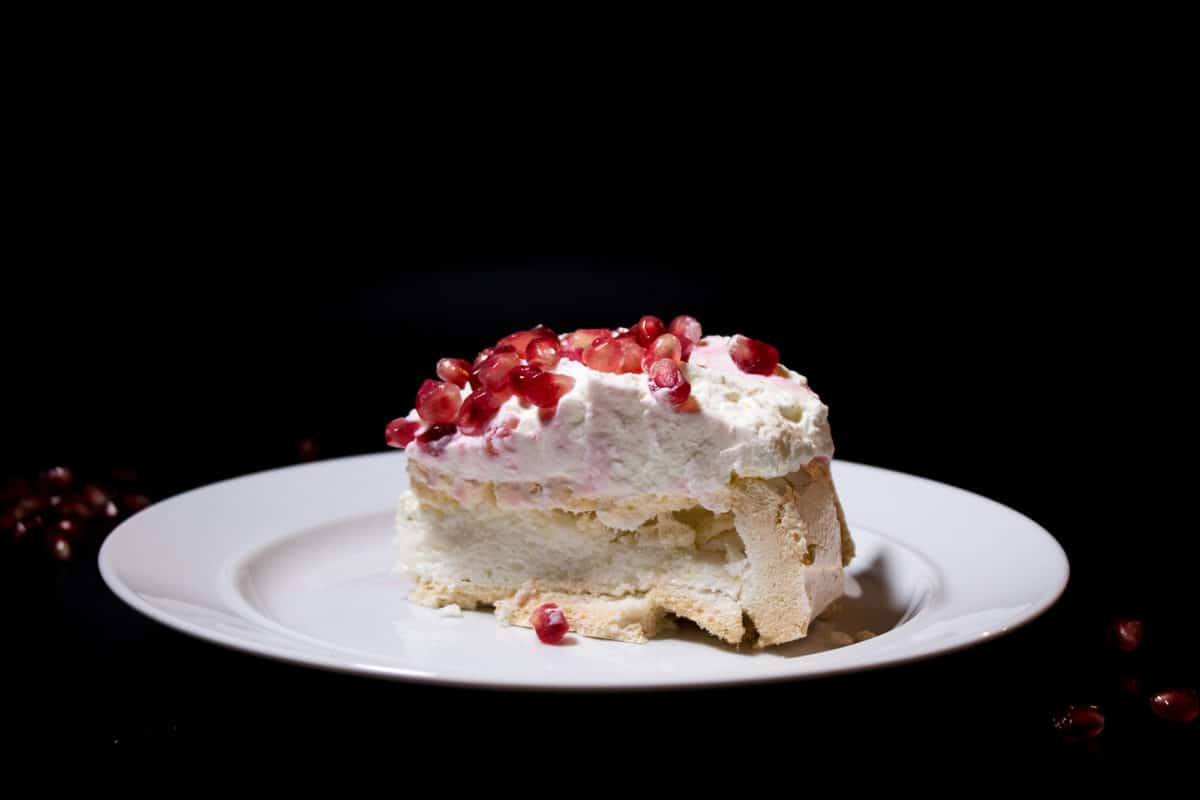 This recipe can be slightly fussy, but only because you’re making meringue. A few quick tips: don’t over whip the egg whites, make sure the bowl you’re using to make the meringue is free of ANY oil residue, it’ll hinder the eggs from whipping properly, and try to make sure the whites are at room temp. Not necessary, but helpful to know, is that you can easily use thawed egg whites. I typically have lots of little baggies filled with egg whites in the freezer leftover from any recipe where I needed just the yolk. I save them specifically for making pavlovas. Just take them out ahead of time to thaw and get to room temp. And lastly, once the meringue goes in the oven, do not open the door again until it has cooled. Other than that, it’s a fairly easy recipe to make. It does take a while to cook, but it’s just sitting in the oven, so you’re not actively doing anything.

As for the hardware, I would highly recommend a hand or stand mixer, I’ve done this all by hand before, using just a whisk, I’m very stubborn at times, but you’ll be sore tomorrow. I promise.

And, lastly a quick side note, you can absolutely use vanilla extract, just make sure it’s good quality. I typically always use extract when I make a pavlova, but for this particular pavlova I used a vanilla bean, simply ‘cause I happened to have some on hand. And make sure to save the pod once you scrape all the seeds out! There’s still a ton of flavor in there. I put leftover vanilla pods in with our sugar that we use for coffee in the morning. I love it.

Now, on with the recipe..

Recipe: Based on Nigella Lawson’s Pavlova from How To Eat, the pleasures and principles of good food. © 2002

Whip the egg whites with a small pinch of salt until they’re white and foamy. If you’re using vanilla beans, add them in now, that way they can get evenly dispersed throughout the meringue. Slowly add in the sugar, 1/4 cup at a time and keep whipping until you see that the meringue is super shiny and it’s forming stiff peaks. Ok, you’re done with the mixer for now.

Next, sift over the cornstarch, add the vinegar and if you’re using vanilla extract add it in now. Fold everything so it’s combined, and be gentle, you don’t want to deflate those beautiful egg whites you created!

Line a baking sheet with parchment paper. I put a tiny dab of the meringue under the corners of the parchment so it sticks to the baking tray and doesn’t slide all around while I mound the meringue on top and form it into a circle. You’re aiming for a diameter of around 8” here, but it doesn’t need to be perfect, and I think it looks better when it’s not perfect. You can trace a circle on the underside of the parchment paper if you prefer to have a bit of a guide for your meringue sculpture. Just make sure its on the underside of the paper, the pencil or pen will transfer to the meringue as it cooks. No good.

Then, place that meringue in the oven right away and lower the temp to 300°F as soon as you close the door. Let the pav bake for 1 hour, keeping the door closed, turn the oven off and let the pavlova cool in the oven. This can take a while, especially if your oven is very well insulated. I left mine in there for about 5 hours, the oven was still slightly warm, but 5 hours did the trick. The warmer temp at the beginning helps to give the pavlova the crispy outside and the long, low cooking and cooling is what will give you that soft marshmallowy center. It takes a while, but I promise it will be worth it.

Once your pav is finished baking, go ahead and whip up some heavy cream, make sure it’s very cold before you start whipping. Then mound in on top of the pav and top with your fruit of choice. This most likely will get eaten up right away which is a good thing since it really isn’t a dessert that keeps well. Enjoy! 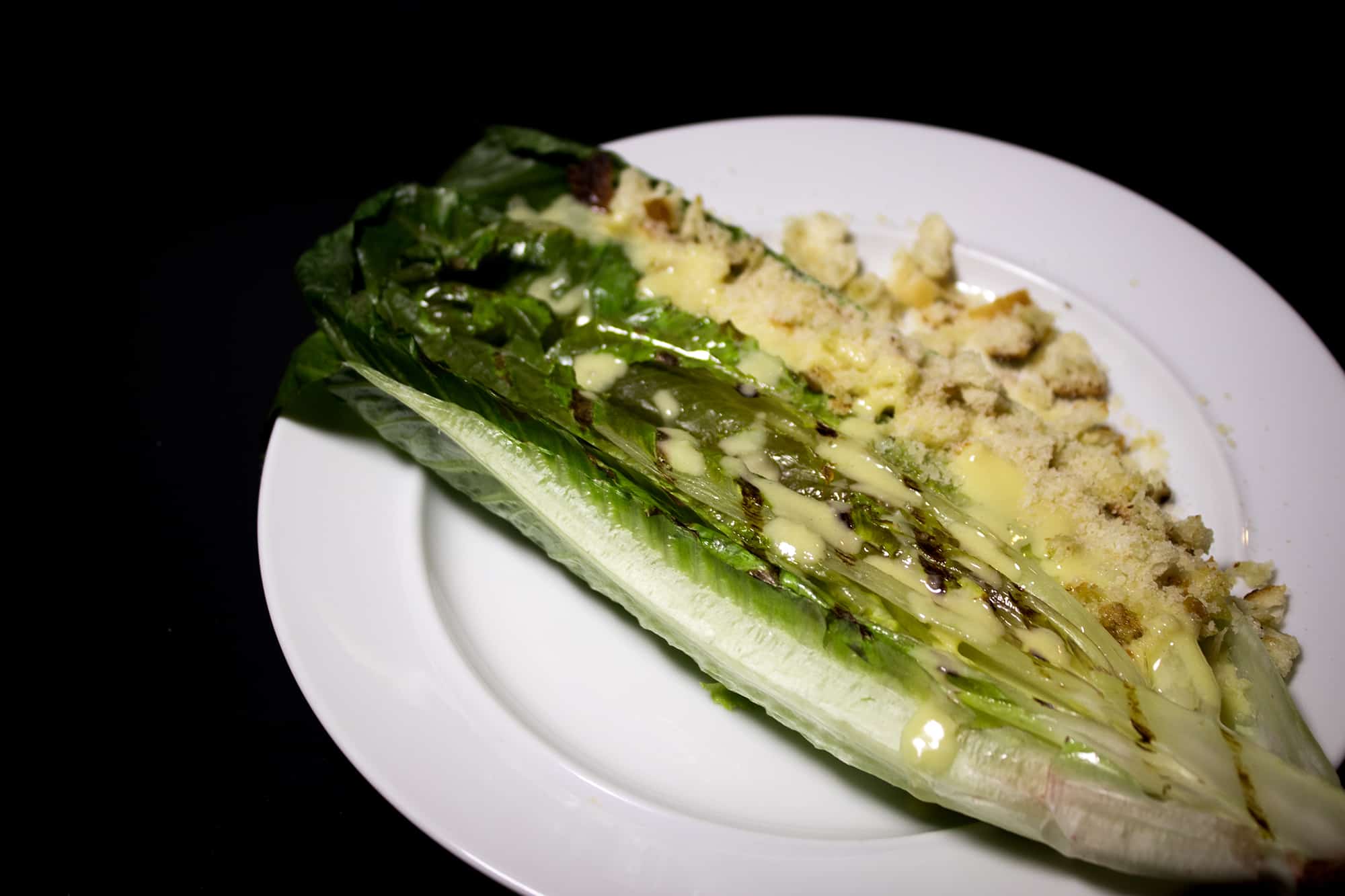 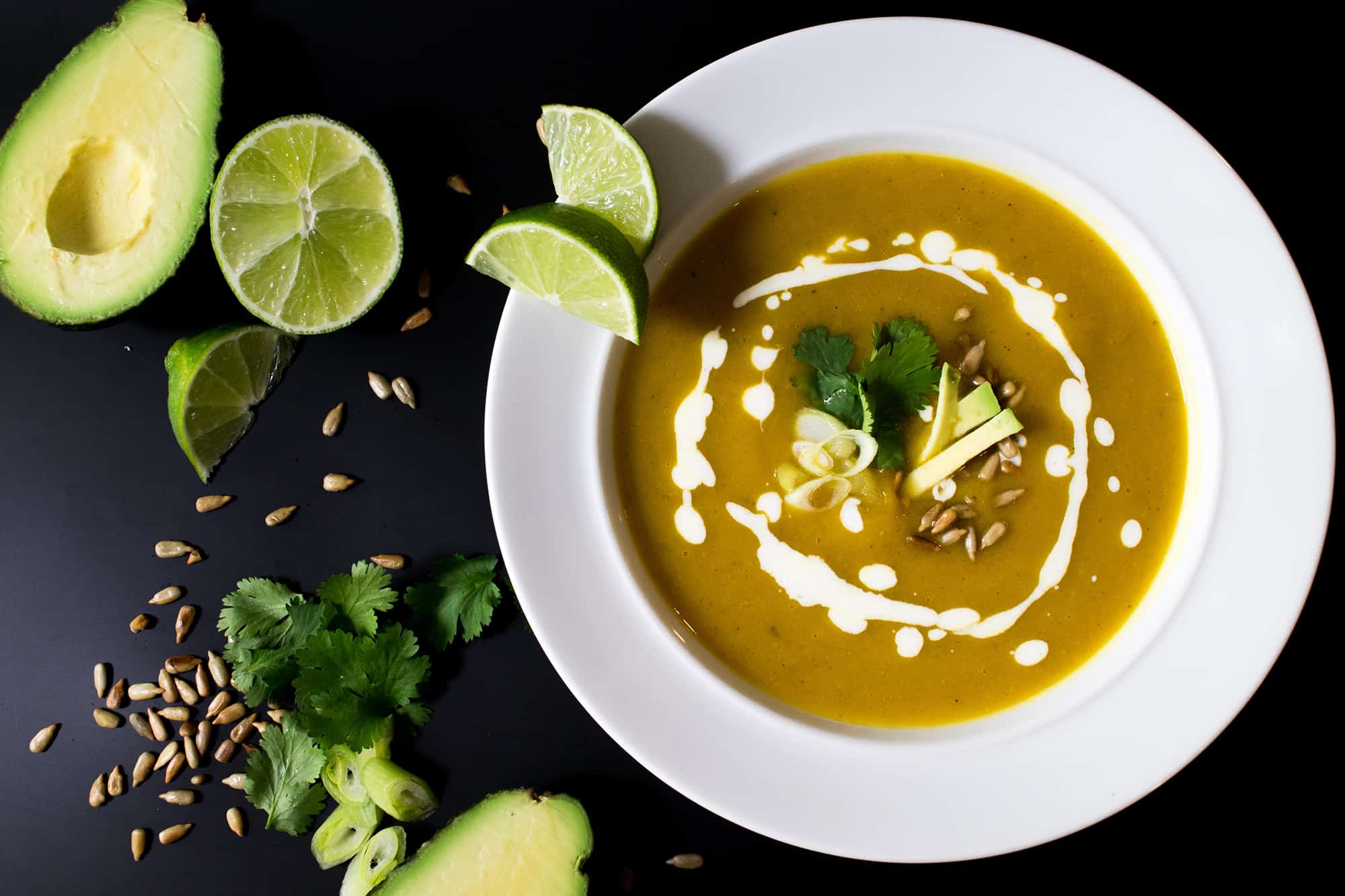