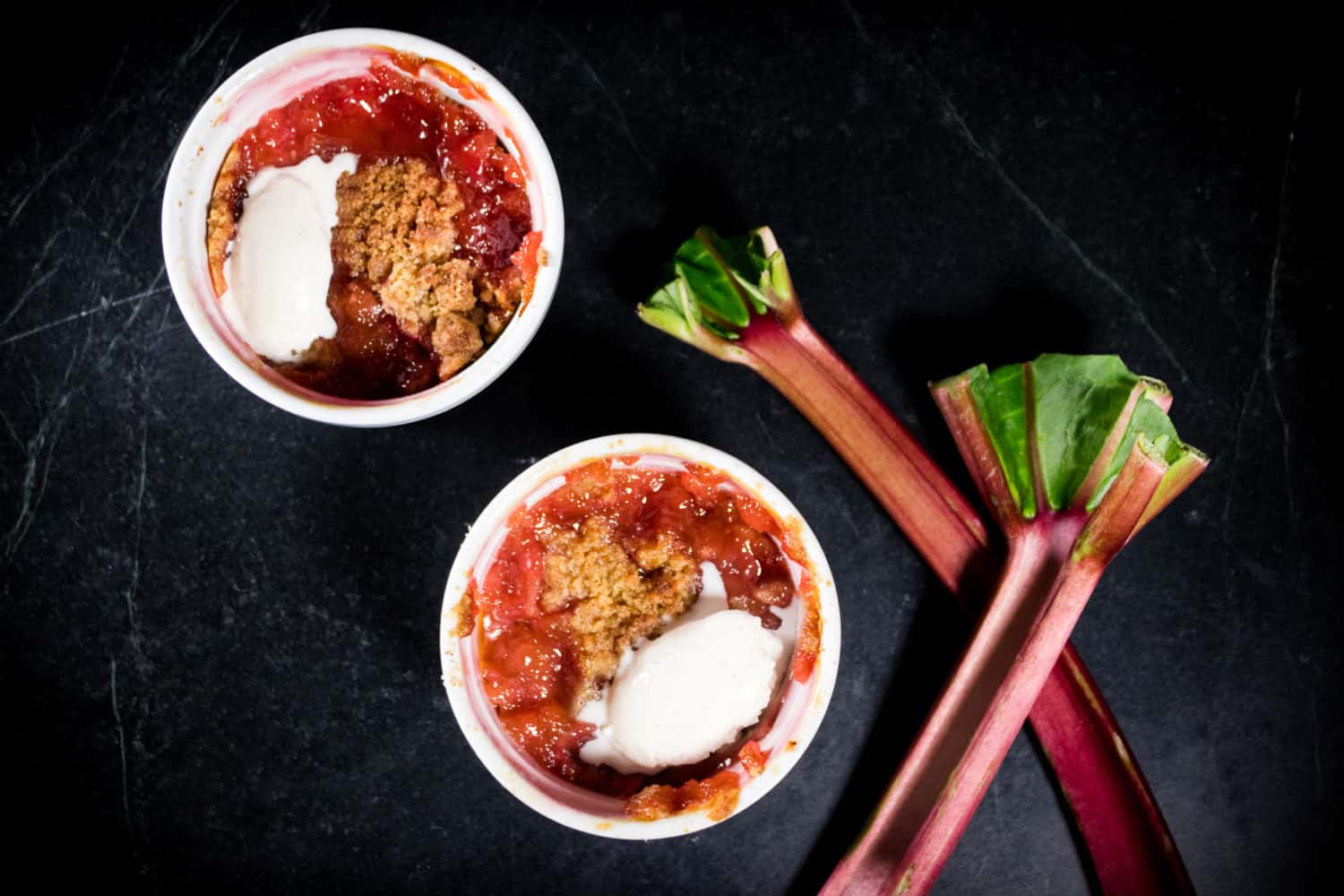 It’s here! The rhubarb is in the vicinity. Ry, being the wonderful boyfriend he is, was nice enough to grab a few stalks as soon as the first delivery of the season came in. He had been talking about bringing home some rhubarb for a few months now since it seems to get snatched up pretty quickly at the terminal, and he delivered. While it’s a fruit/plant/stalk I’ve never actually cooked with before, I now know why people are obsessed with it. I’ve also recently been told my grandmother loved it, so it must be in my blood. It’s super easy to work with, seems pretty versatile, and tastes bomb. I would say it has the taste of an unripe peach or a super tart green apple, though I’m sure plenty of people would argue with me on that. Let’s just say it has the taste of, well, rhubarb!

Each summer I try and eat as much corn and as many tomatoes as I can so that by the time the season is up, I’m kinda sick of eating them. Or I’m at least satisfied enough that I can make it till the next year to gorge myself on them again. Well, this year I’m adding rhubarb to the list. I, along with Ry’s help, am going to try and eat as much rhubarb as I can manage.

So, to start the great rhubarb feast of 2017 I figured I might as well go simple. I didn’t want anything that would distract from the rhubarb so I went with a good old classic; rhubarb crumble. Best decision I ever made. It was so, so good and so simple to make. Just a basic crumble topping and some sugared rhubarb all baked up till ooey and gooey. I did manage to top it with a small scoop of vanilla ice cream before it got ddevourred (see what I did there?!) And, I have to admit that I do have a good bit of leftover crumble topping ready in the freezer for when that next batch of rhubarb comes home. 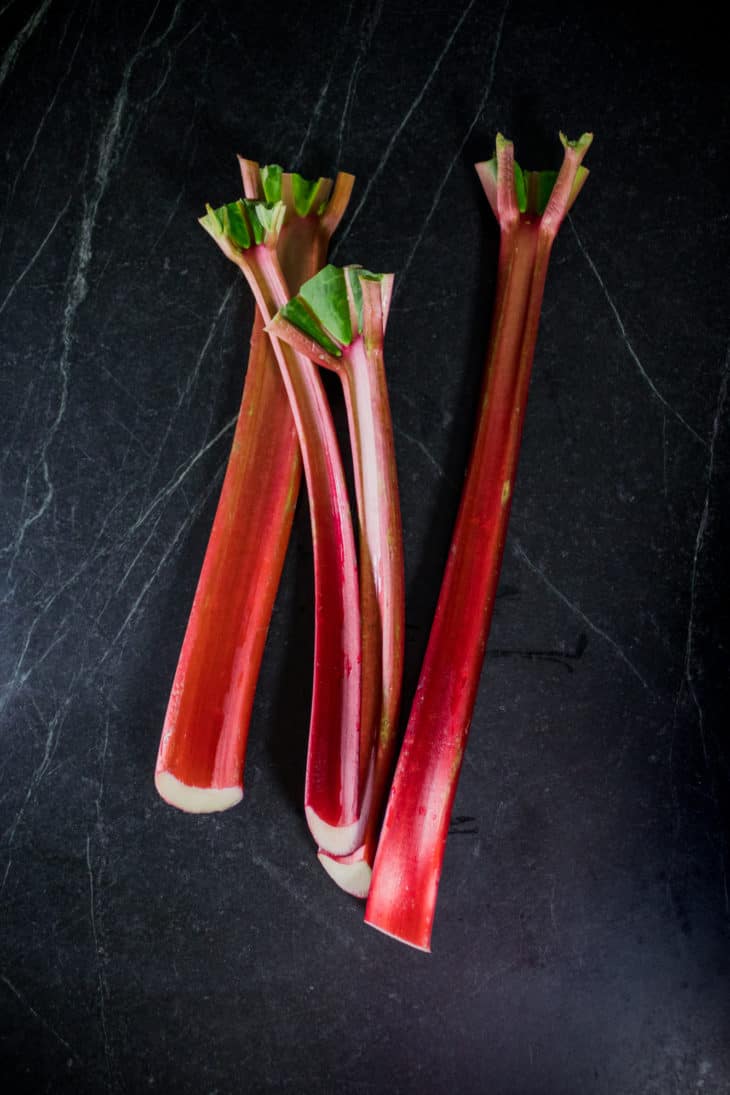 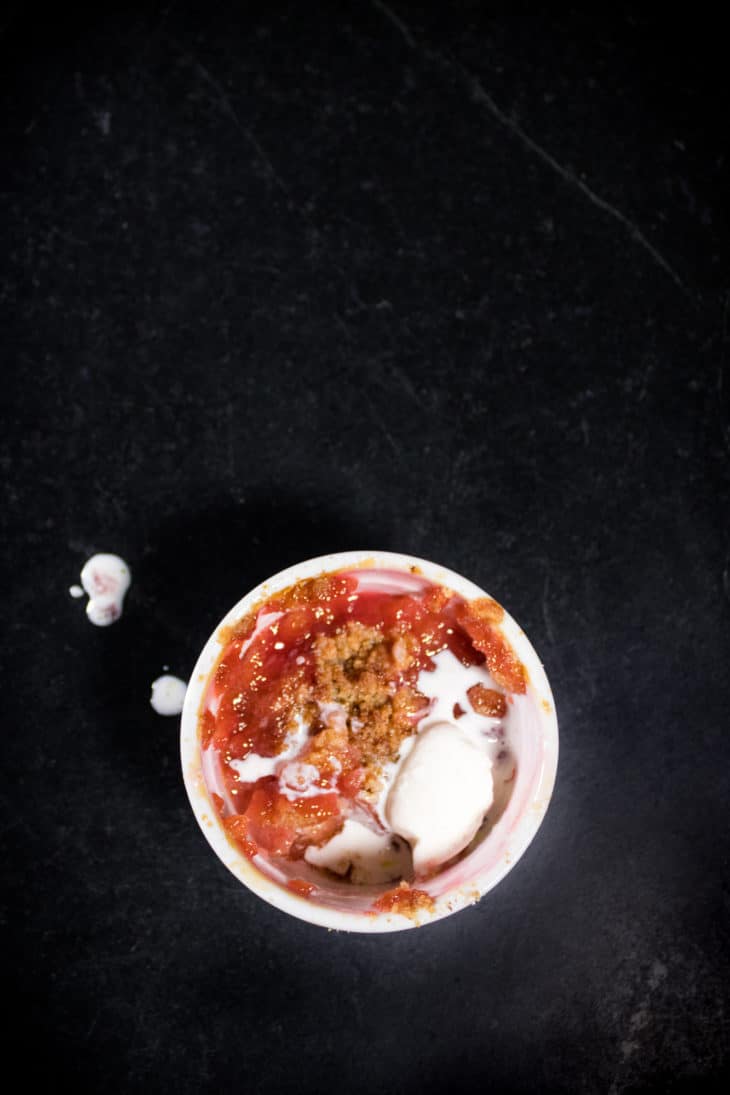 I've also recently been told my grandmother loved it, so it must be in my blood. 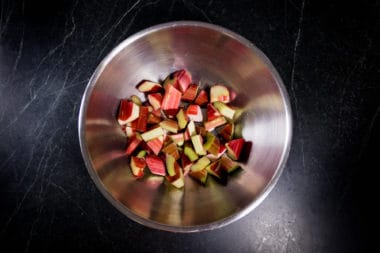 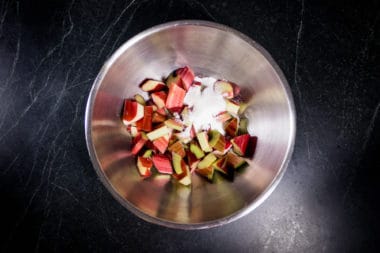 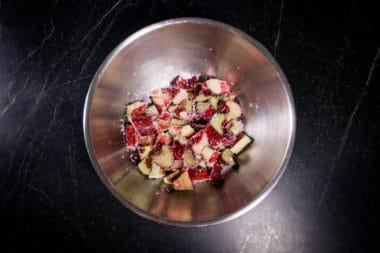 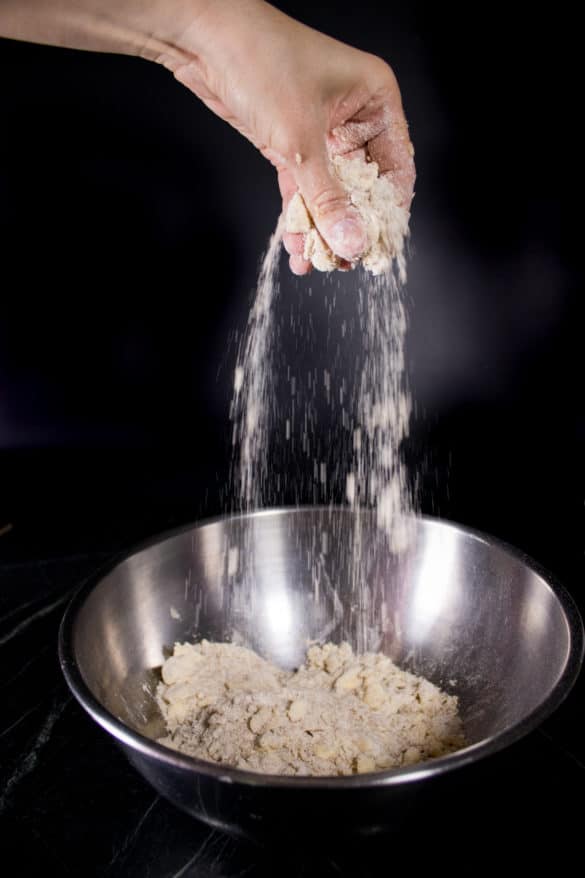 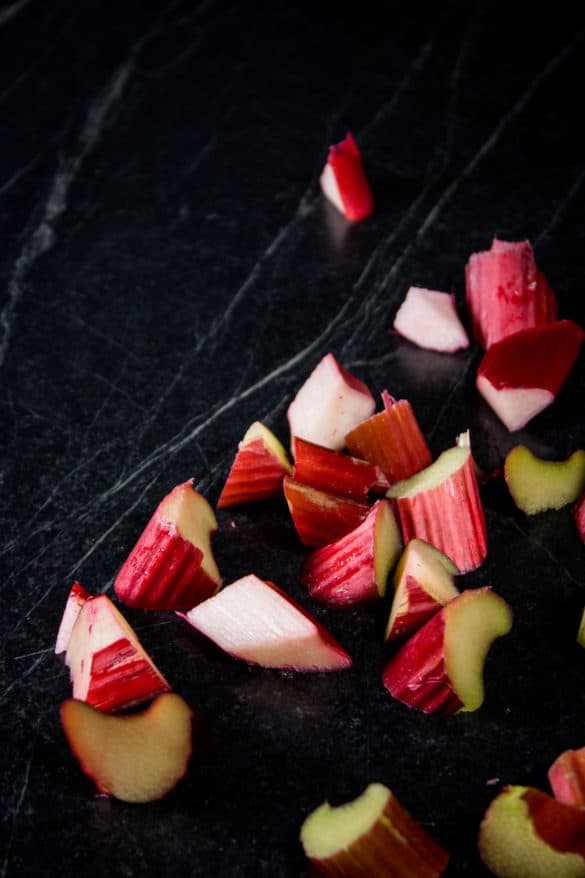 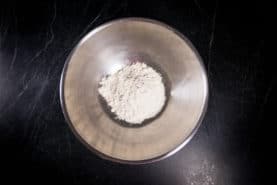 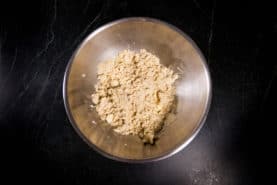 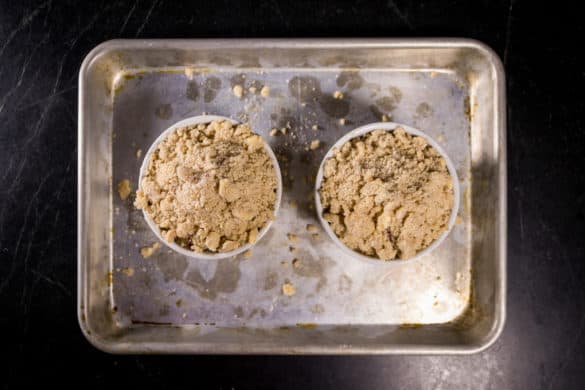 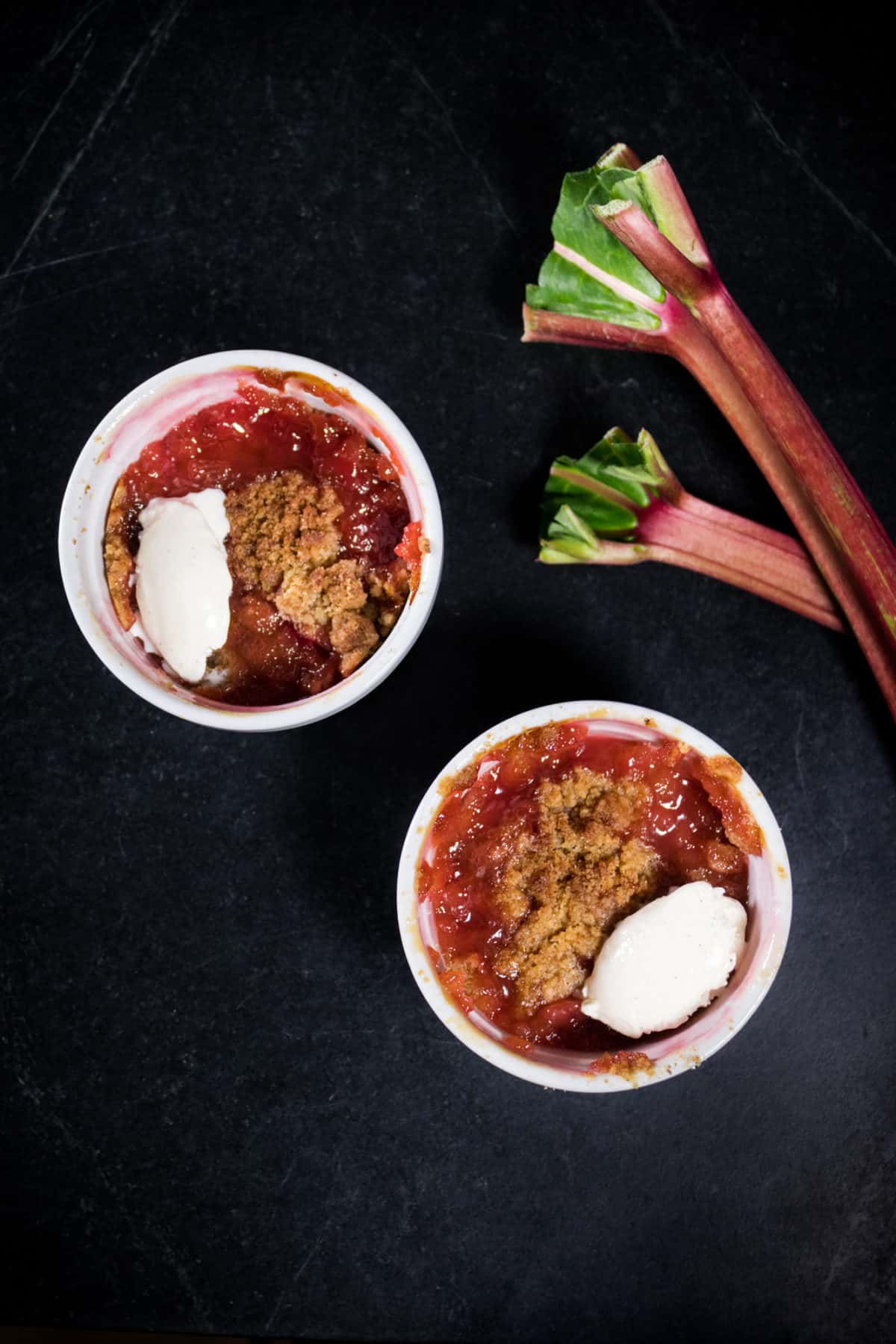 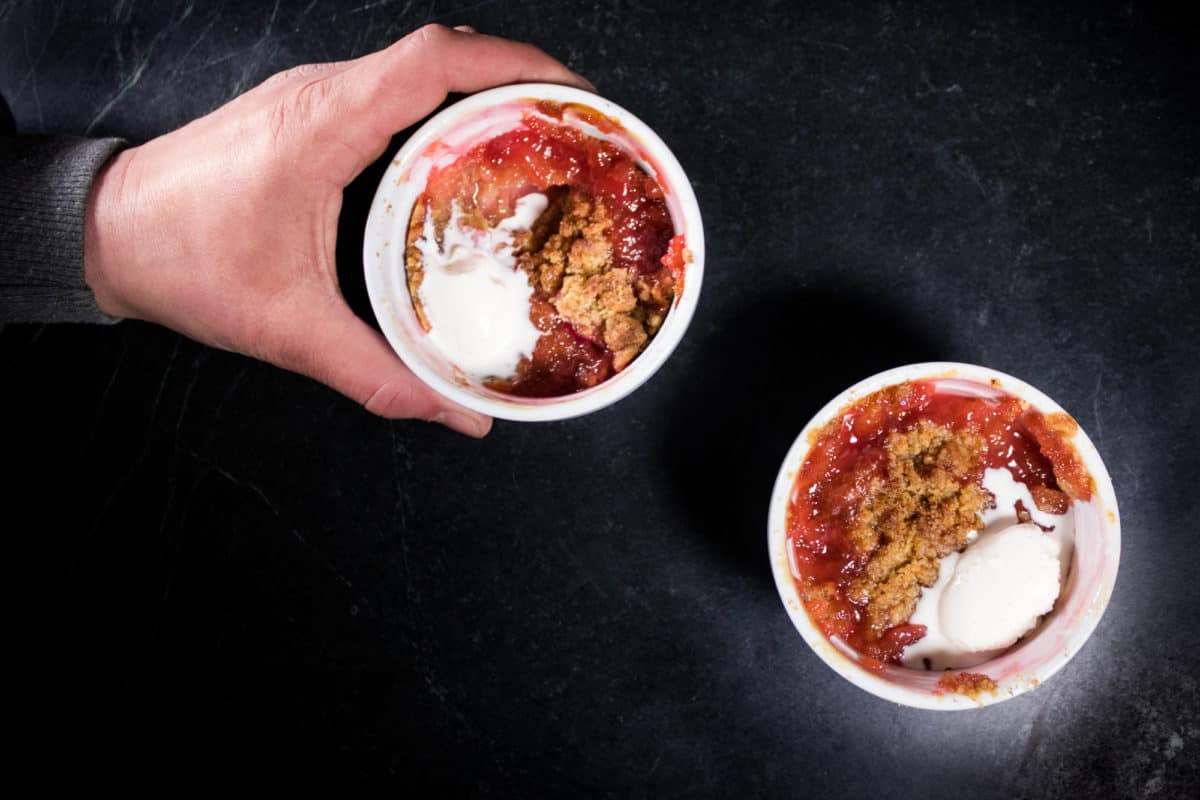 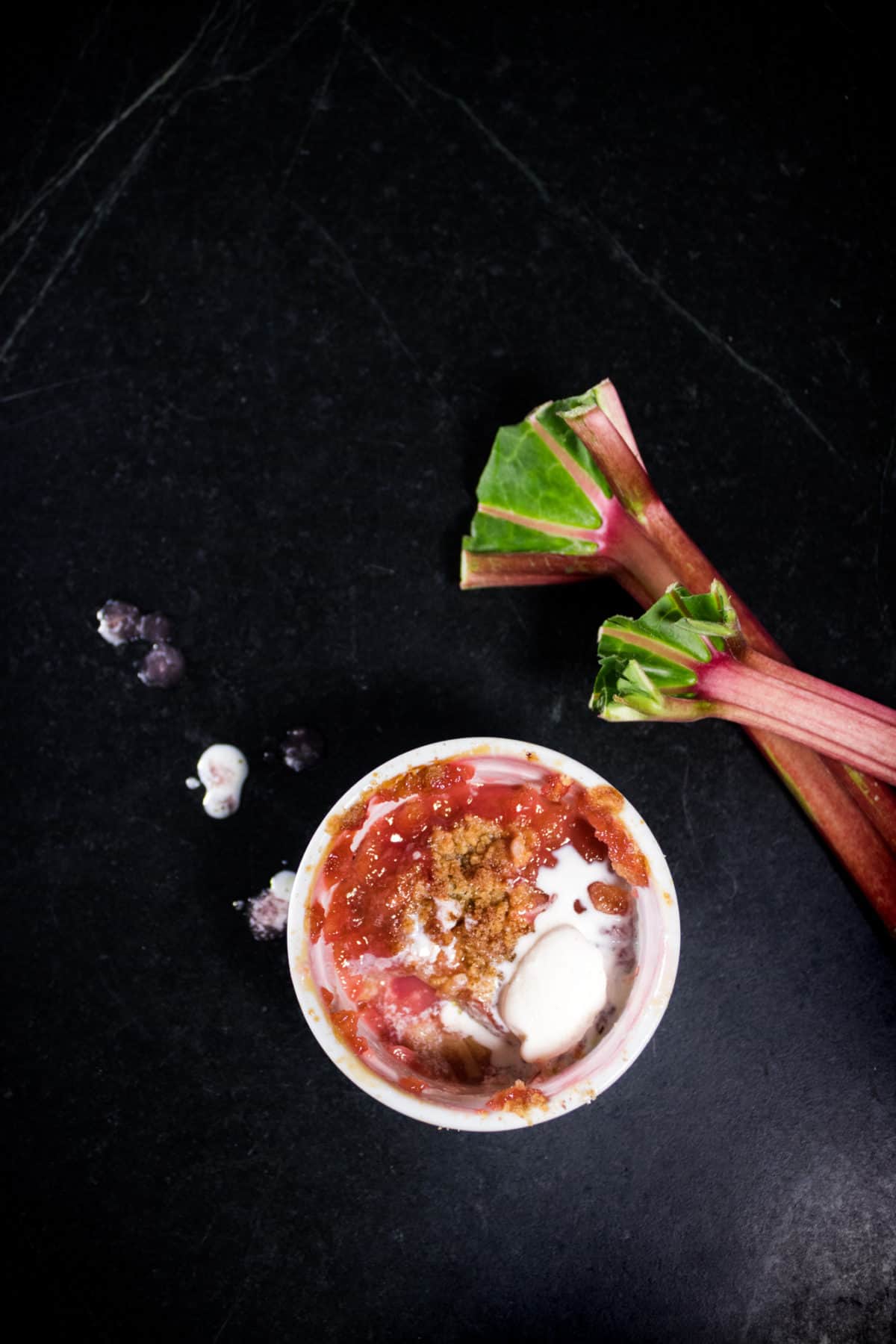 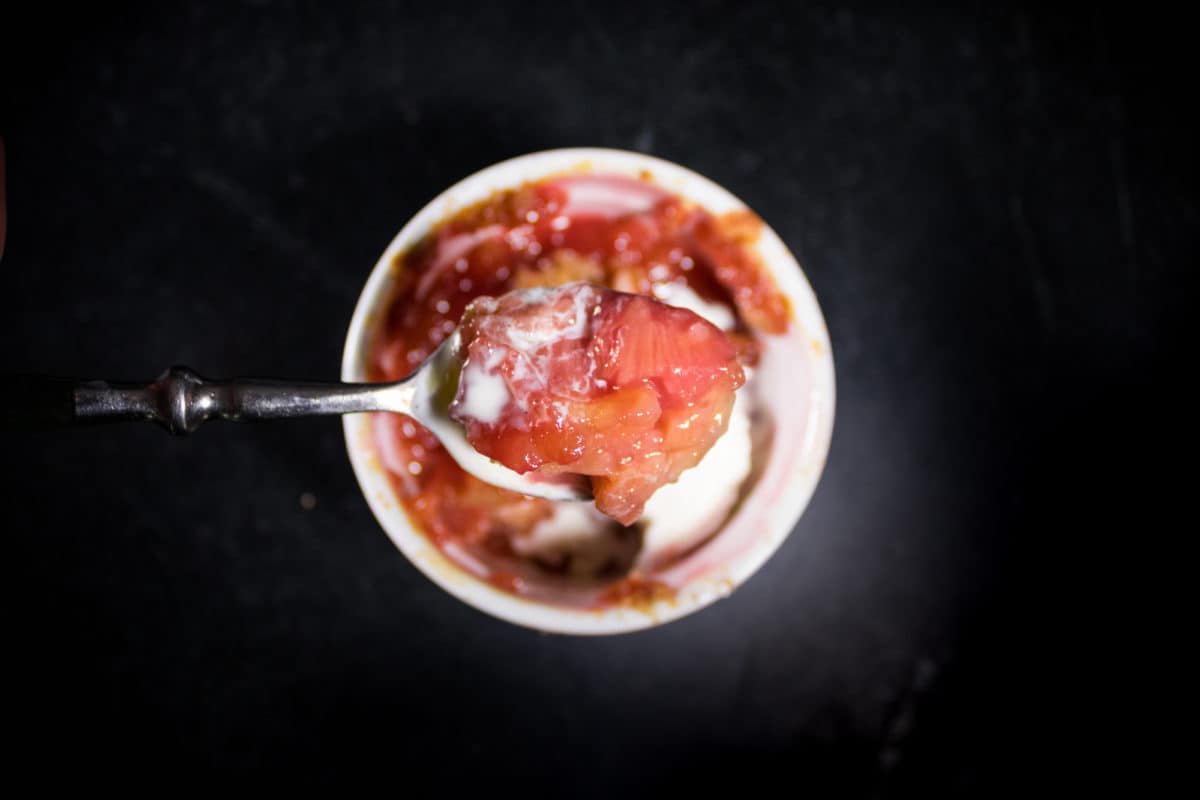 This recipe can really be made with whatever fruit you have, but if you see rhubarb, grab it. Seriously it’s so good and really easy to cook with. It’s also a great recipe cause you can scale it up or down depending. Like I said, I have a bag of extra crumble sitting in the freezer right now, so you can make individuals, or make a big dish. Totally up to you.

Adapted from Joy of Cooking

To make the crumble topping add the ingredients to a large bowl and rub the flour mixture and butter together until you have a texture similar to breadcrumbs. You don’t want it too fine and you also don’t want the butter to melt, so don’t over mix it.

Next, slice the rhubarb into 1 inch chunks and toss with sugar. Add into your baking dish, then top with as much of the crumble topping as you want.

Bake for about 45 minutes at 375°F or until the top is browned and the fruit is bubbling.

Make sure to let it cool for about 10-20 minutes before eating. That fruit is like hot lava, so chill for a sec before you burn yourself. Try and exhibit some self control here.

I would suggest topping with some ice cream. Whipped cream would also be good choice, or just eat it as is. It’ll be delicious either way! 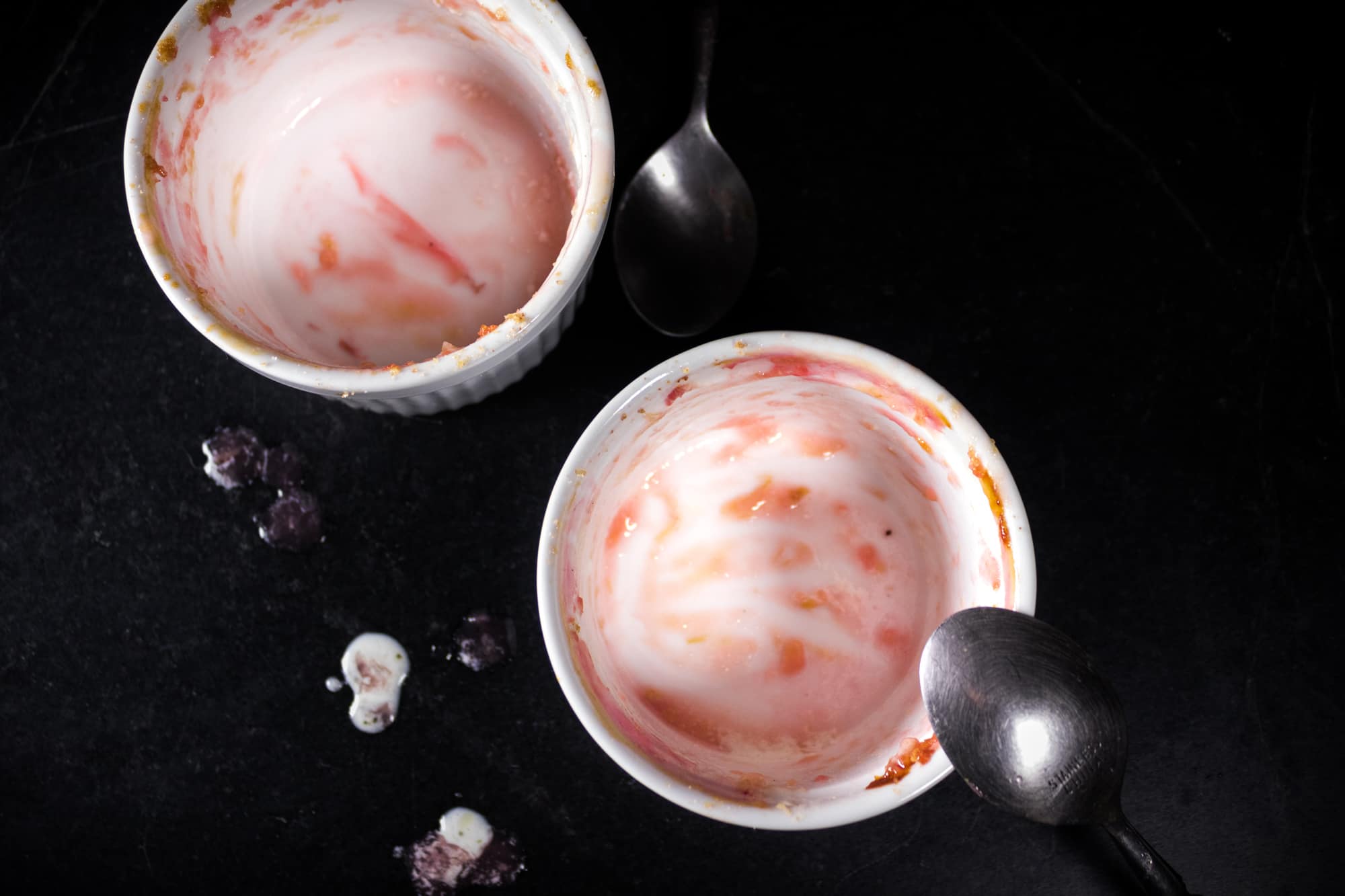 One thought on Rhubarb Crumble 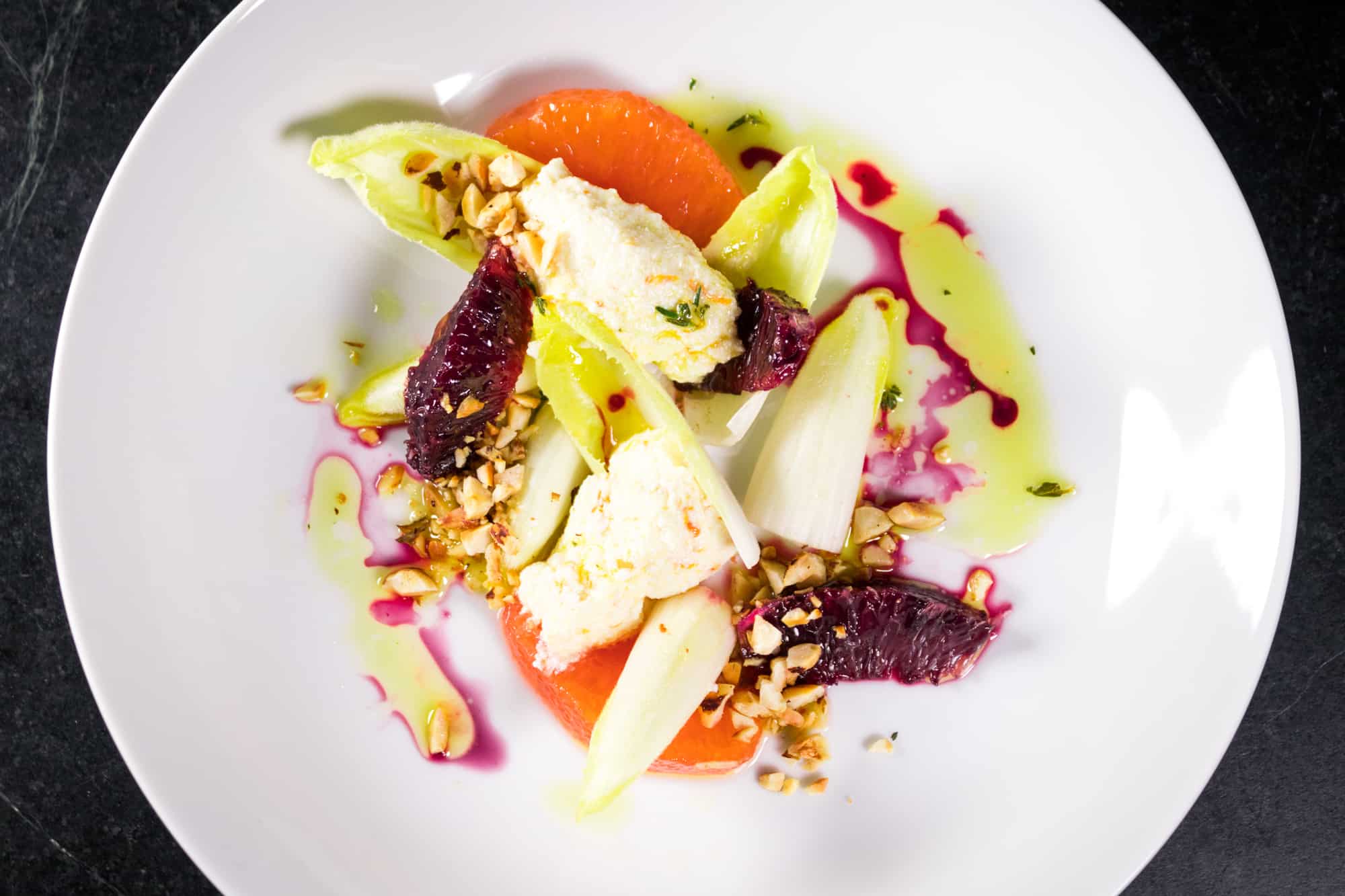 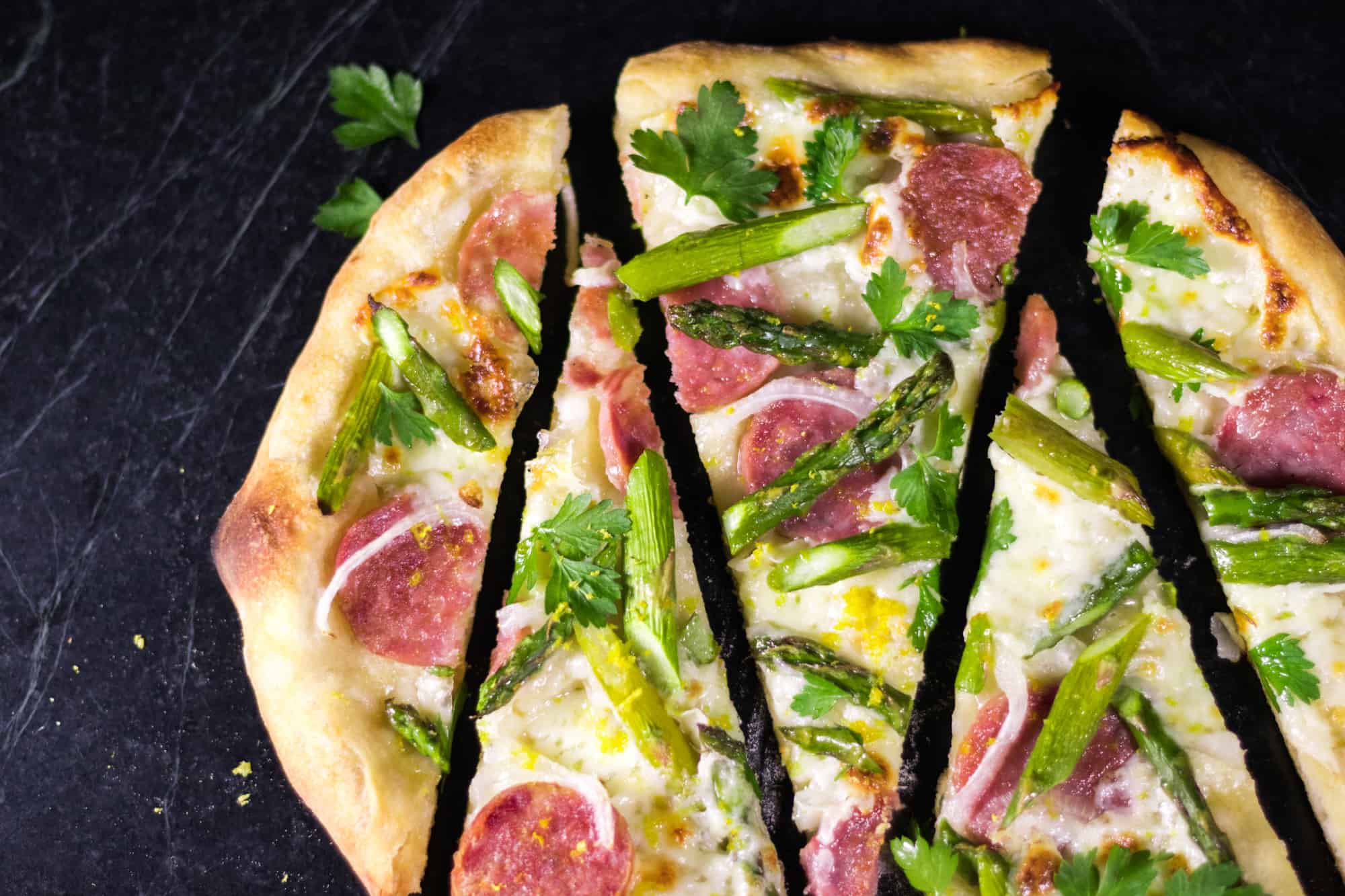