Dad's Ribs | It's All About The Spice Rub
Skip to content 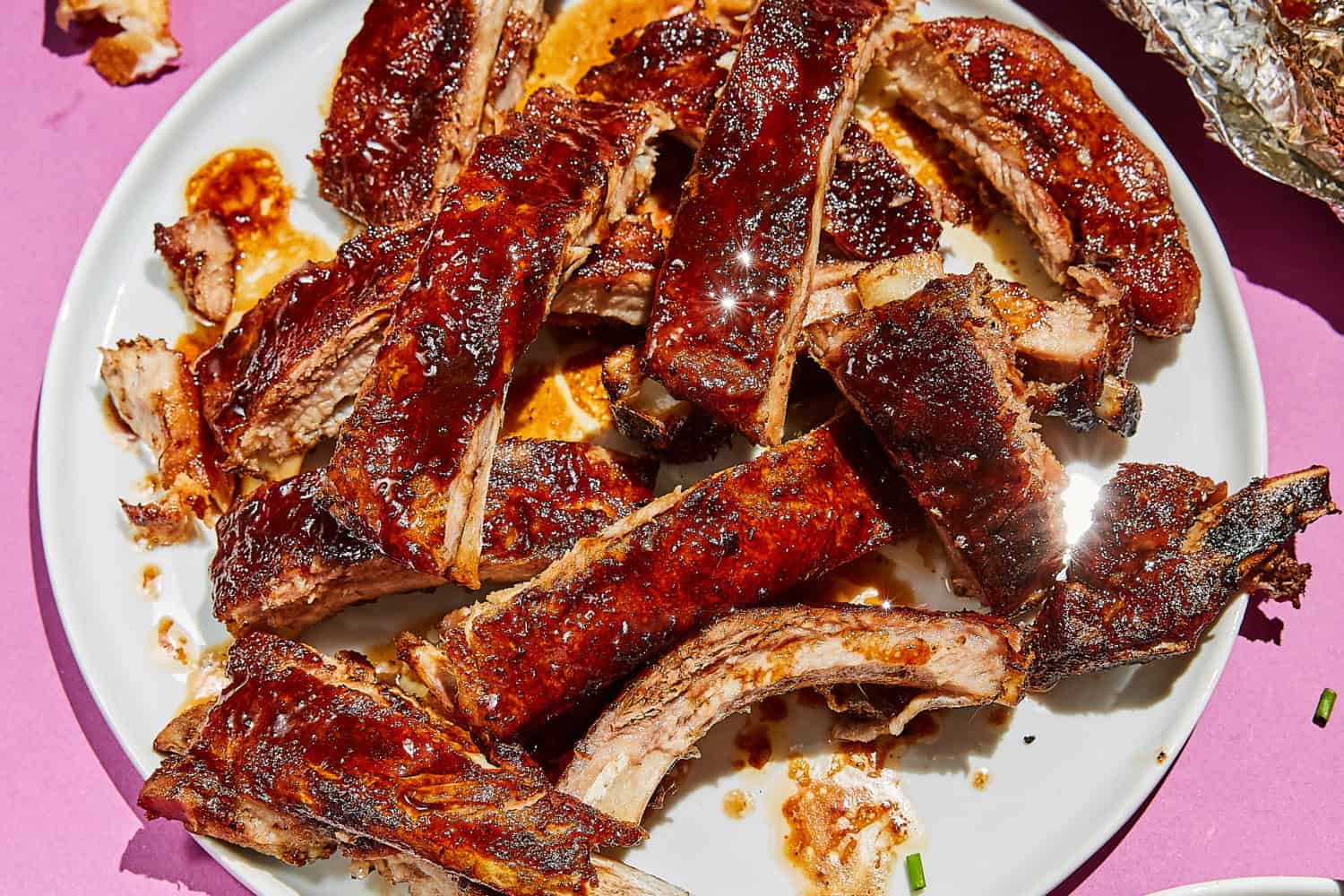 As summer is approaching I start getting a little nostalgic about all the delectable items I’ll be eating over the coming months. And one of those items is my Dad’s ribs. It’s a very “summer” meal as far as I’m concerned. My Dad would always make them out on the grill and we would eat them with plenty of his coleslaw, probably some Jersey corn, thick sliced Jersey tomatoes (shout out to NJ), maybe my mom’s potato salad and my grandmom’s pickled eggs. It’s a real family affair here. But, considering the current climate, that prob isn’t gonna happen any time in the near future. So in the time being, I can at least make them here for Ry and I, eat em in the yard, play some Dick Dale, open a beer and enjoy just being outside.

Luckily when I asked my Dad if he could send over a recipe for his ribs he texted back with all the details in about 5 mins along with his coleslaw recipe. (Thanks Dad!) Dude is serious about his ribs, and honestly they are that good.

I had never made these before, mainly cause if he was doing it why would I? But after attempting to make them, I realized it’s all a pretty simple process. You just need to be on top of your seasonings, temps and time. And the majority of the cooking can be pretty hands off if you do them in the oven like I did. You can also do the whole thing on the grill if that’s your vibe, just keep an eye on your thermometer to make sure you’re cooking them low and slow.

The other nice thing about these ribs is you really only need to get ahold of some ribs and BBQ sauce, assuming you have a decently stocked spice cabinet. The spice blend is what makes these, at least for me. He’s tweaked the spice rub over the years and it’s a nice mix with the fresh black pepper, brown sugar and fennel.

I’m planning on trying out some other seasoning variations this summer as well. Maybe a five spice variety, a sweet gochujang version, a cumin heavy one perhaps? If you have any suggestions leave them in the comments below! 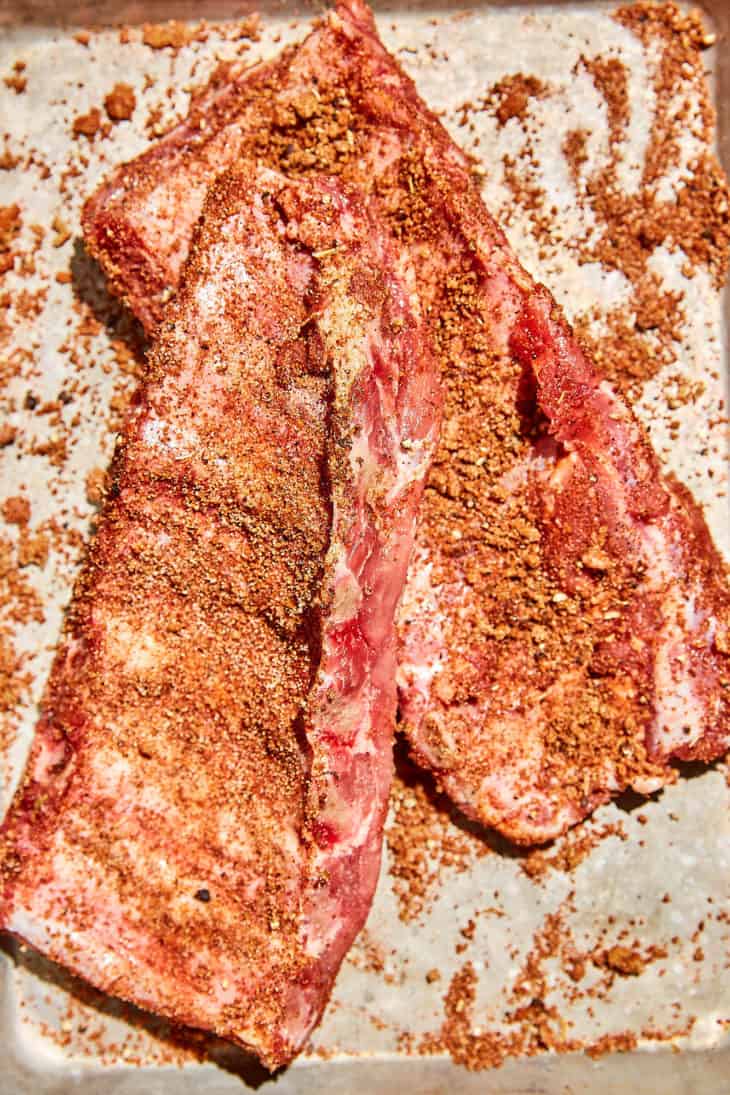 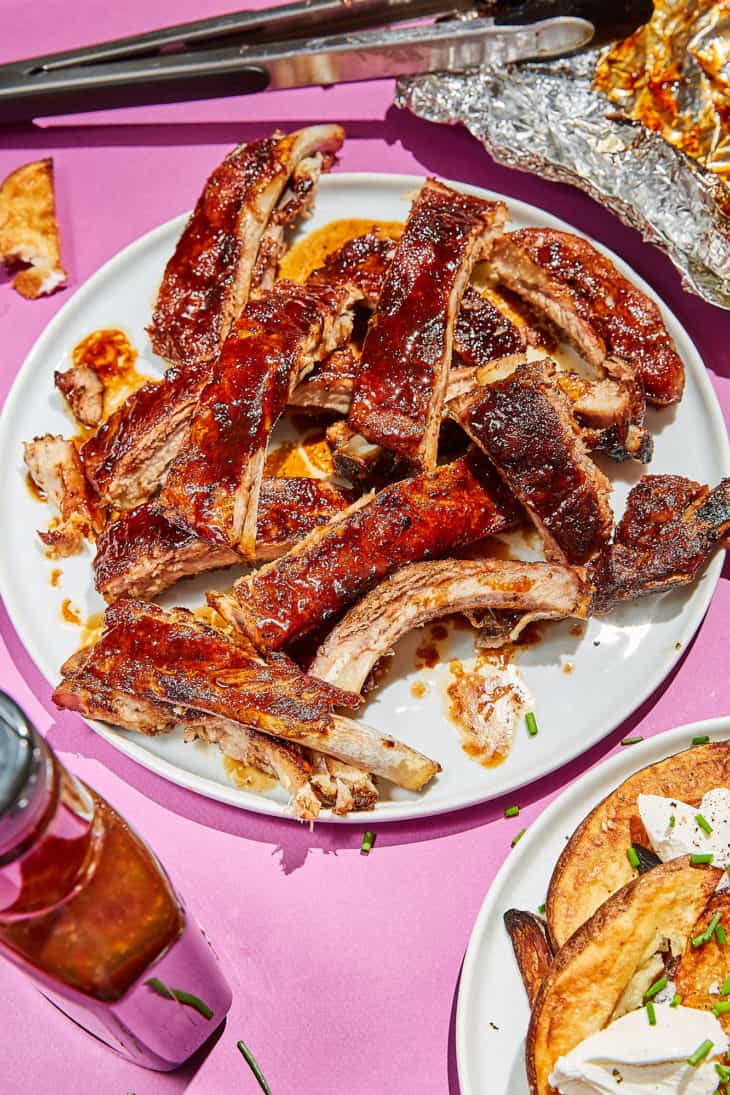 considering the current climate, that prob isn’t gonna happen any time in the near future. So in the time being, I can at least make them here for Ry and I, eat em in the yard, play some Dick Dale, open a beer and enjoy just being outside. 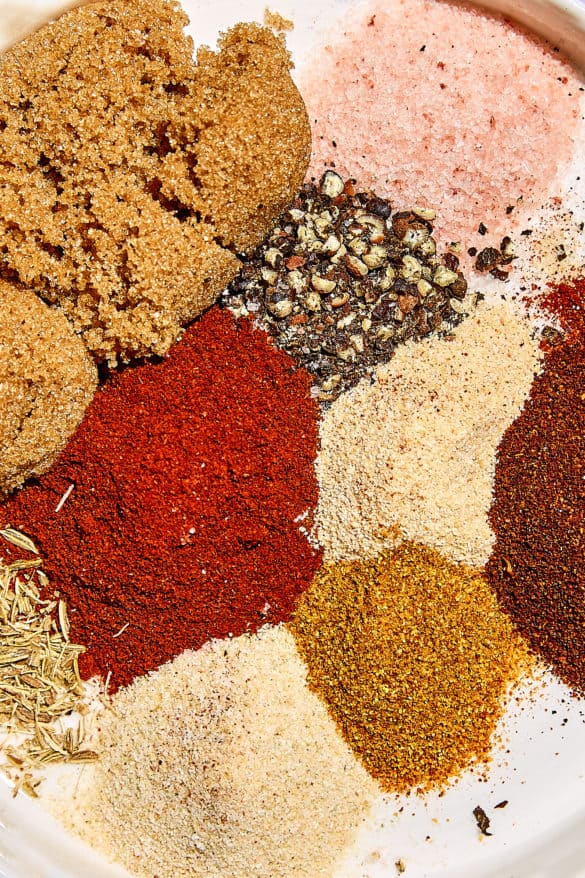 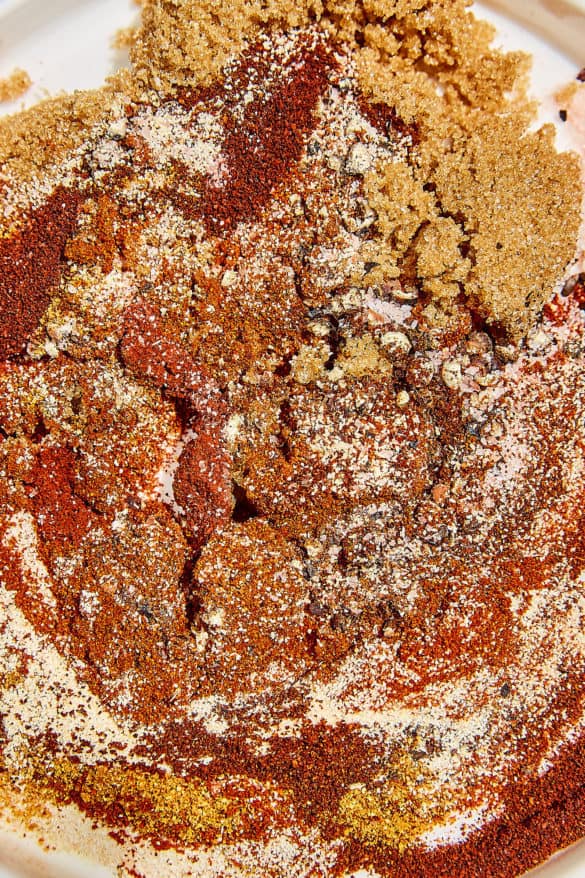 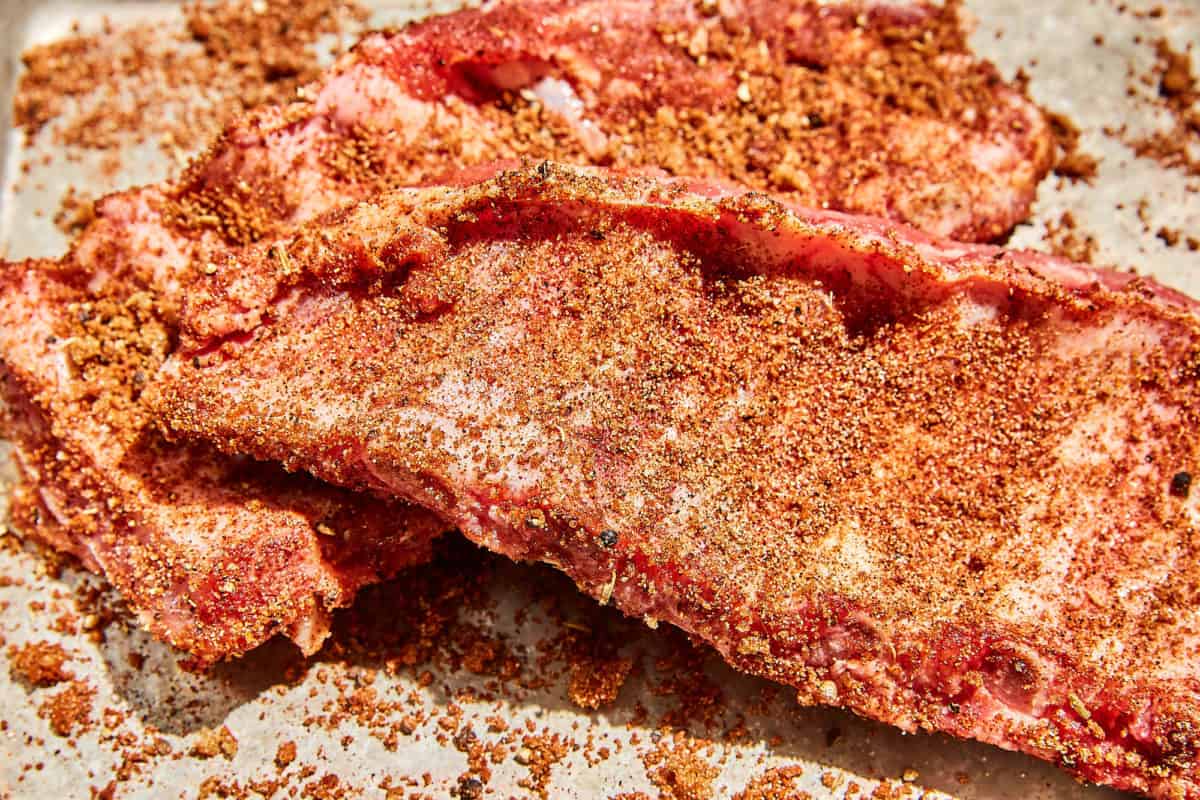 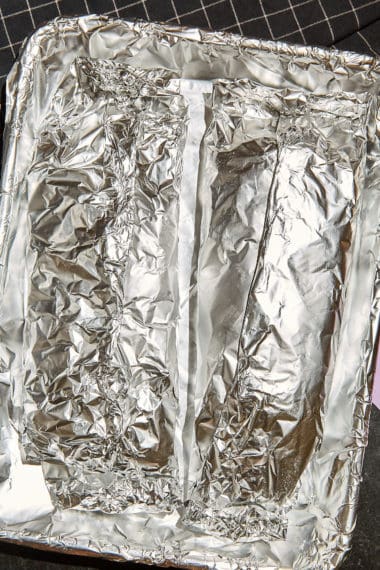 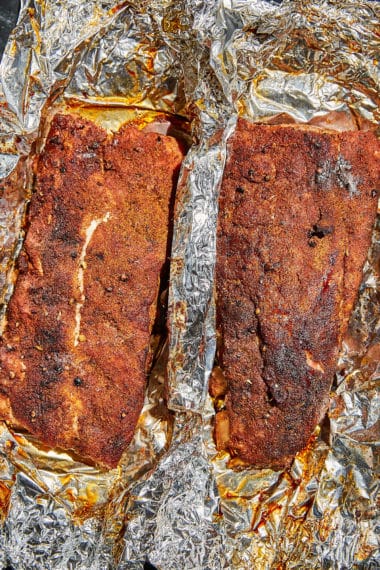 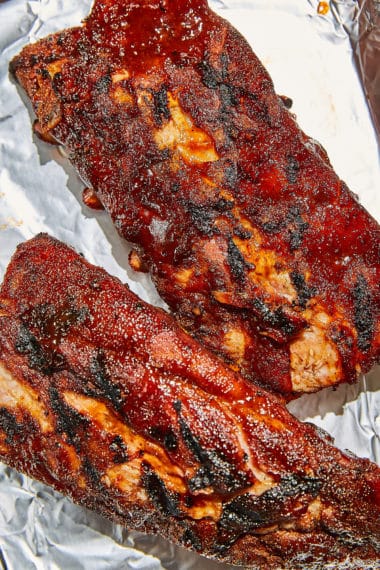 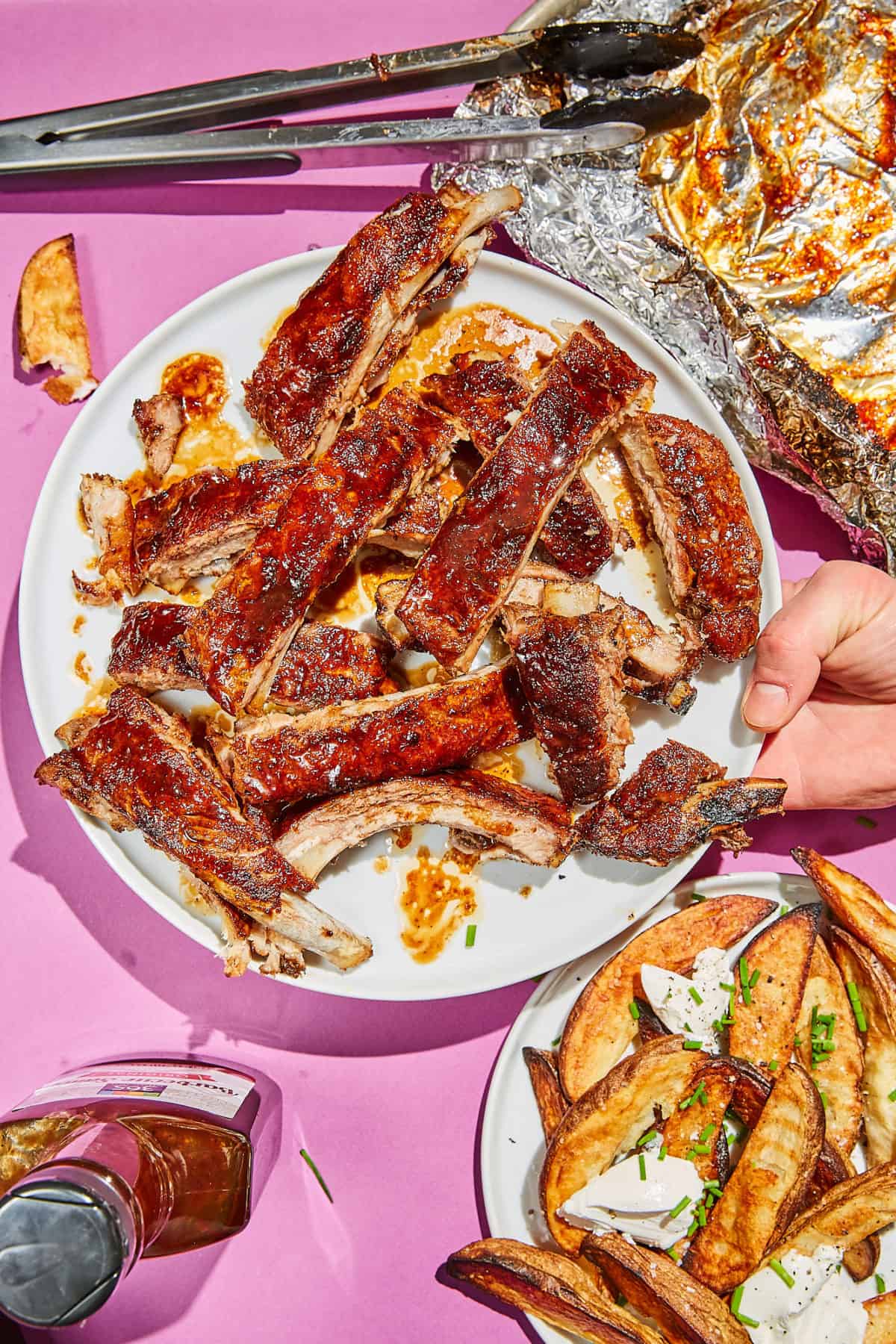 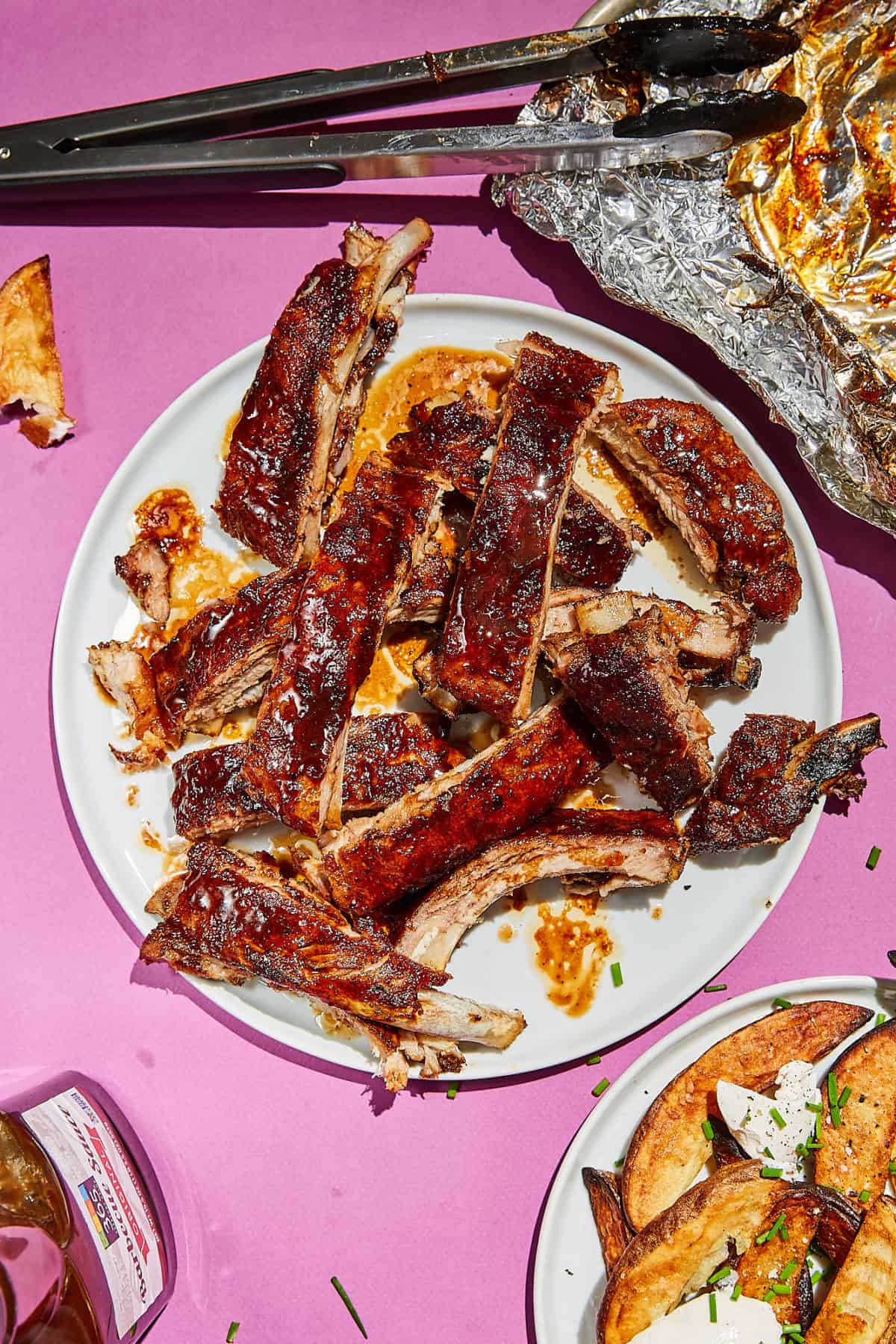 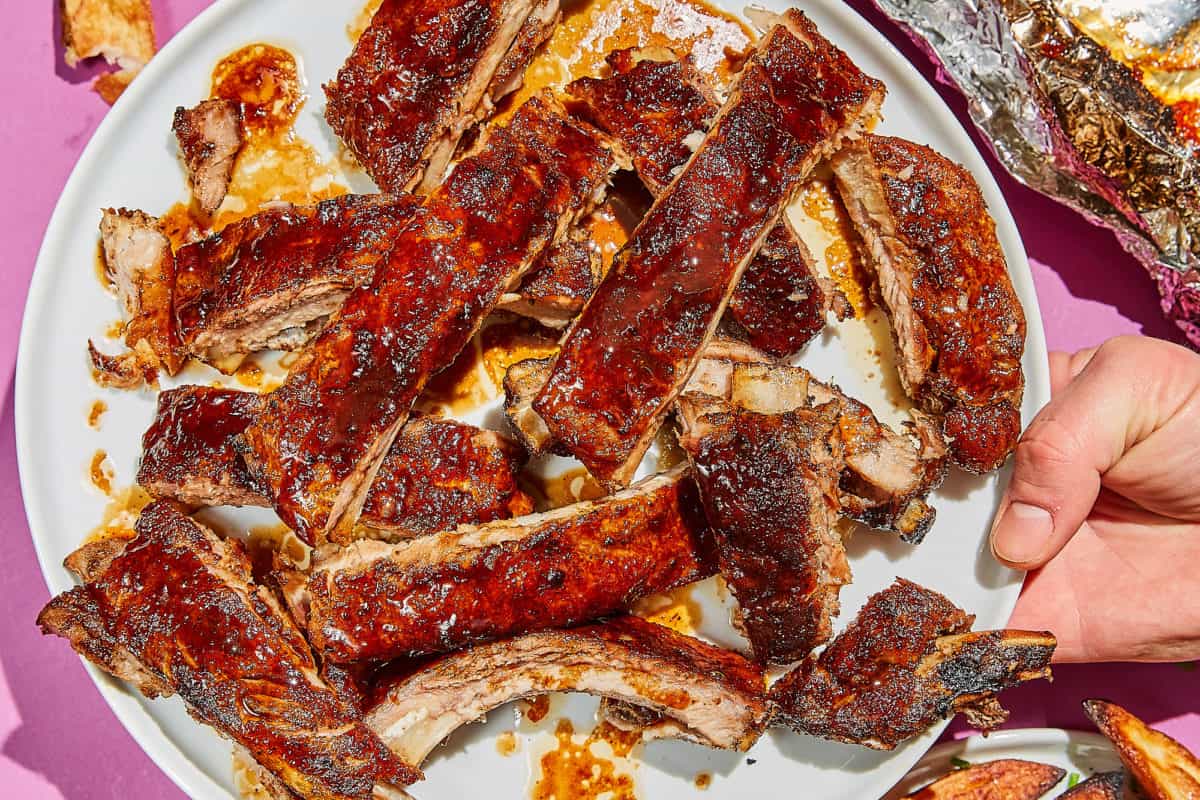 it's all about the spice rub

Recipe for the spice blend is in volumetric parts. I used tsp here, that was enough for about one rack. So scale up or down as needed. You can also make a bunch and store it to use next time.

Rub down ribs with spice mix.

Wrap tightly in foil and place on a foil lined tray.

Bake at 225°F (105°C) for 2-3 hours. You want the ribs super tender and fully cooked at this point, but don’t worry about having any color or char yet.

Snip a hole in the foil to drain out and save any liquid released while the ribs were cooking. Mix that liquid with about 3/4 C of BBQ sauce and slather all over ribs. You can grill them, brushing with more BBQ sauce and letting them char on each side, or broil them in your oven, till the sugars in the BBQ sauce are sticky, bubbly and just start to char.

Let ribs cool for about 5 mins, then slice up and eat with some extra BBQ sauce on the side. 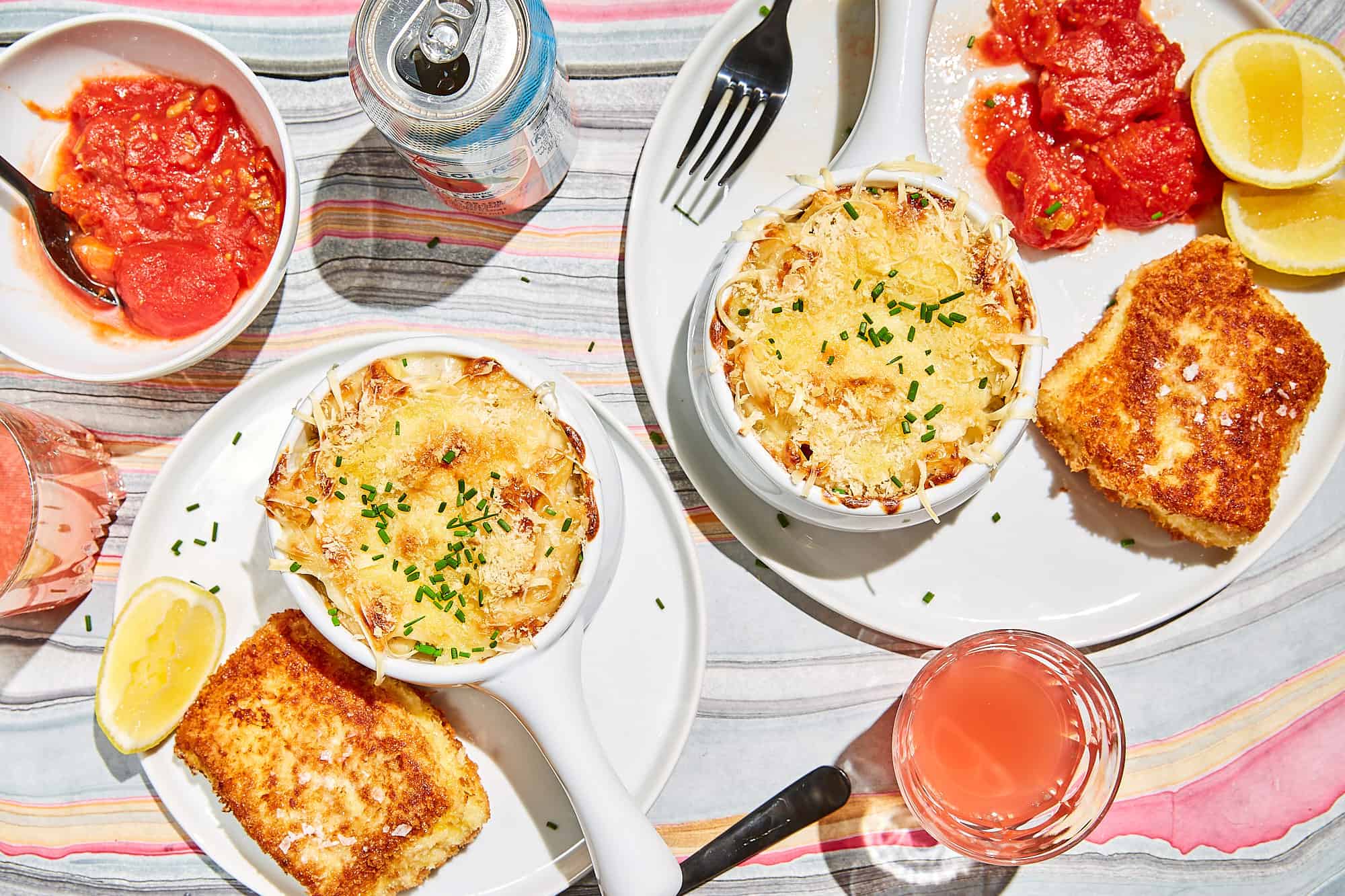 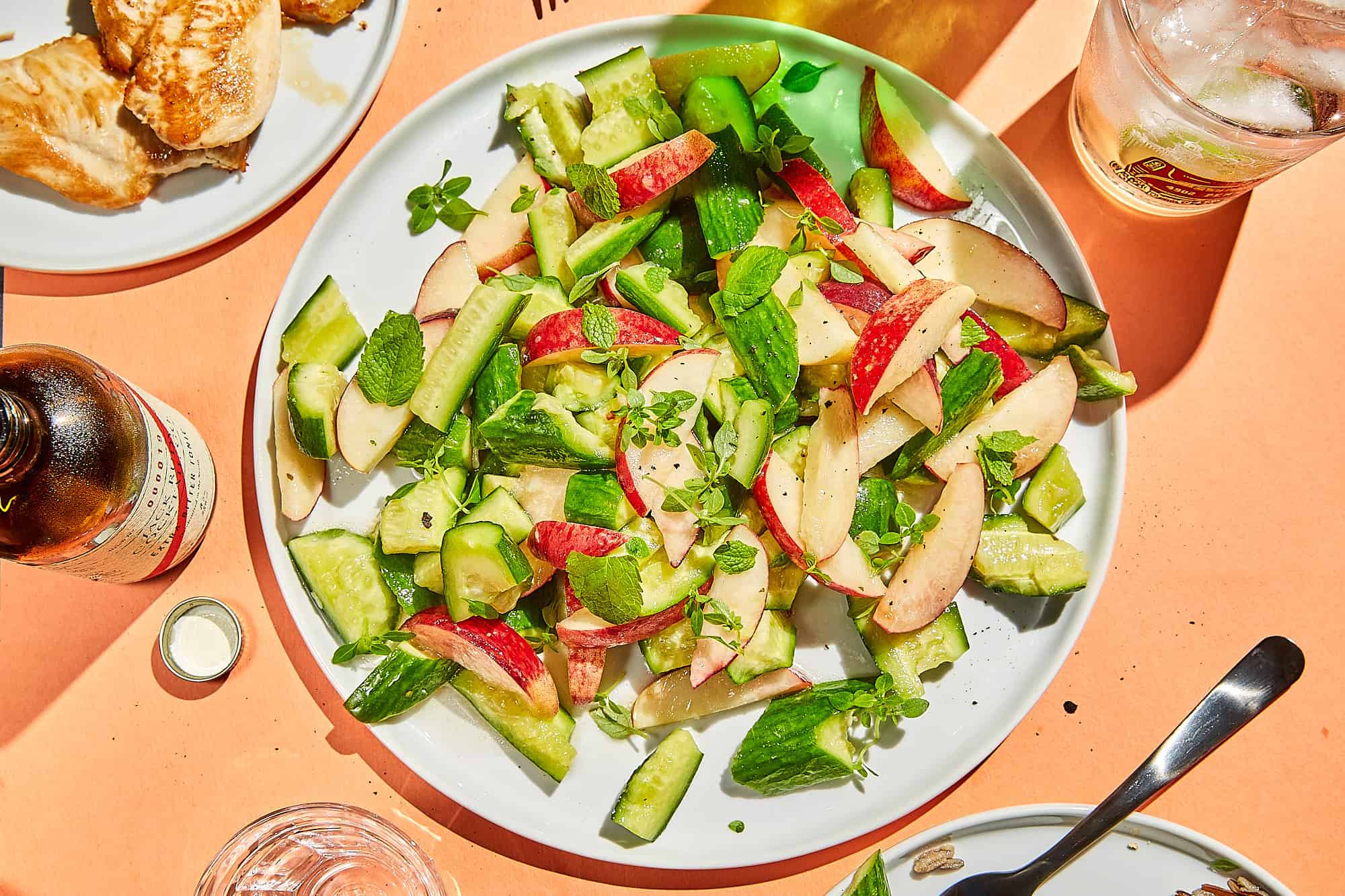 Everyday I'm wafflin' 🧇 Made a ton of blueberry

It's BLT season, and I got the sammie spread of yo

Hot doggie! 🌭 Who's ready for the weekend? I wa

Brekky for dinner thing going on. Plus, I have a t

Made some Berry🫐+ Mango🥭Oat Bars the other d