Pickled Eggs - The way my grandmom made 'em
Skip to content 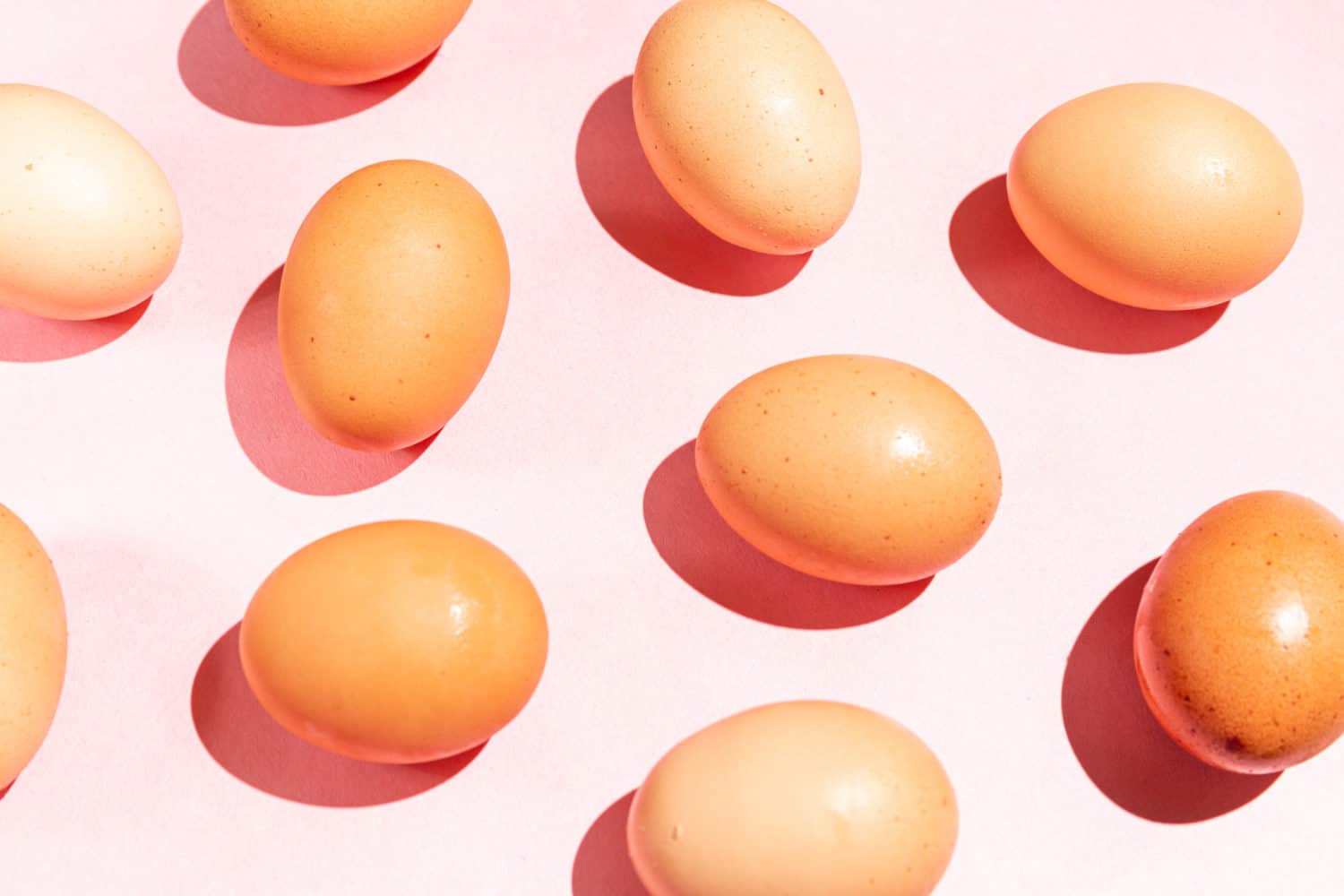 This may be one of those recipes that throws you off at first glance. If you’ve never had em, and you’re first emotion is fear when reading “pickled eggs” just trust me for a few minutes, I promise this won’t be a waste of your time.

I grew up eating these glorious jewel-toned beauties. My grandmother would make them every Christmas and she would make enough that I would be eating them out of a massive jar stashed in the fridge for days afterward. I had always just assumed she had a top secret, complex and lengthy recipe which is why I only got them once a year, but more recently, I’ve learned it’s actually a pretty simple recipe. It’s just that my mom probably didn’t want me making pickled eggs year round due to the complications that may ensue with a kid and some highly pigmented, deep-red beet juice.

The whole recipe is mainly just some boiled eggs, vinegar, beets and onion. They’re slightly sweet, a little bit sour and very delectable. And, if you’re still freaked out just keep in mind that these aren’t fermented at all, just pickled in the sense that they’re chilling in some vinegar for a day or two.

Nowadays I make them pretty much whenever I have a craving for them, not just for the holidays. I would also like to add they’re quite a good side dish to any summer bbq and they pair great with my Dad’s ribs and Mom’s potato salad. 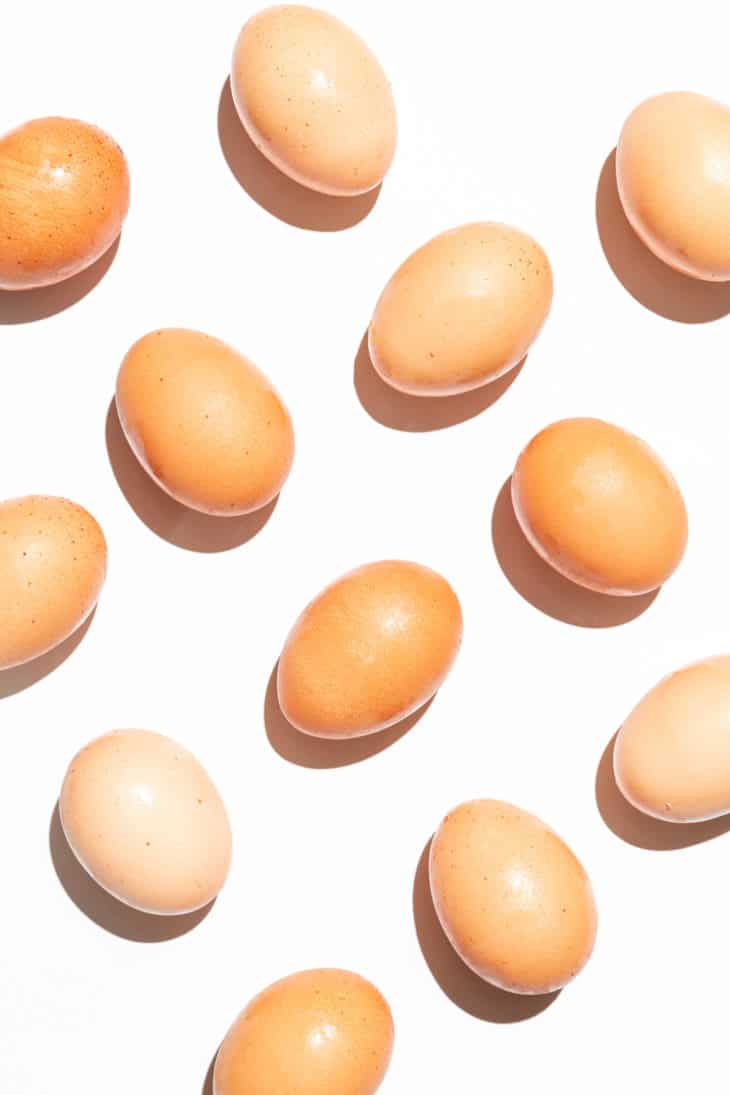 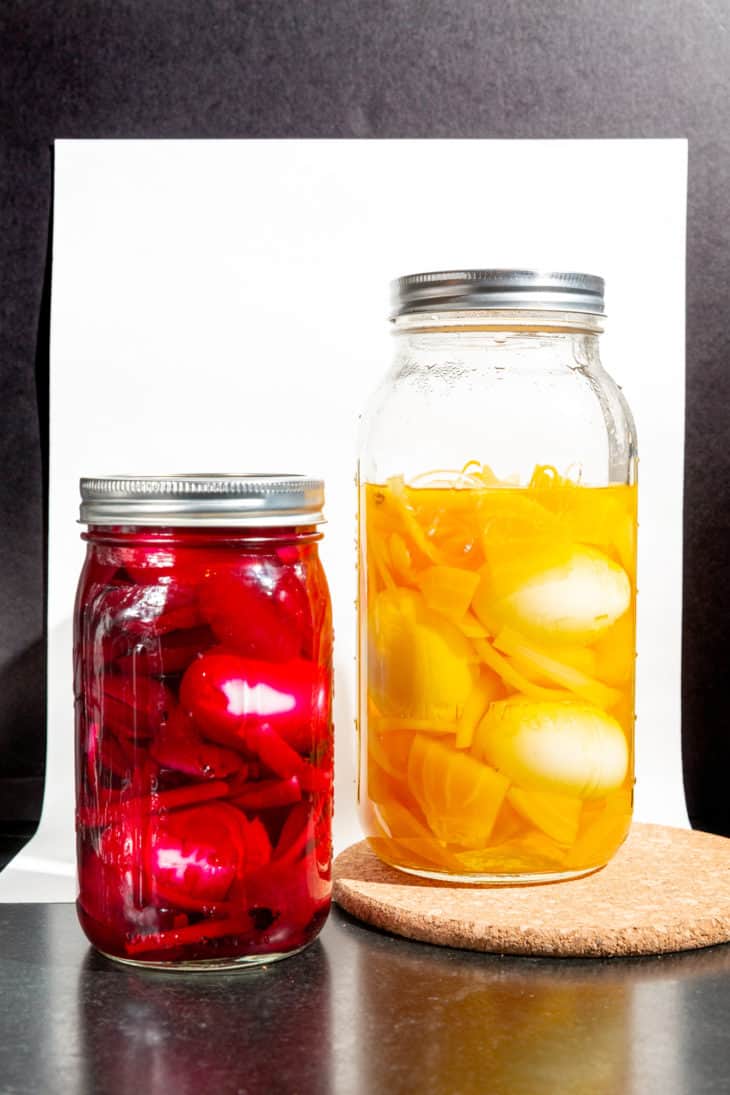 my mom probably didn’t want me making pickled eggs year round due to the complications that may ensue with a kid and some highly pigmented, deep-red beet juice. 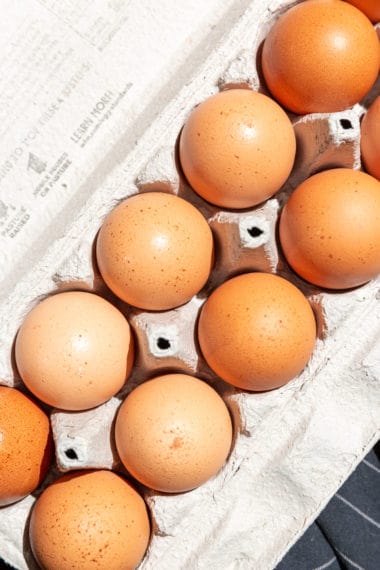 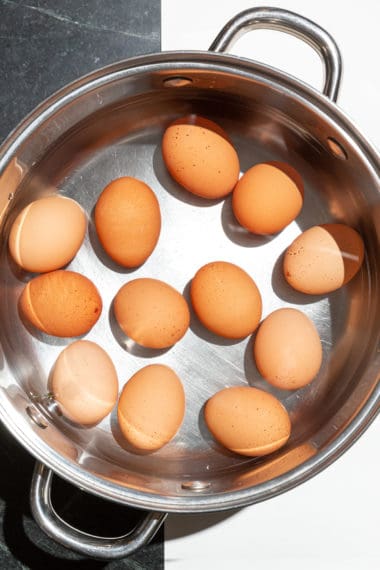 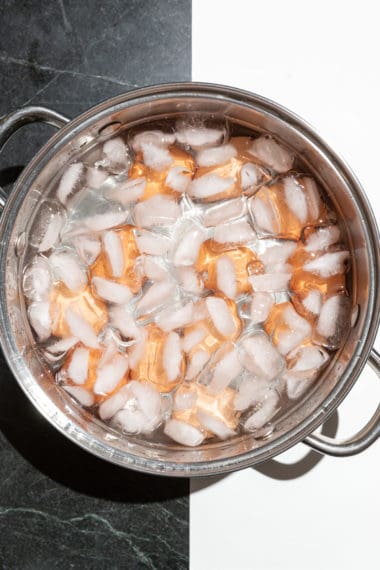 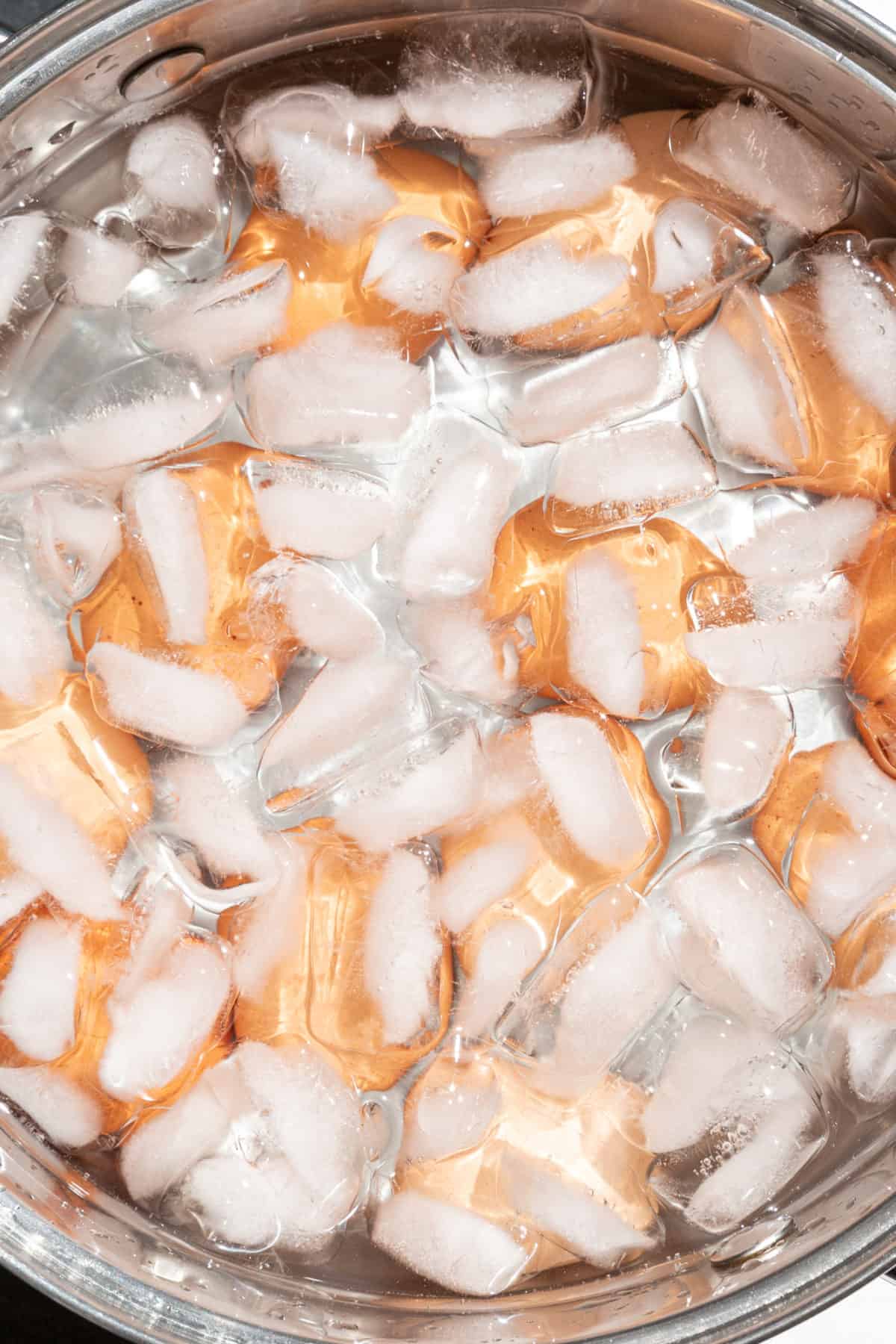 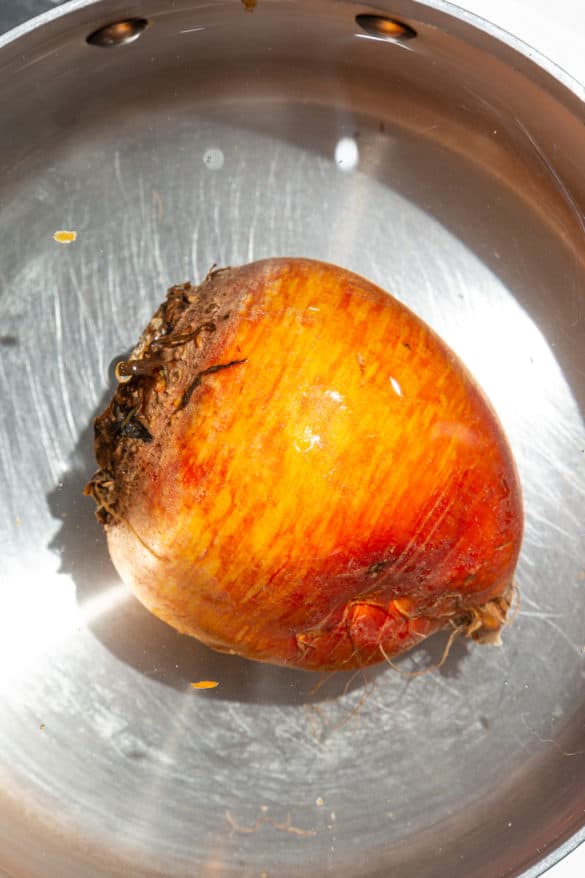 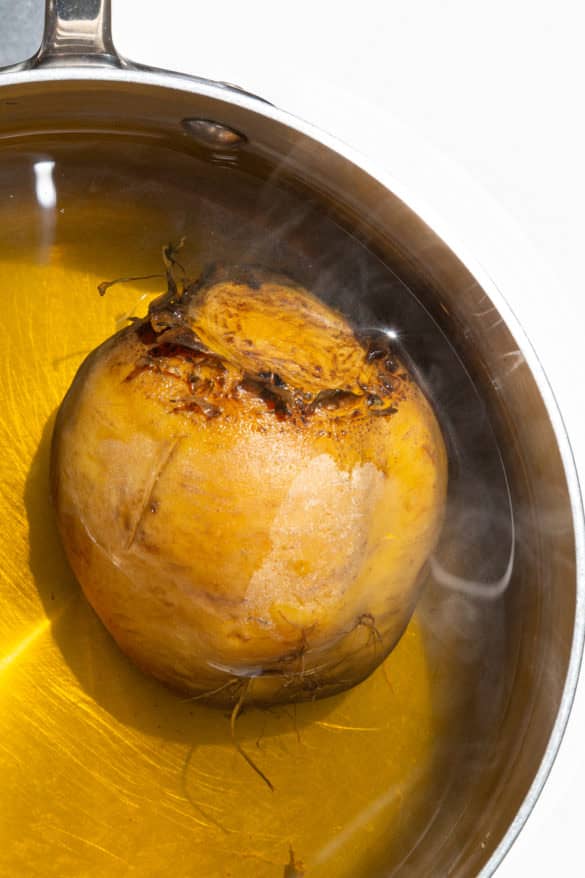 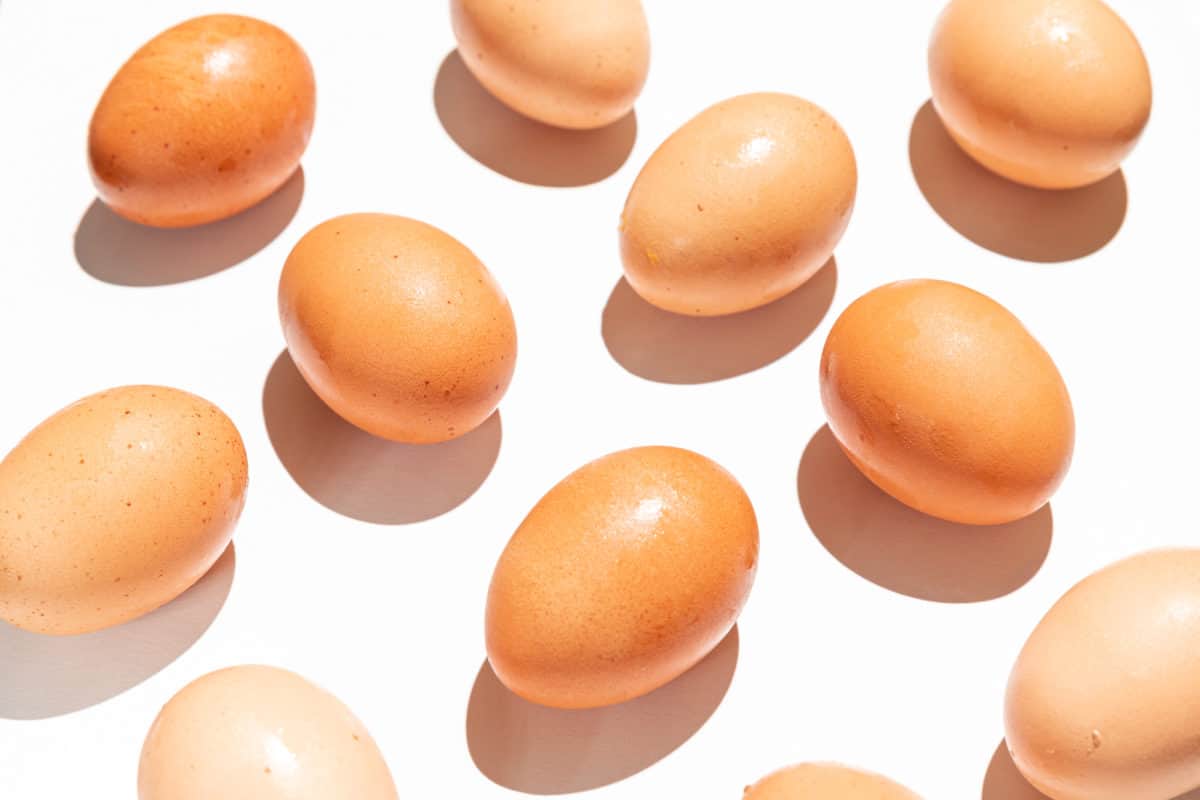 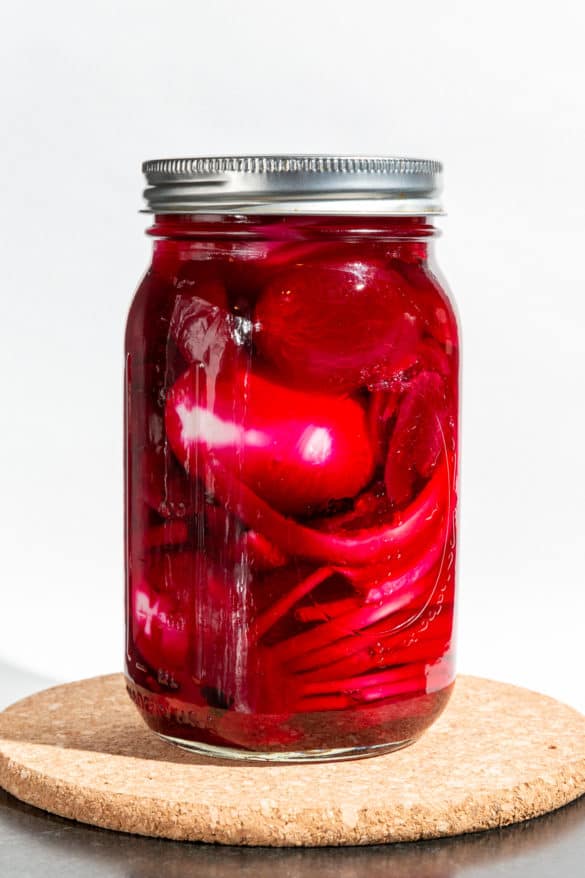 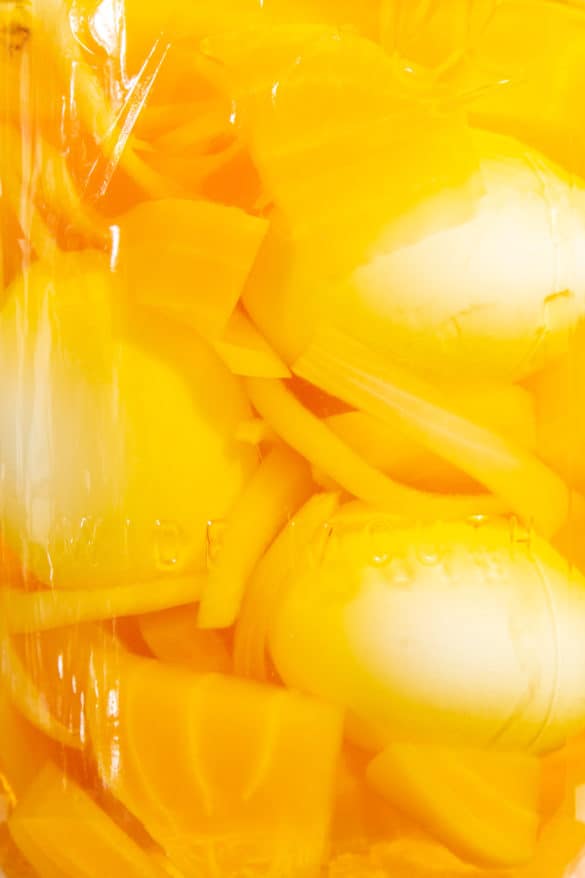 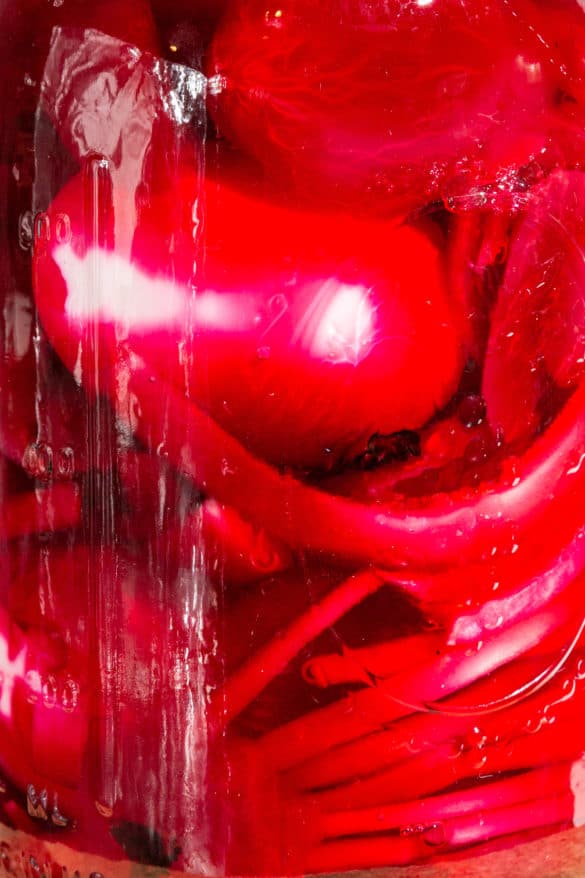 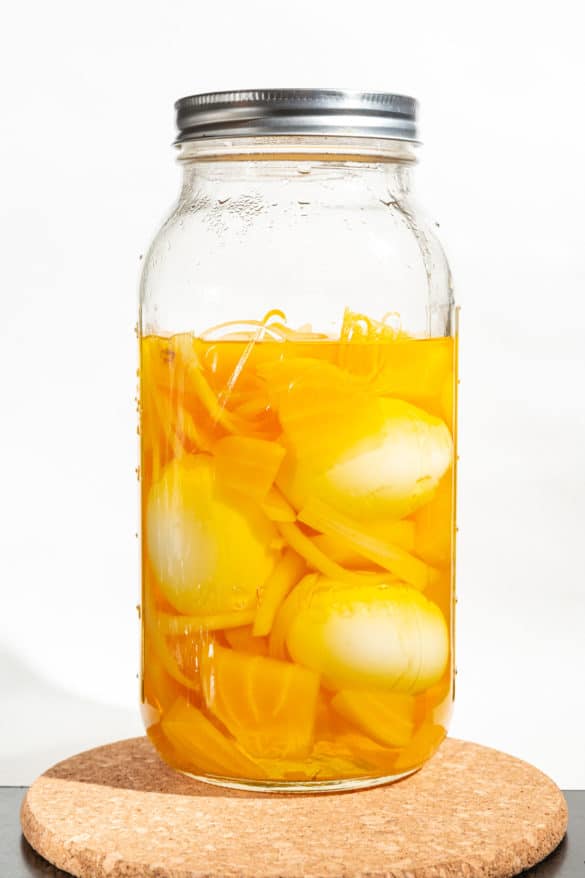 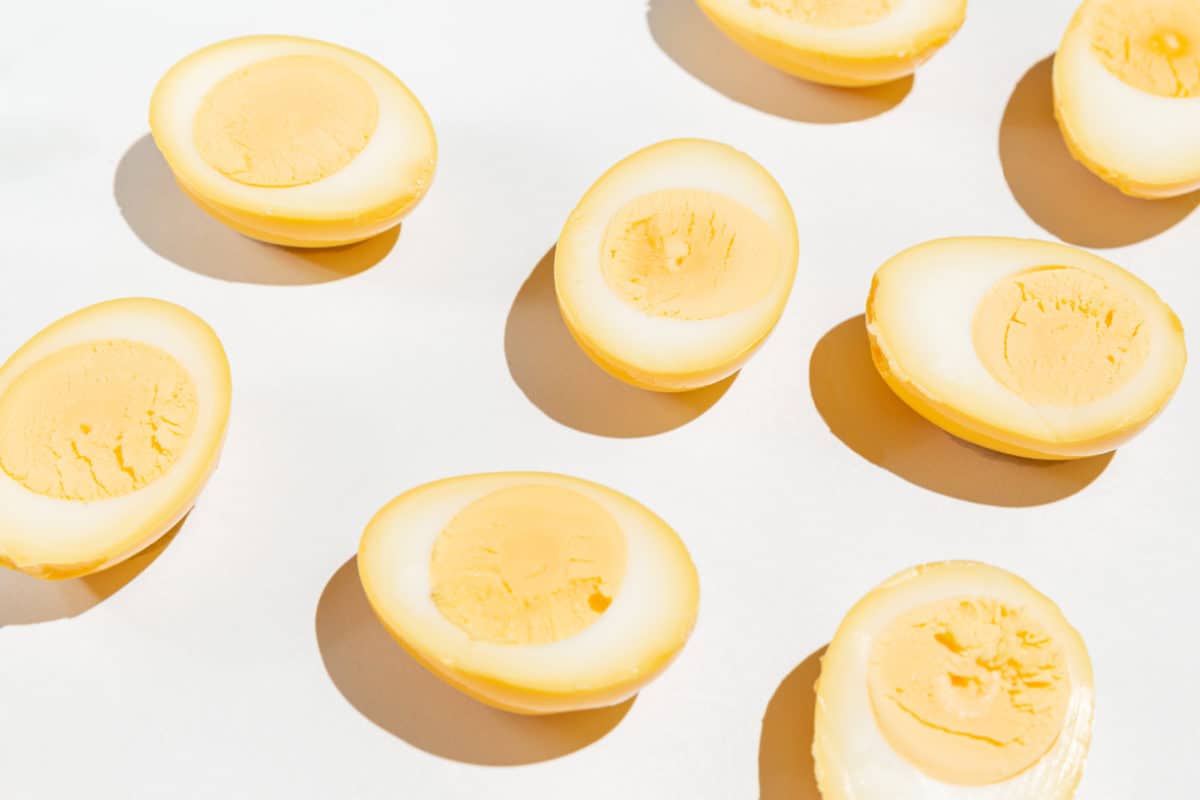 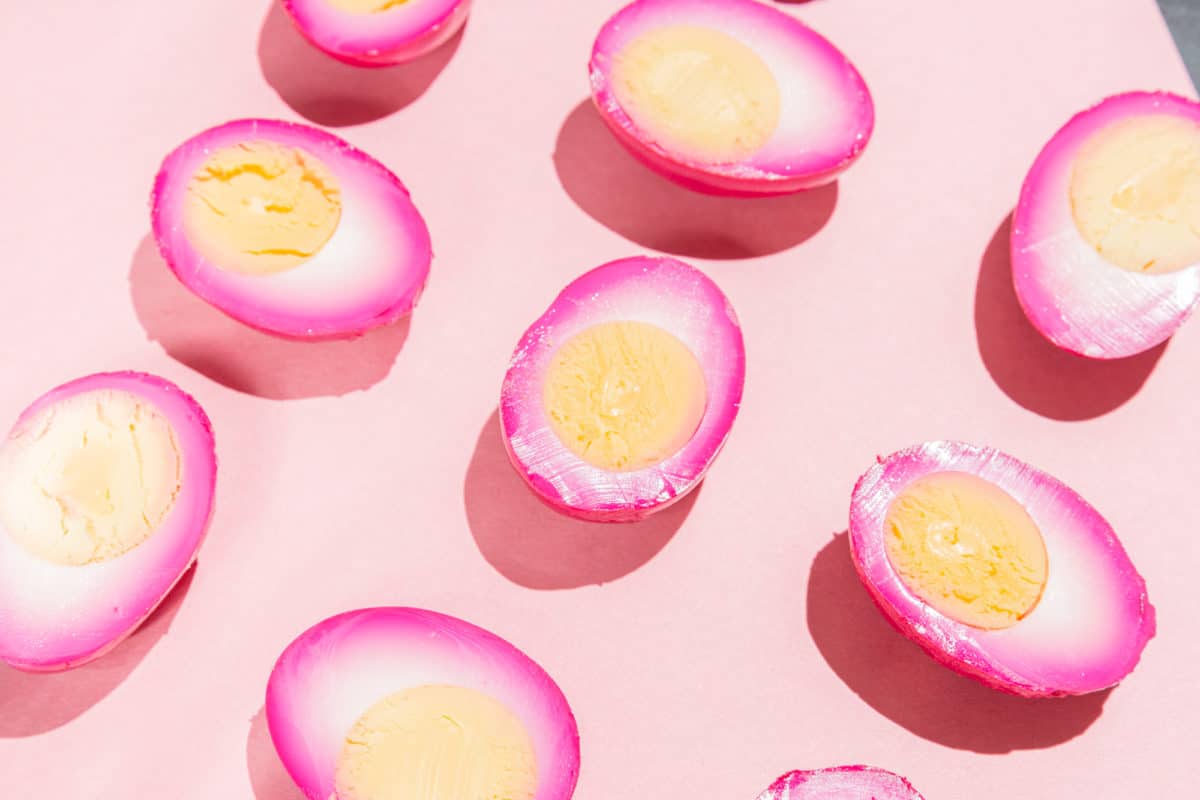 You can choose your own adventure here. Either make the pickled beets yourself, which is the lovely yellow version you’ll see, or buy some pre-made pickled beets and save yourself the time. I generally do.

The way my grandmom made 'em

First up get some eggs boiling. You can cook them however you like, go a little jammy on the inside or get that yolk completely chalky if that’s what you’re into. You’ll want to peel these too and have them ready to go.

If you’re making the pickled beets, you can start by getting your beets covered with cool water, bring to a boil then simmer till tender. Keep checking after the first 20 minutes or so. The massive beet I used took around 40 minutes to cook, but if you’re using smaller beets it’ll be much quicker. You’ll know they’re cooked when you can easily slide a pairing knife into the center without any resistance.

Once the beets are tender, let them cool, remove the skin, and chop into bite size pieces. You can do cubes, wedges, whatever you want.

Then, in a small saucepan combine the vinegar, water and sugar. Bring everything to a simmer making sure the sugar is completely dissolved. Add your beets to a heat proof jar, cover with the warm liquid and let cool completely.

For the egg part:

In a large container, with a tight fitting lid, start layering in your eggs, pickled beets, and sliced white onion. Be sure to reserve any liquid the beets were in, you’ll need it. Once everything is nicely layered in your container, I highly recommend a large mason jar for this, add in the pickling liquid from the beets. Most likely this won’t be enough to completely cover the eggs, so you’ll want to add in some additional white vinegar to top everything off.

Then just let the eggs sit for at least a day to take on the flavor and color from the beets. The longer they sit, the darker they’ll get and they’ll take on more of that pickled beet flavor. That’s it. Eat up! 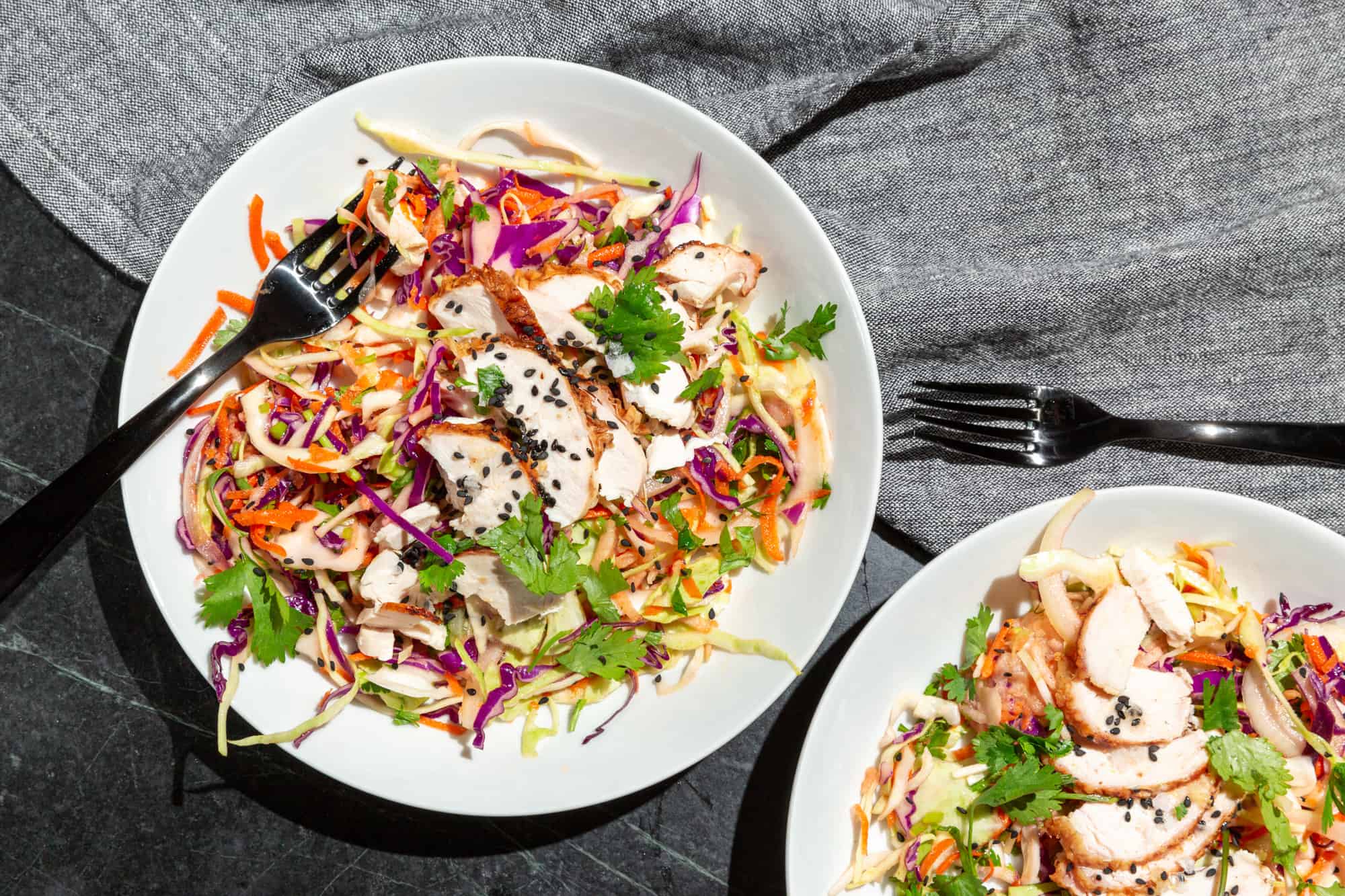 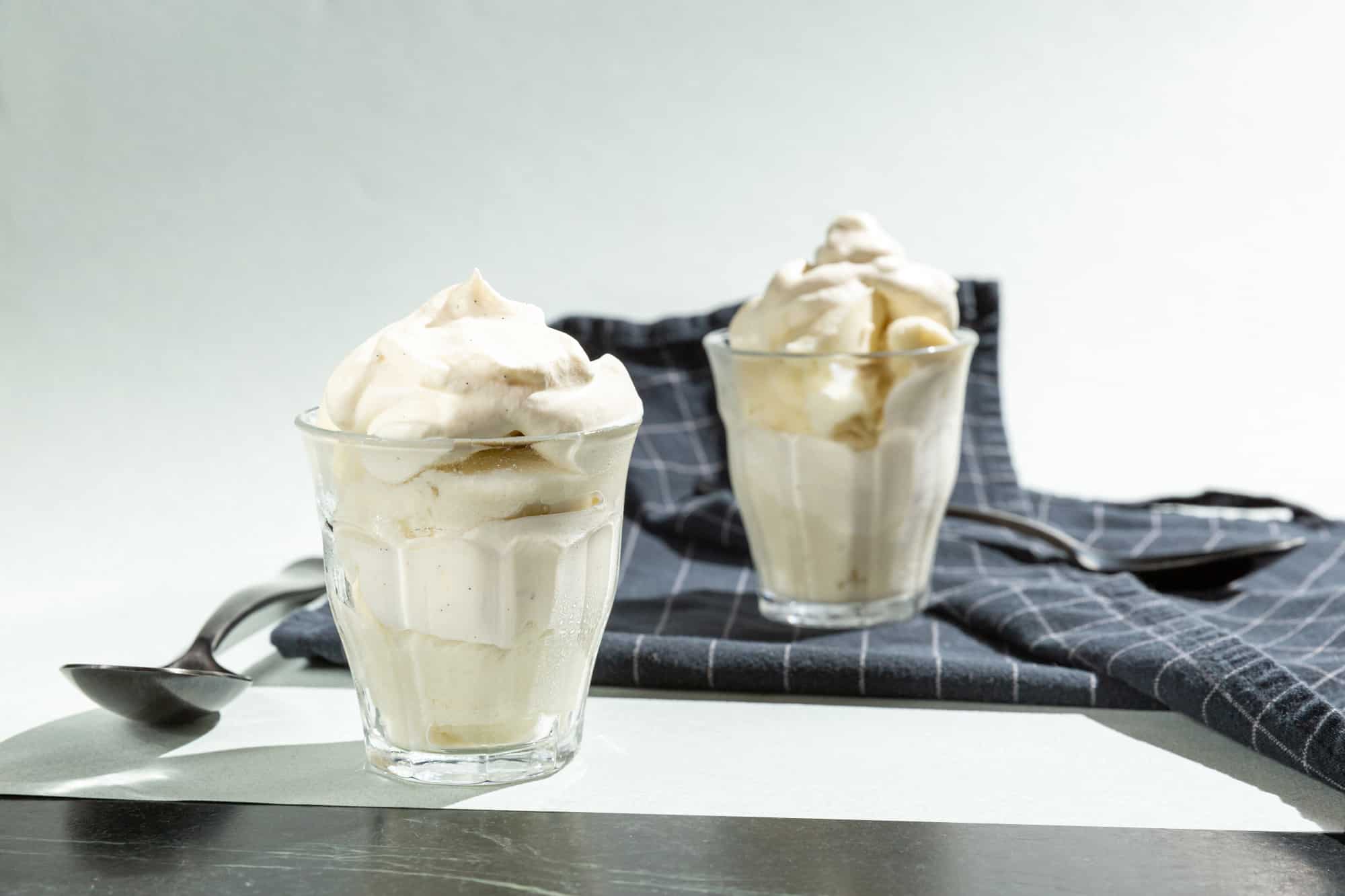 One of my fave speckled radicchio, chic pea + wild

Had a seriously crabby 🦀 b-day the other day, a