Braised Escarole - and some thoughts on cretan food, cause it's amazing
Skip to content 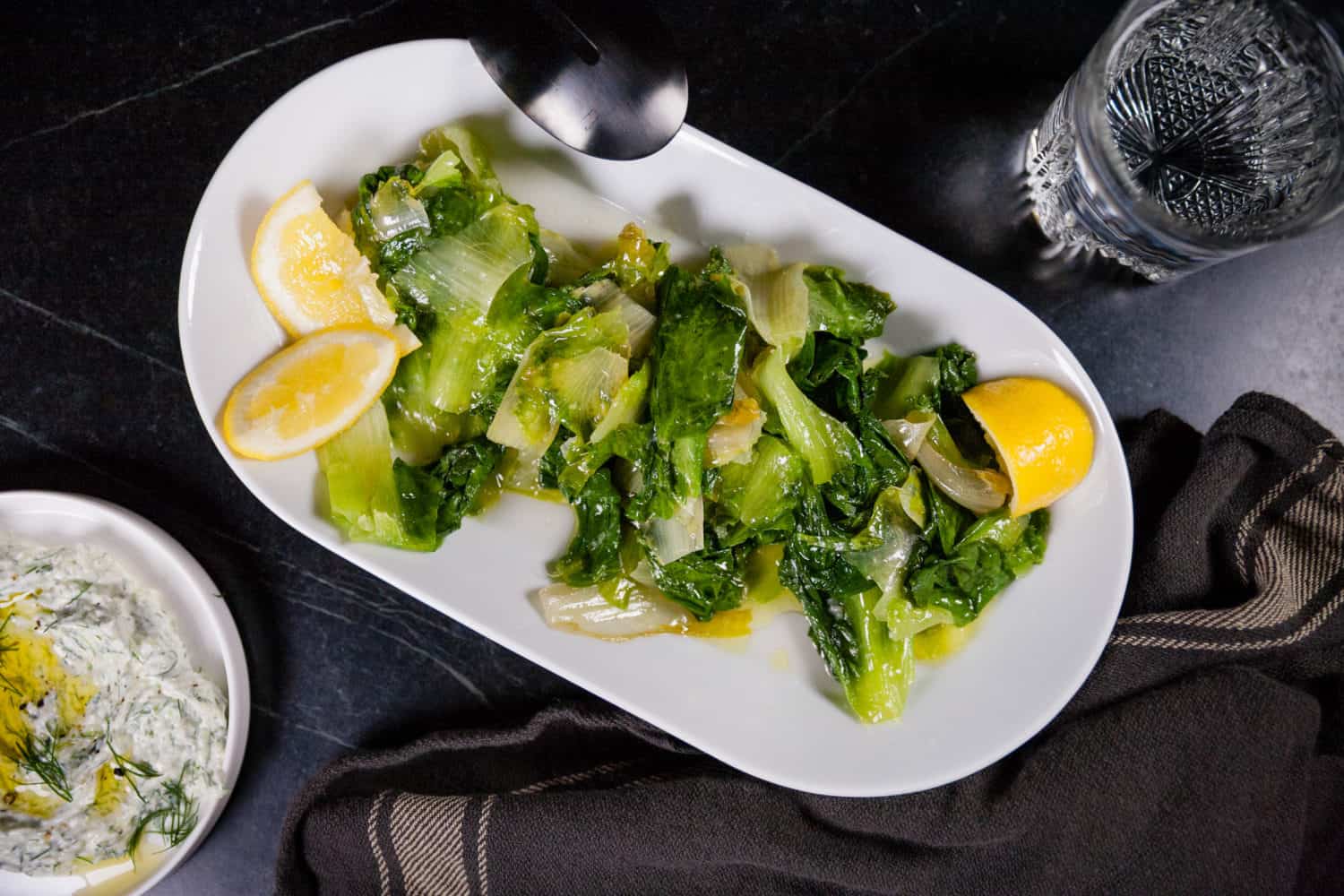 Last October Ry and I went with his family to Greece. We visited Athens, Crete and Santorini. It was incredible. I was of course most excited to eat any and everything I could get my hands on, and I have to say the best food on the entire trip was found on the island of Crete. Cretian cuisine is ancient and based on eating locally. Think wild greens, lots of tomatoes and tons of locally grown olives and olive oil. Anywhere you look in Crete you’ll find an olive tree. They don’t mess around when it comes to olives. As a side note, don’t even think about comparing Italian olive oil to Cretan olive oil here, it won’t go over well.

Everything we ate in Crete was incredibly fresh and seasonal. The food was simple, no fuss, and made from all local ingredients, which I must say the Cretans are very proud of. Every meal we had involved incredible tomatoes, lots of olive oil and olives grown nearby, sides of super rich greek yogurt and a must for every meal were the boiled greens, or χόρτα (horta).

Every dinner included horta, it was a simple plate of gently boiled local greens covered in Cretan olive oil. The actual greens varied from location to location, some were mild, some were more bitter, it was slightly different at each meal. But always delish, which I’m sure was also partly because they were drowned in olive oil. Really good olive oil.

So to make my own at home, rather than boiling, I’m braising. It’s my new favorite way to cook greens, softened, then drowned in olive oil, it’ll make anything taste good honestly, but it’s a really great way to cook greens. Those Greeks know what they’re doing.

You can do this with any green, or really any veg you want. I particularly like this with bitter greens like chickories, dandelion greens, radicchio even, but you can go more mild with Swiss chard, spinach or kale. Just cook till tender, generously season with salt and then cover with the best olive oil you can get a hold of. We also like a nice squeeze of fresh lemon, brightens everything up. So, SO good! 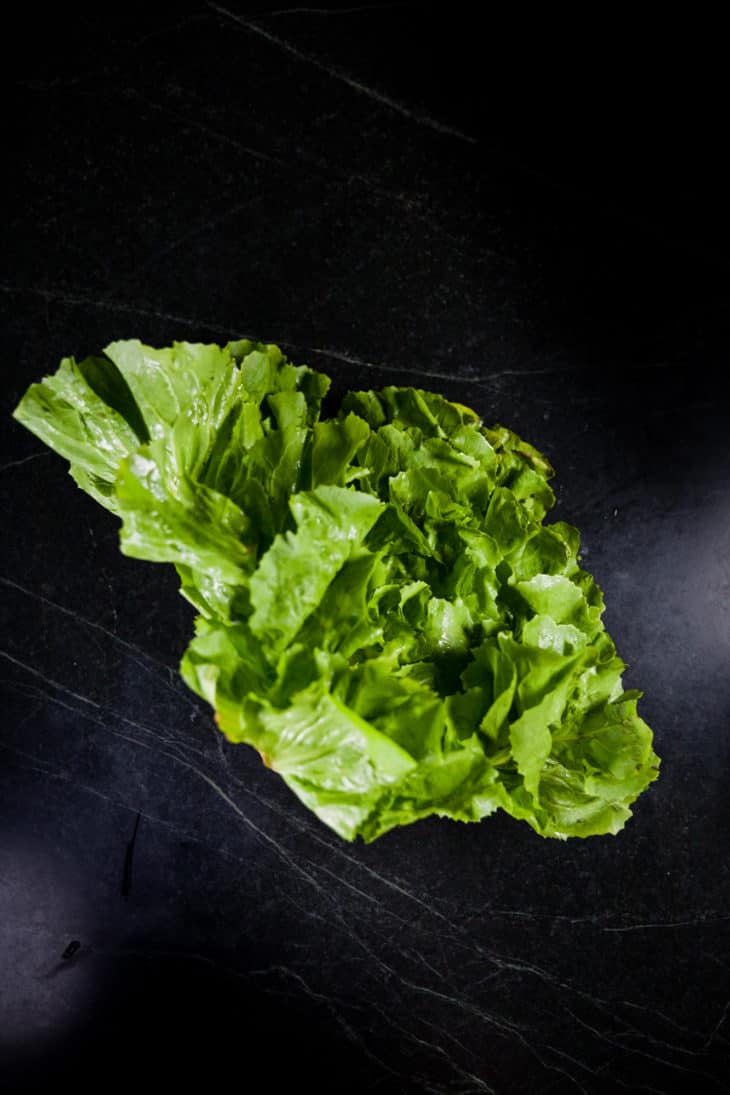 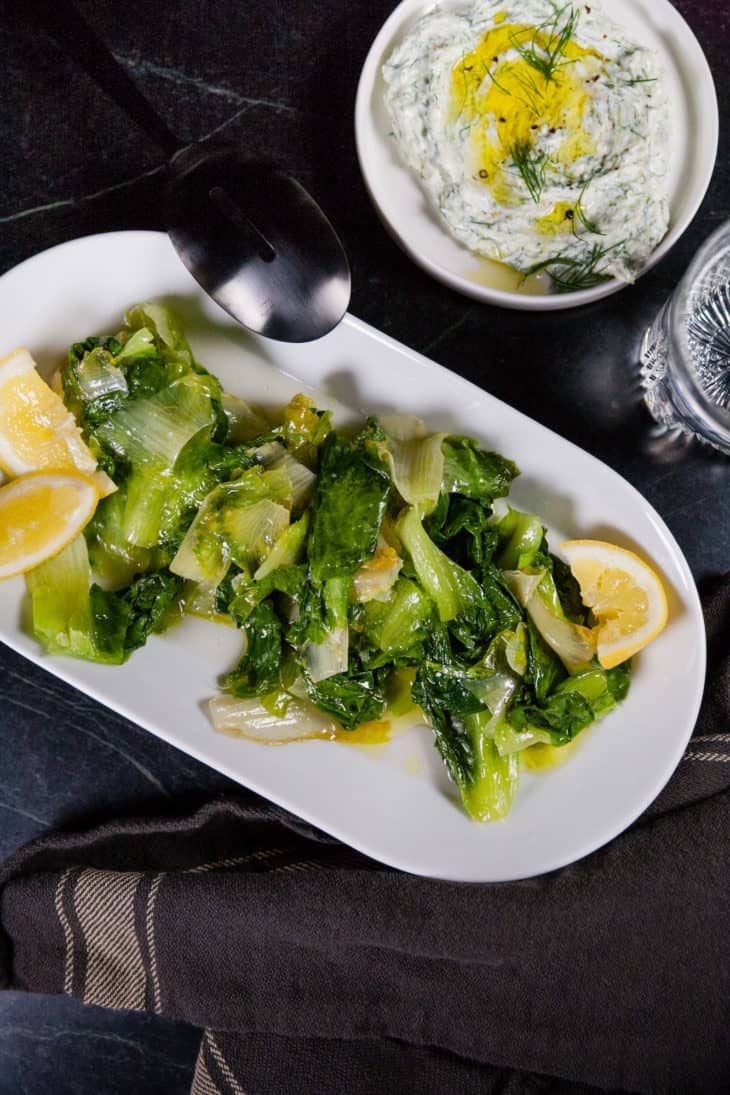 As a side note, don’t even think about comparing Italian olive oil to Cretan olive oil here, it won’t go over well. 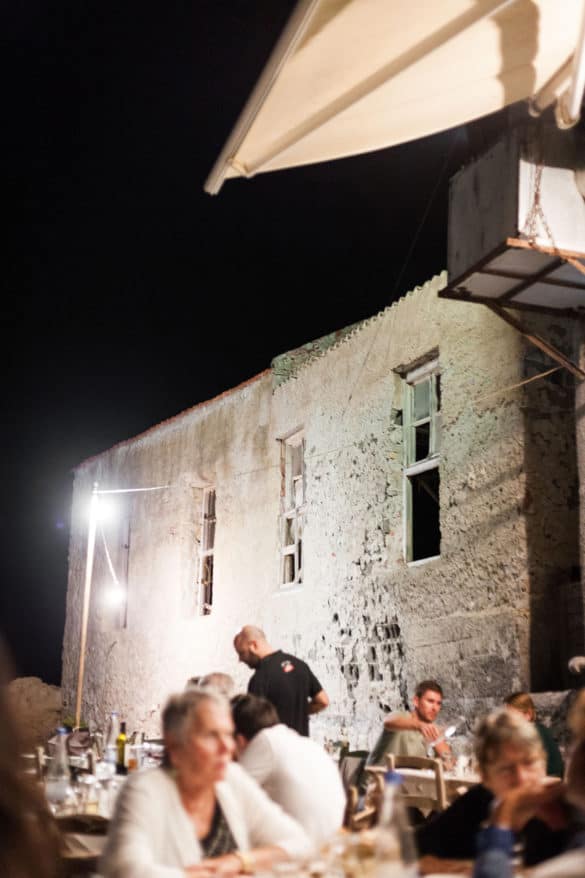 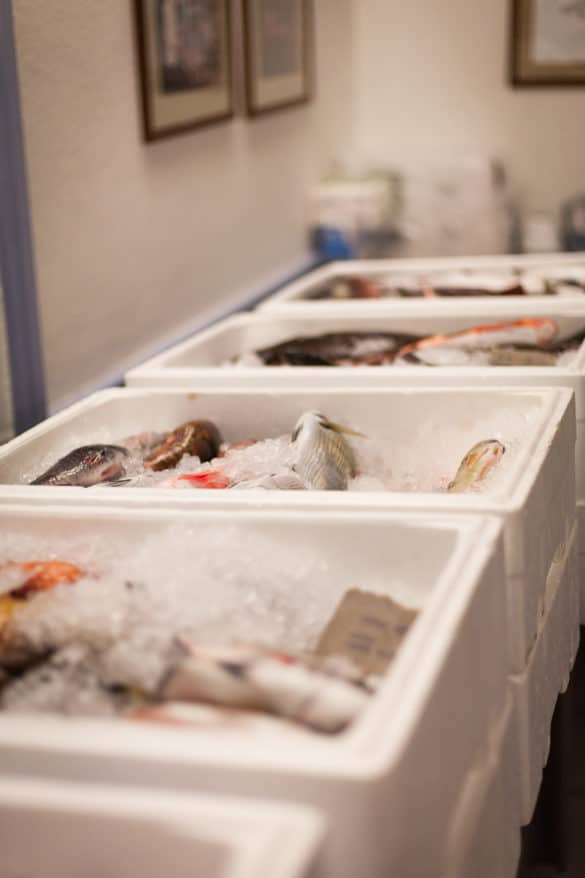 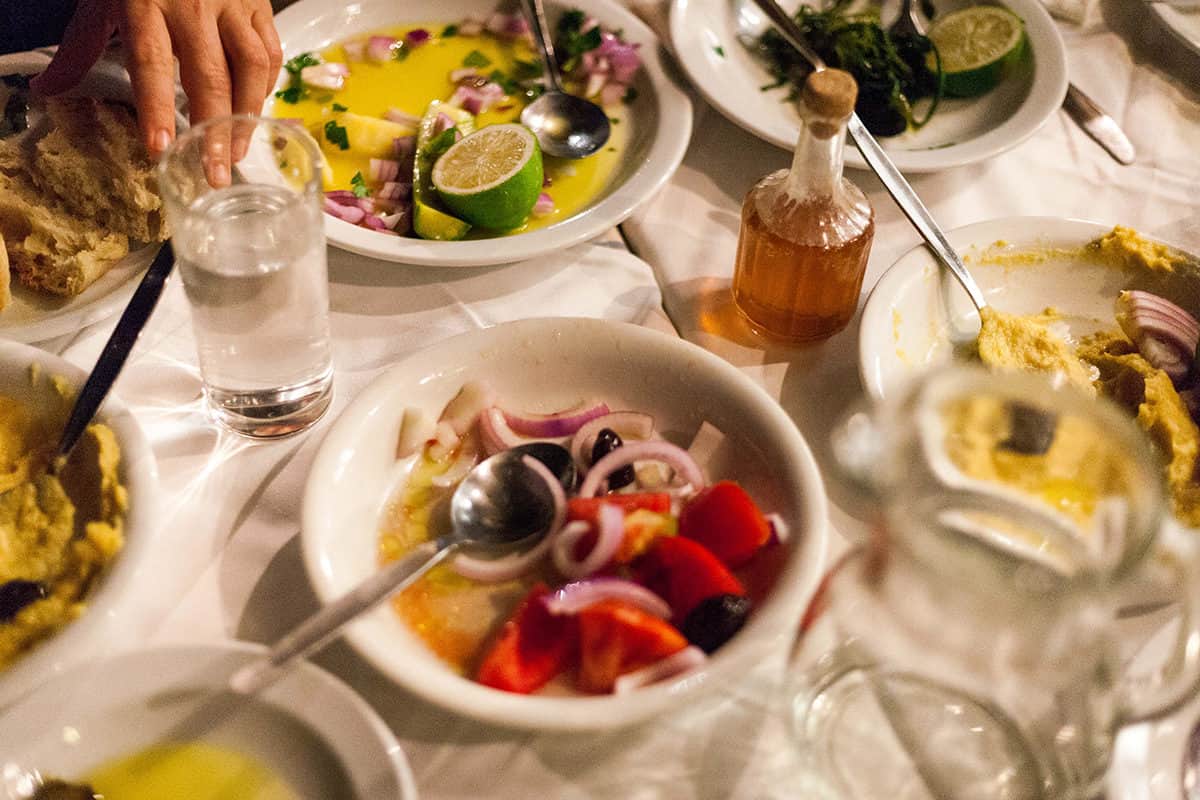 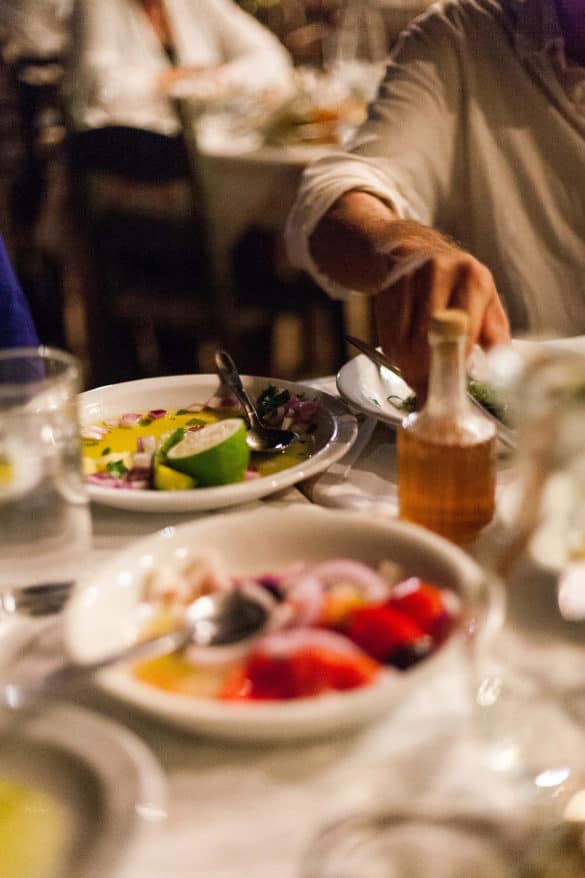 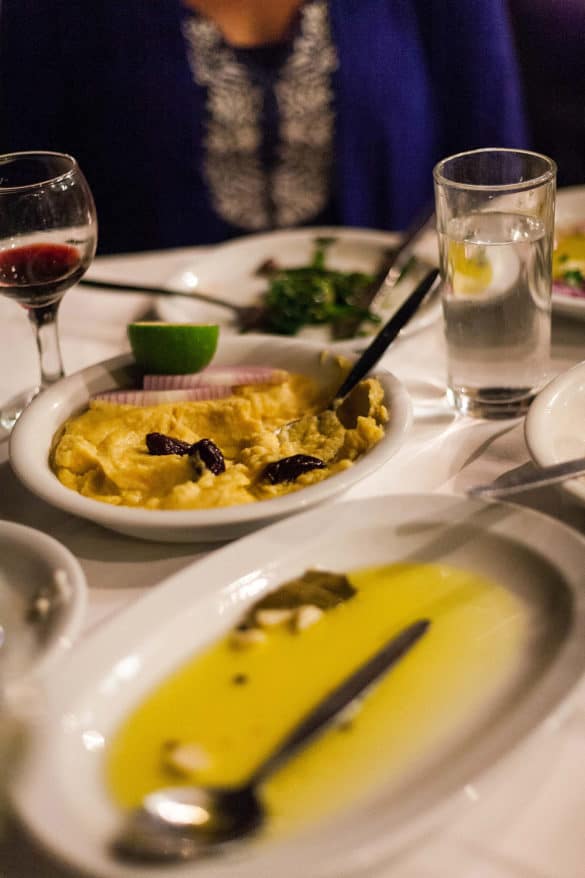 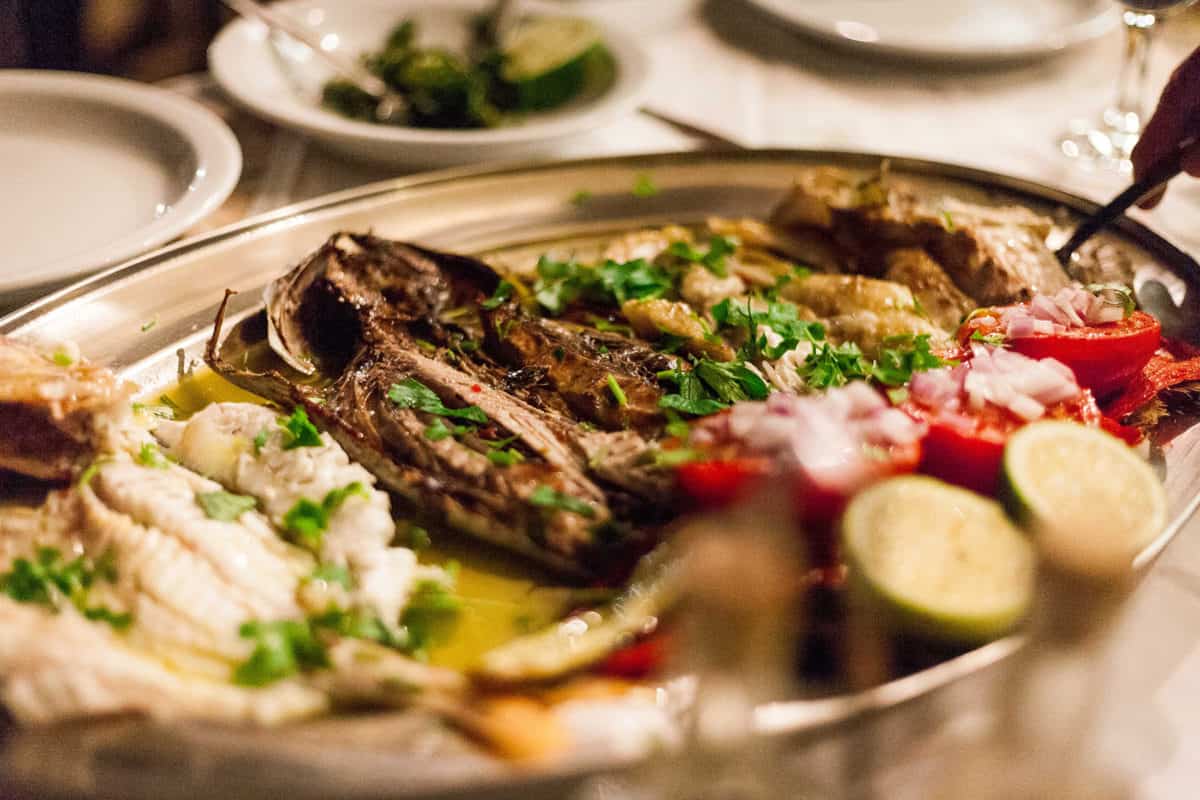 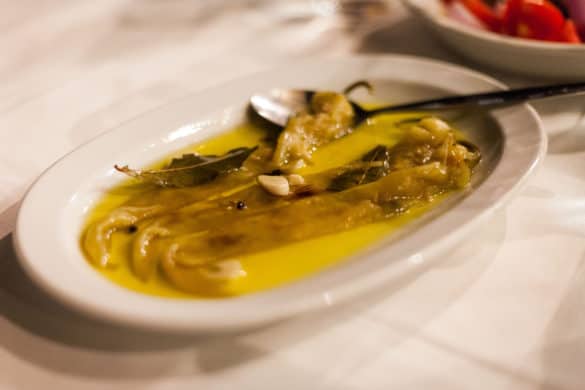 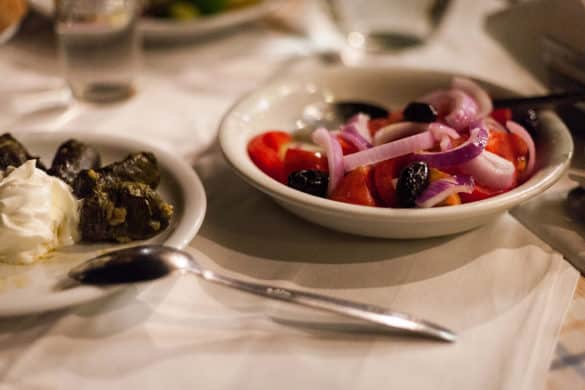 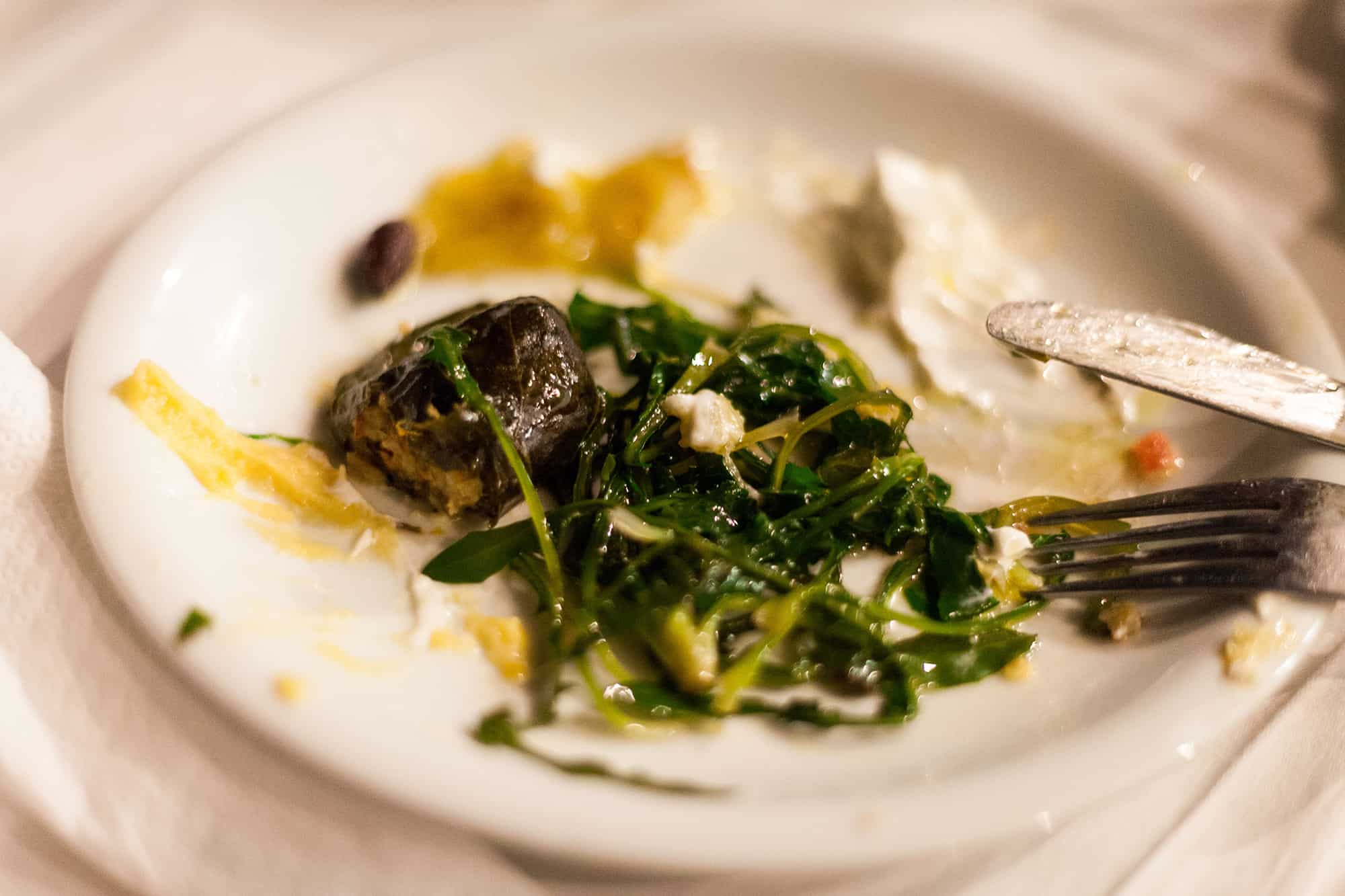 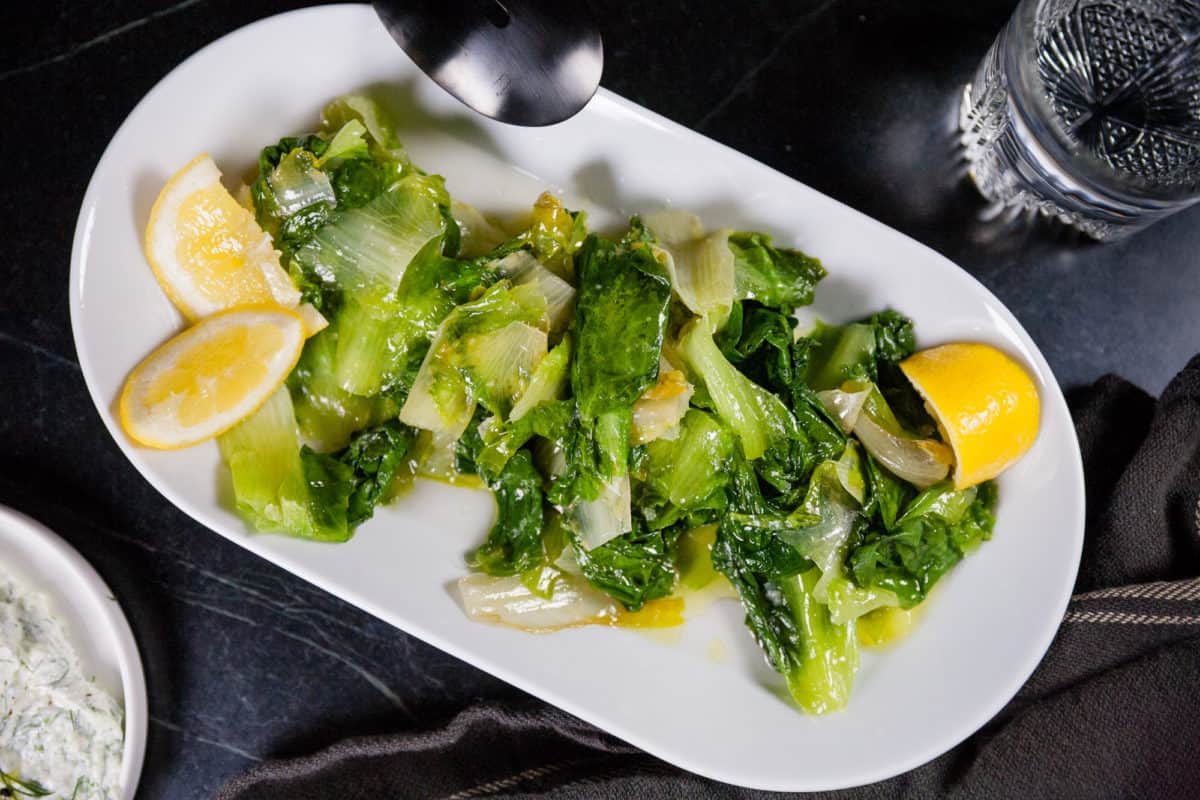 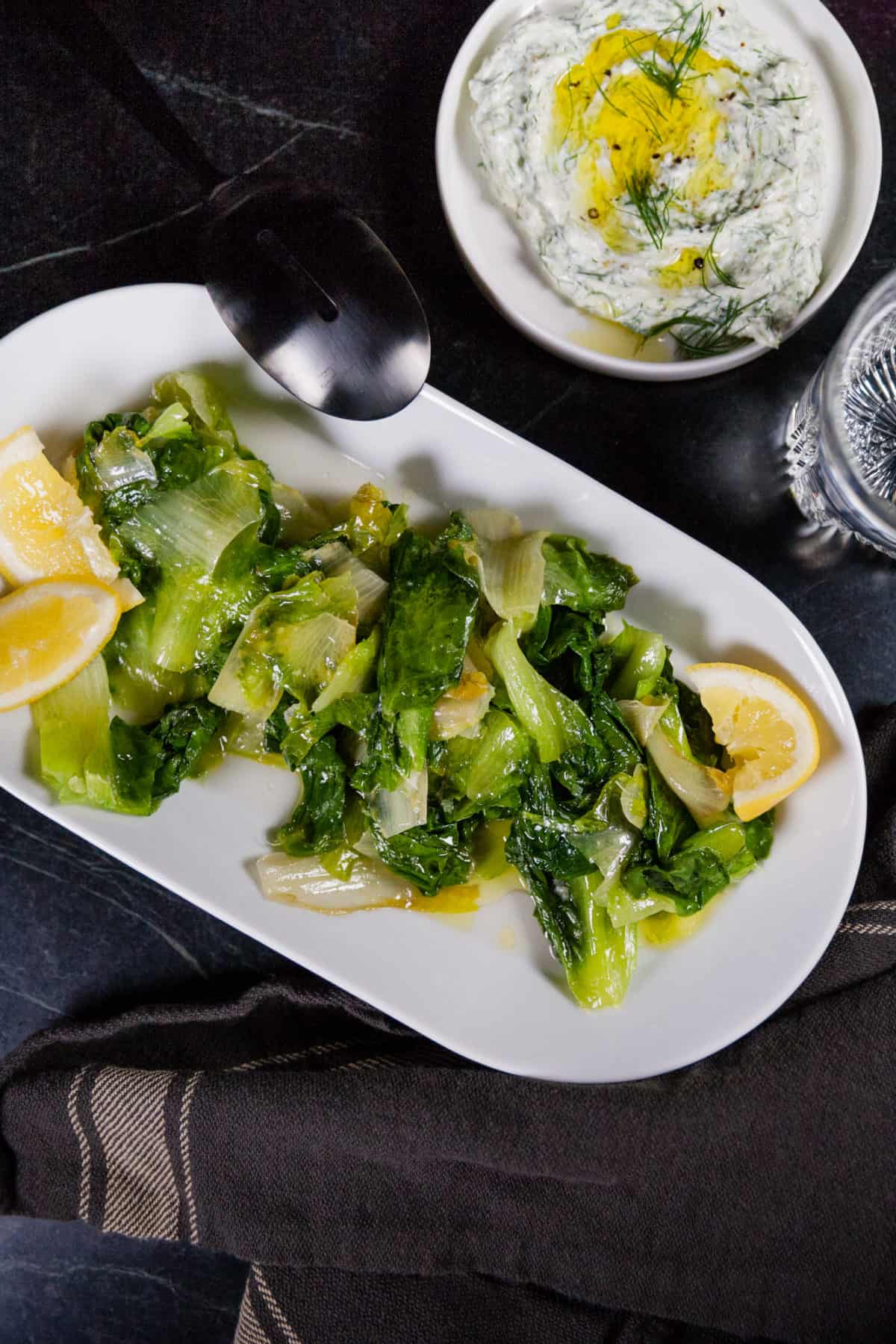 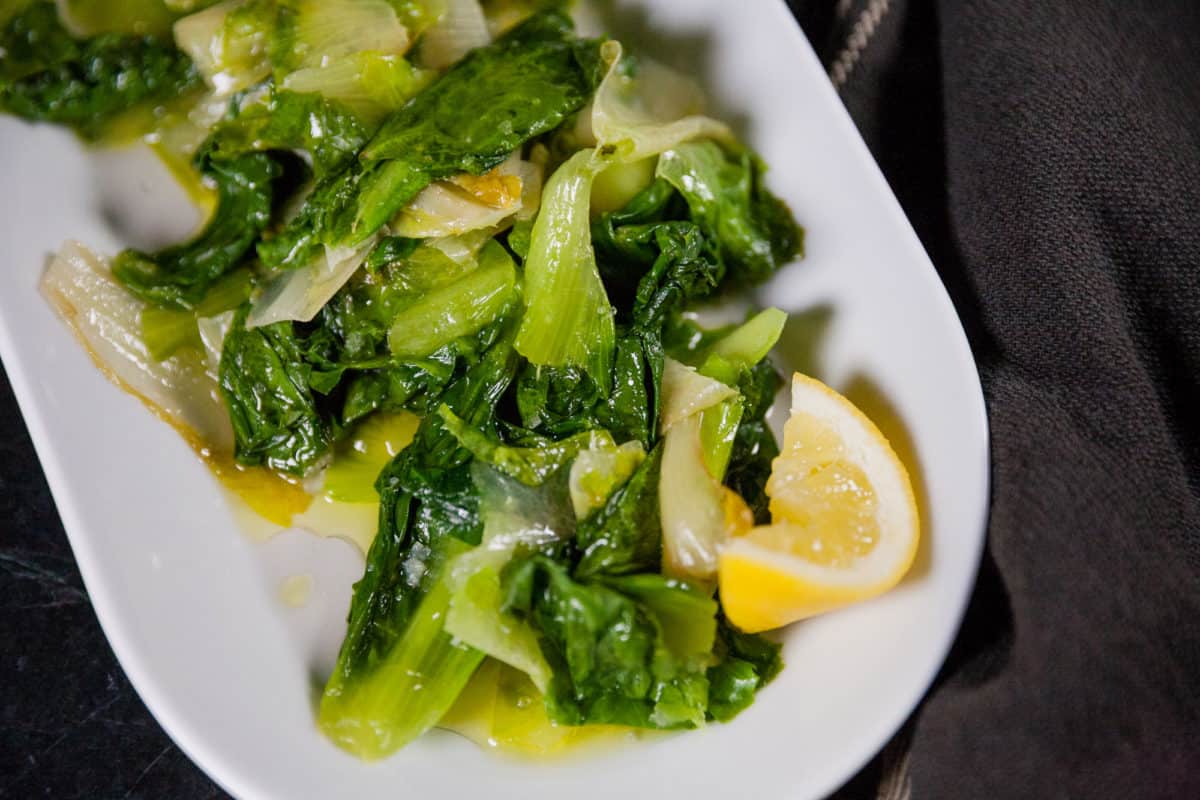 This is a quick one, it’ll maybe take you 5 mins.

The most important thing I would recommend here is to make sure your greens are clean, like really clean. You wanna make sure not you’re not getting any sand in you final dish, that’ll ruin everything.

Place a large pan on medium heat and add in enough olive oil to lightly coat the bottom. Add in your crushed garlic cloves and let them get slightly golden in the olive oil. You’re just trying to give the oil a bit of flavor here. Once they are slightly golden, you’re ready to add in your greens. Add all your chopped escarole in the pan, it’ll sizzle, then cover it. You want to trap all that steam. Let it cook for about 3 mins and then toss the greens a bit in the pan so everything is cooking evenly. Season with some salt and then let it cook for another 3 minutes until tender.

Once the greens are done lift them out of the pan and place them on your serving dish, leaving the liquid in the pan, you don’t need that. The only thing left to do is top with a generous amount of really good olive and a squeeze of fresh lemon. Eat up! 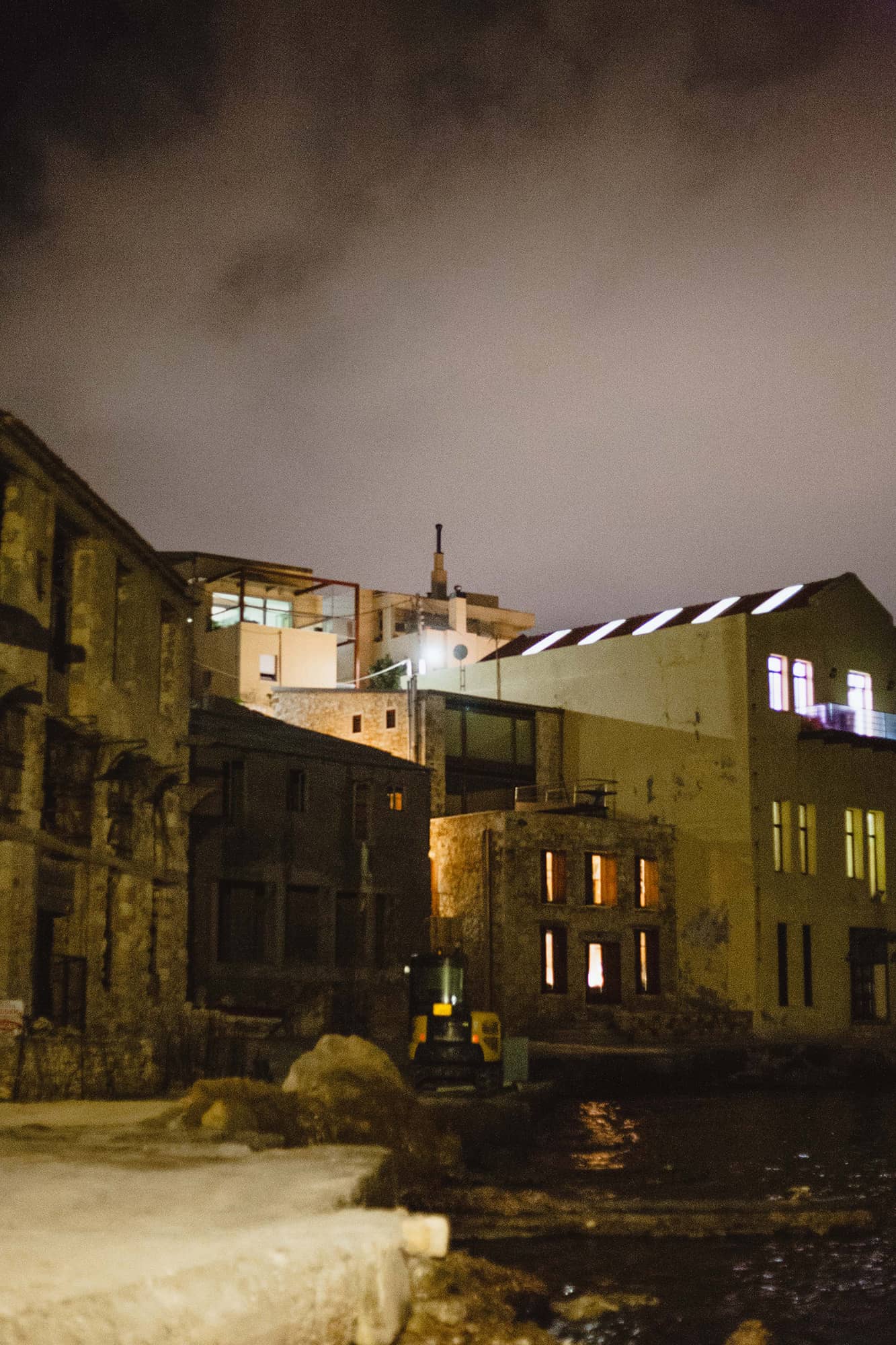 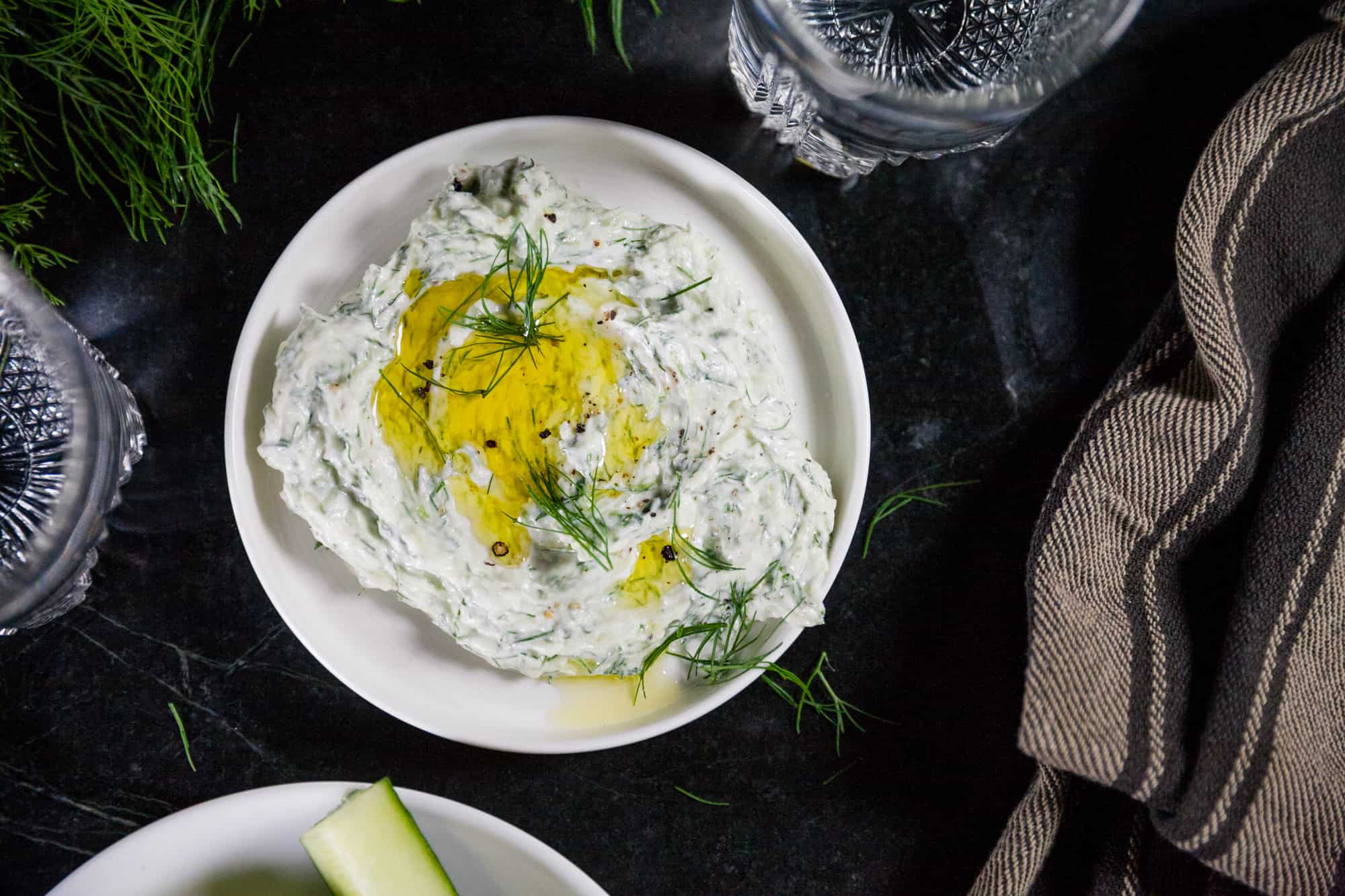 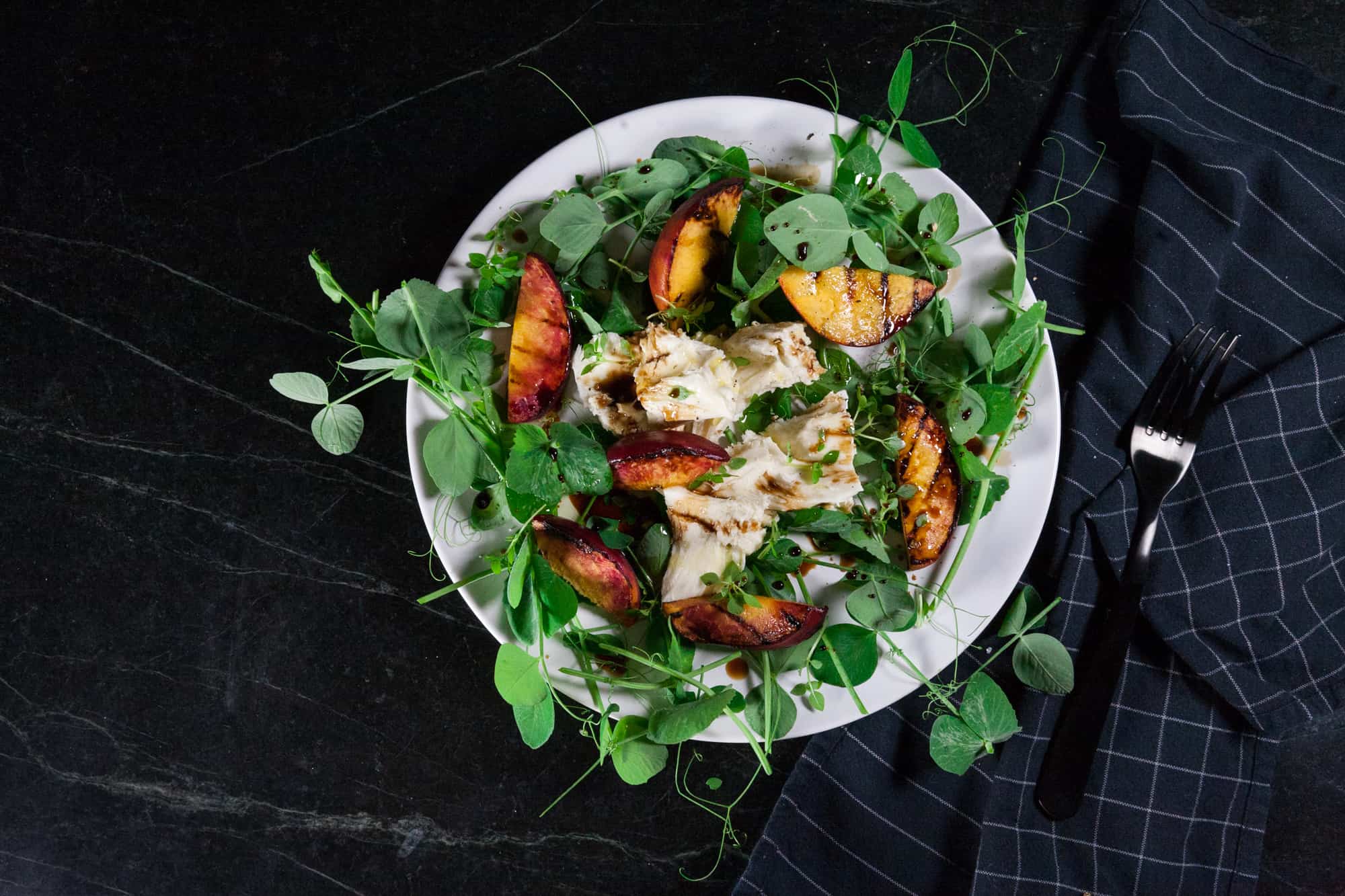 Made a dairy-free ranch with some @kitehillfoods a

Slow cooker pulled pork 🐖 with some slaw and pl

Sausage in Red Sauce. Just a few ingredients and d

Made my fave cinnamon rolls 🌀 from the @braveta