Pitaya Bowl with Coconut and Pineapple Mint
Skip to content

If it’s hot out, like really hot out, you can bet on the fact that I’m having a smoothie bowl for breakfast or lunch. It’s quick, delish and most importantly cold. I can just grab a few thing from the freezer, which is quite convenient, chuck it in my blender and two minutes later I’m eating. Instant gratification. I zhuzhed things up a bit with some fresh mint, coconut shreds and coconut milk. The more coconut the better! In all honesty I typically just make this as a smoothie and drink it at my desk, but sometimes I gotta make things look a little more interesting…ya know, for the blog.

For this version I used some frozen dragonfruit puree, I found it at Whole Foods, and I highly recommend it. Take a peek around your food store’s frozen fruit section, they’ll probably have it. I was on an açai kick for a good while, and that would work as a substitute here, but I really recommend the dragonfruit, also called pitaya, it’s sweet, slightly sour and goes really well with the coconut.

I also added a generous sprinkle of some pineapple mint, mainly cause it’s one of my favorite herbs to use in the summer. I always get a small plant in spring, and by this time of year it’s quadrupled in size. I put it on desserts, in my smoothies, in drinks, salads, I could go on. Not only does it taste so so good, but it’s one of those things that instantly makes me think summer, and I love it! And, if you’ve never had it, it taste just like it sounds, like mint and pineapple. So, if you only have regular mint, spearmint or peppermint, you could add a bit of pineapple to this and get a similar flavor, but totally not necessary, it’ll be good either way. 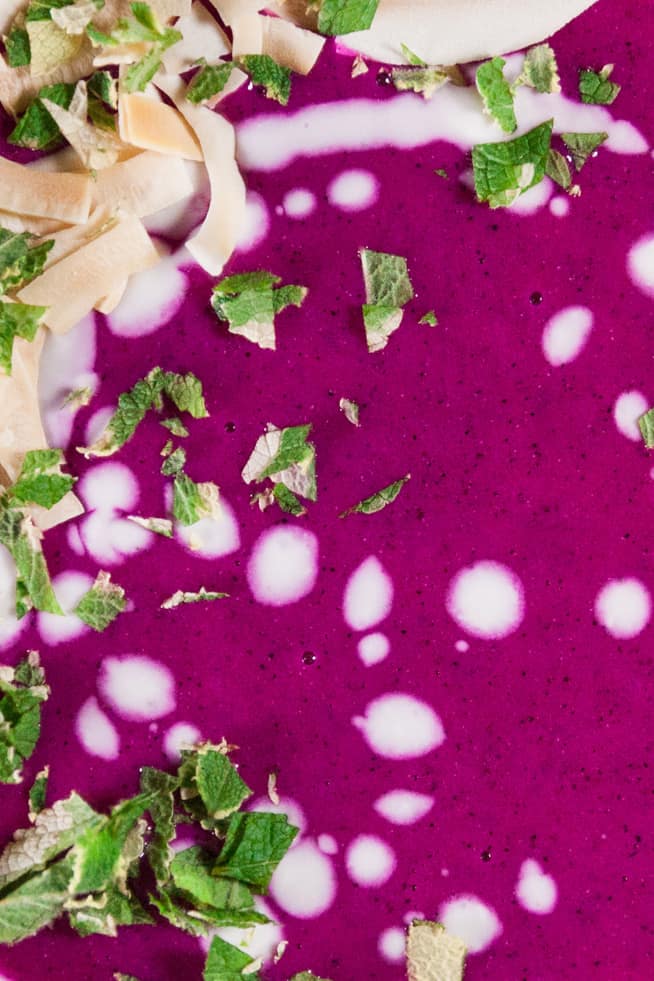 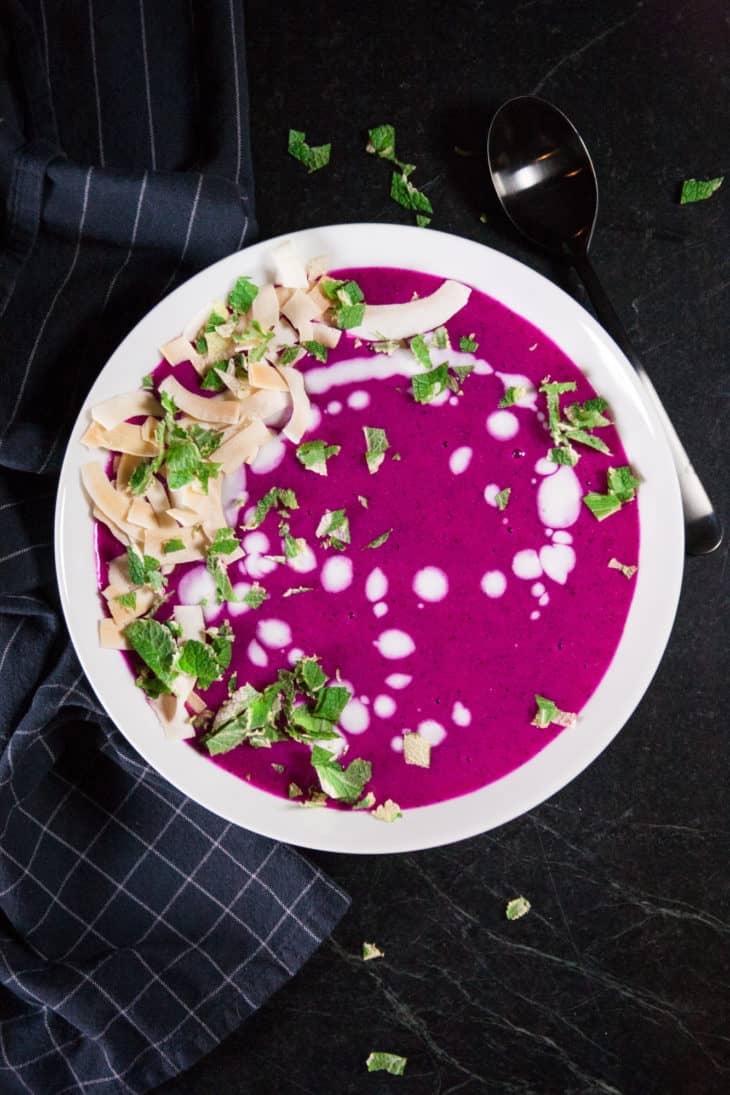 In all honesty I typically just make this as a smoothie and drink it at my desk, but sometimes I gotta make things look a little more interesting…ya know, for the blog. 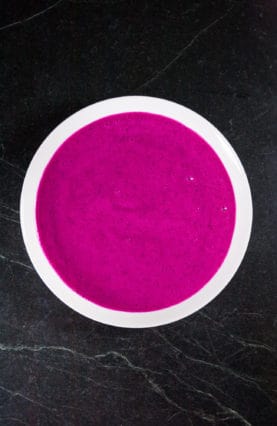 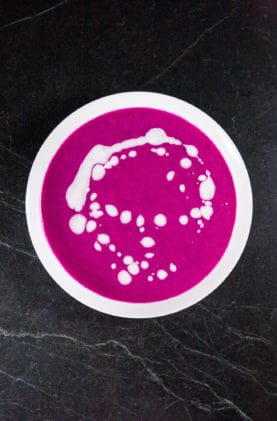 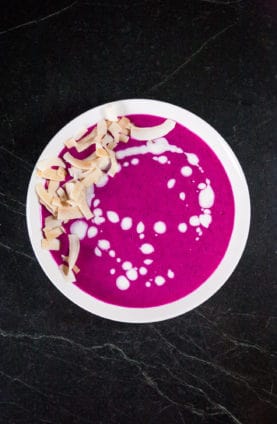 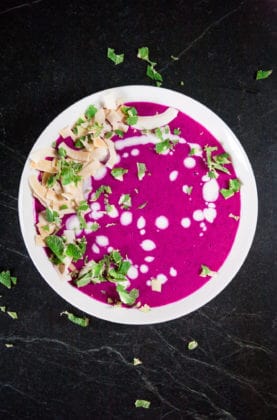 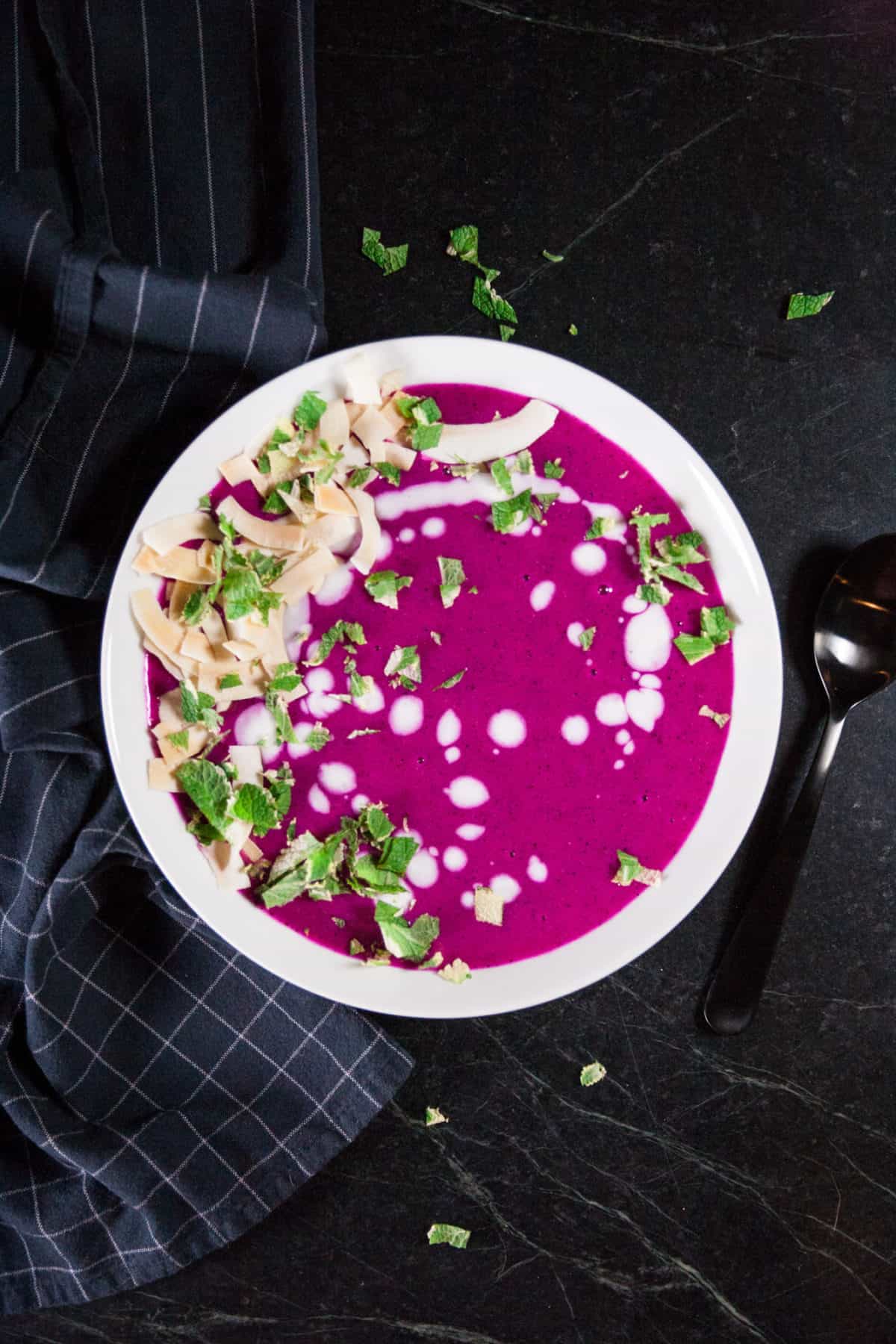 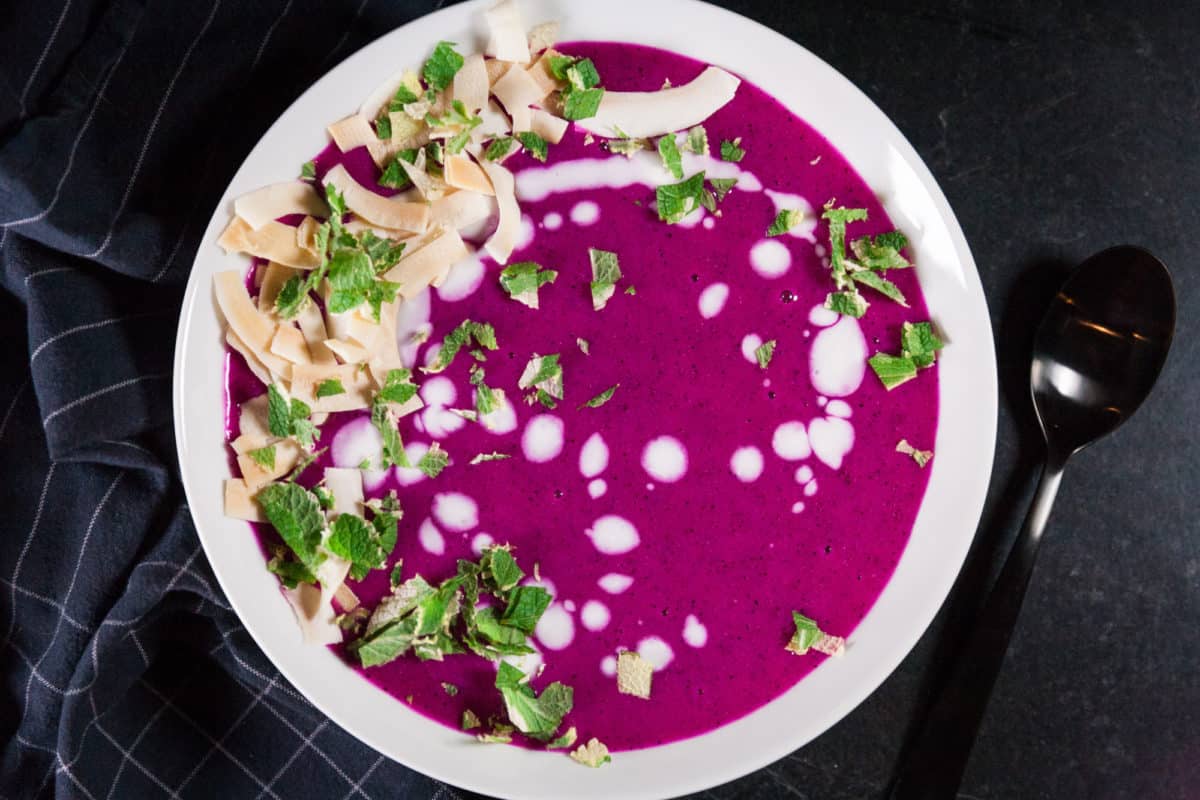 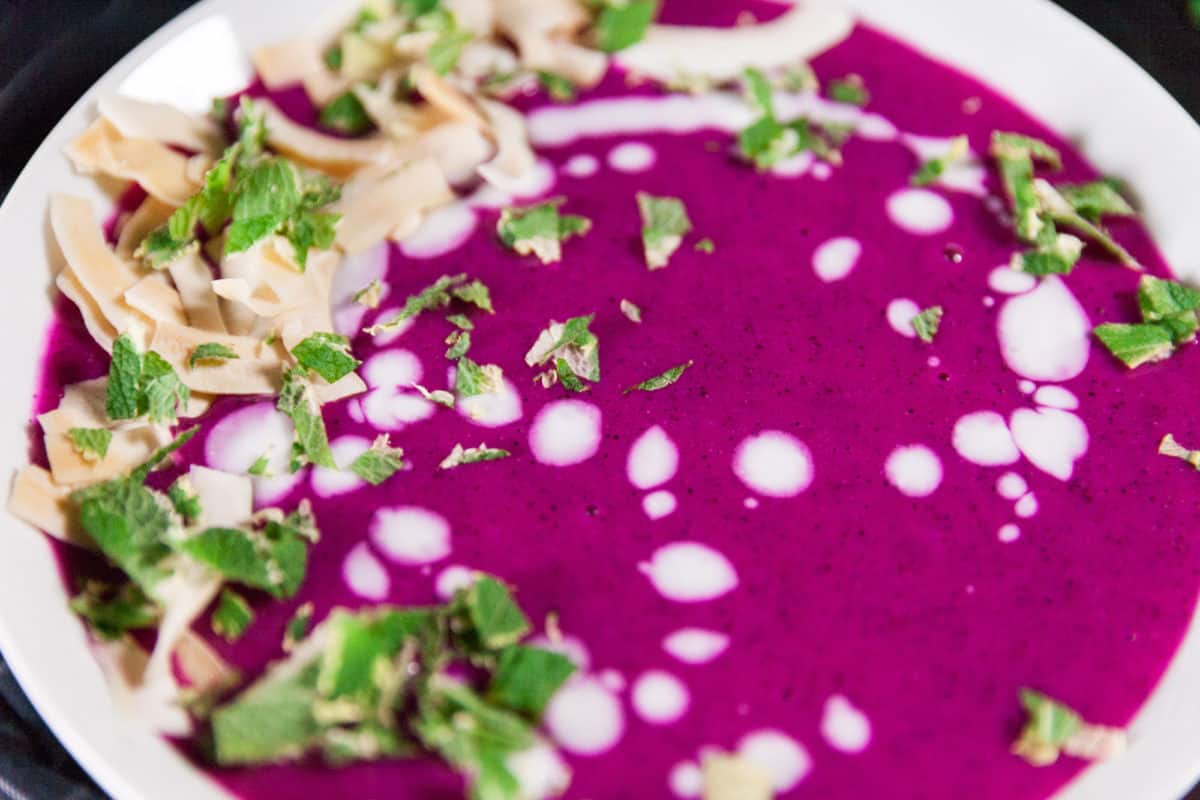 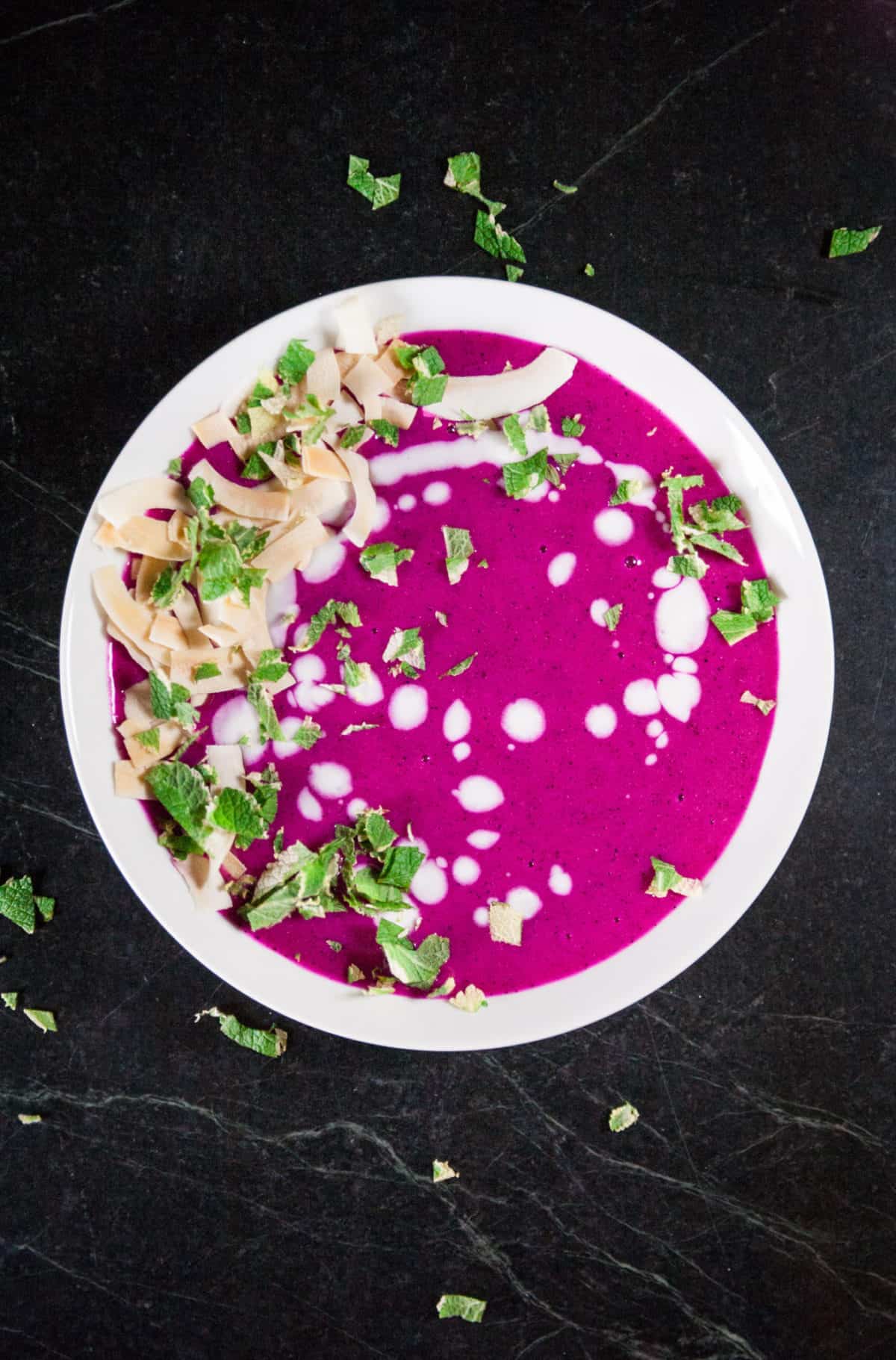 with coconut and pineapple mint

This is barely a recipe, you’re just making a smoothie, and then dressing it up.

Add your dragonfruit, banana and coconut milk to your blender and blend until smooth. It should be pretty thick since you’ll be getting the fat in the coconut milk nice and cold, but if you need to, add a little water to get a consistency you like.

Next add it to your bowl and top with a drizzle, or more, of that coconut milk, top with a generous amount of pineapple mint and lots of coconut shreds. Eat up! 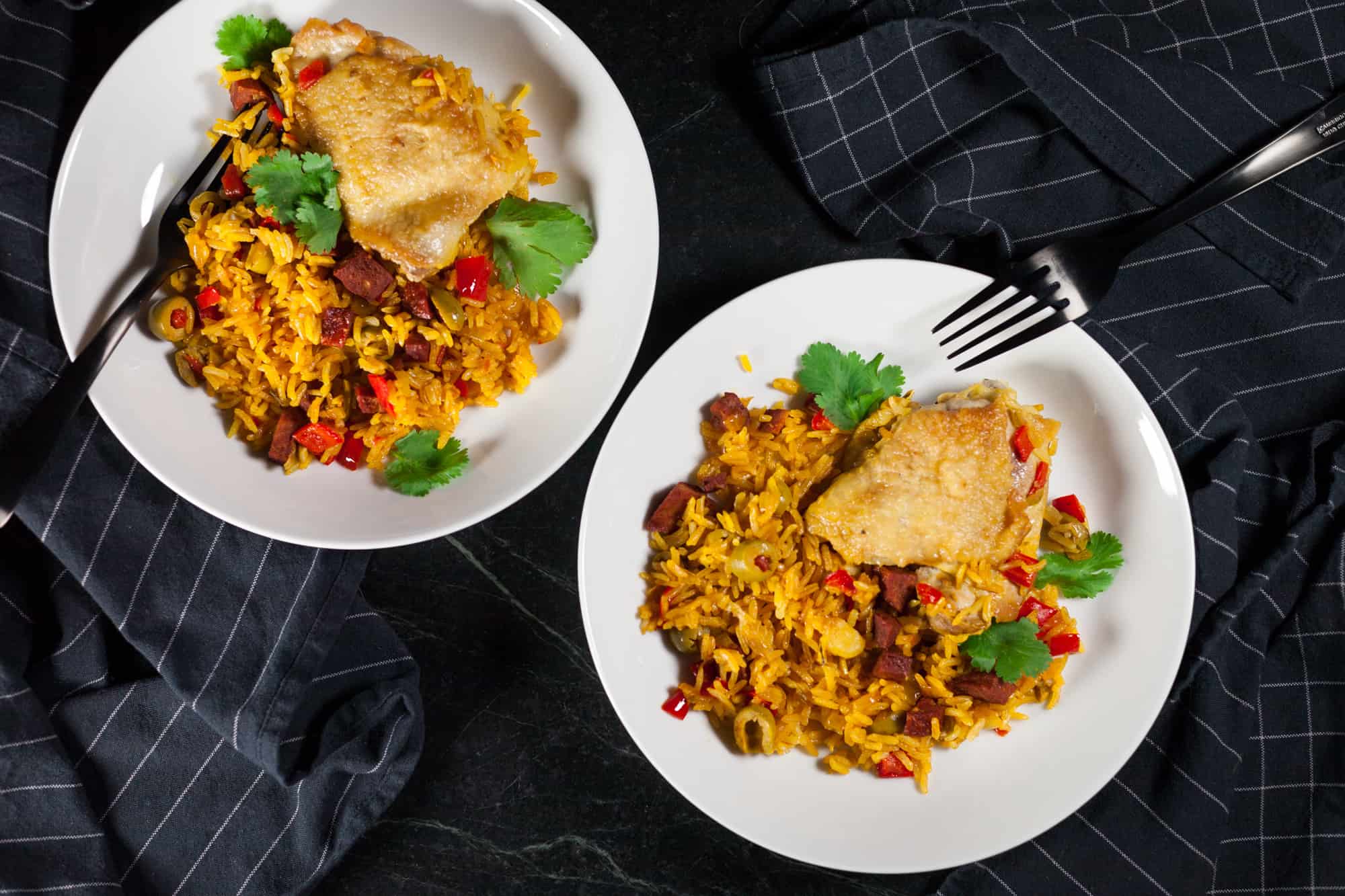 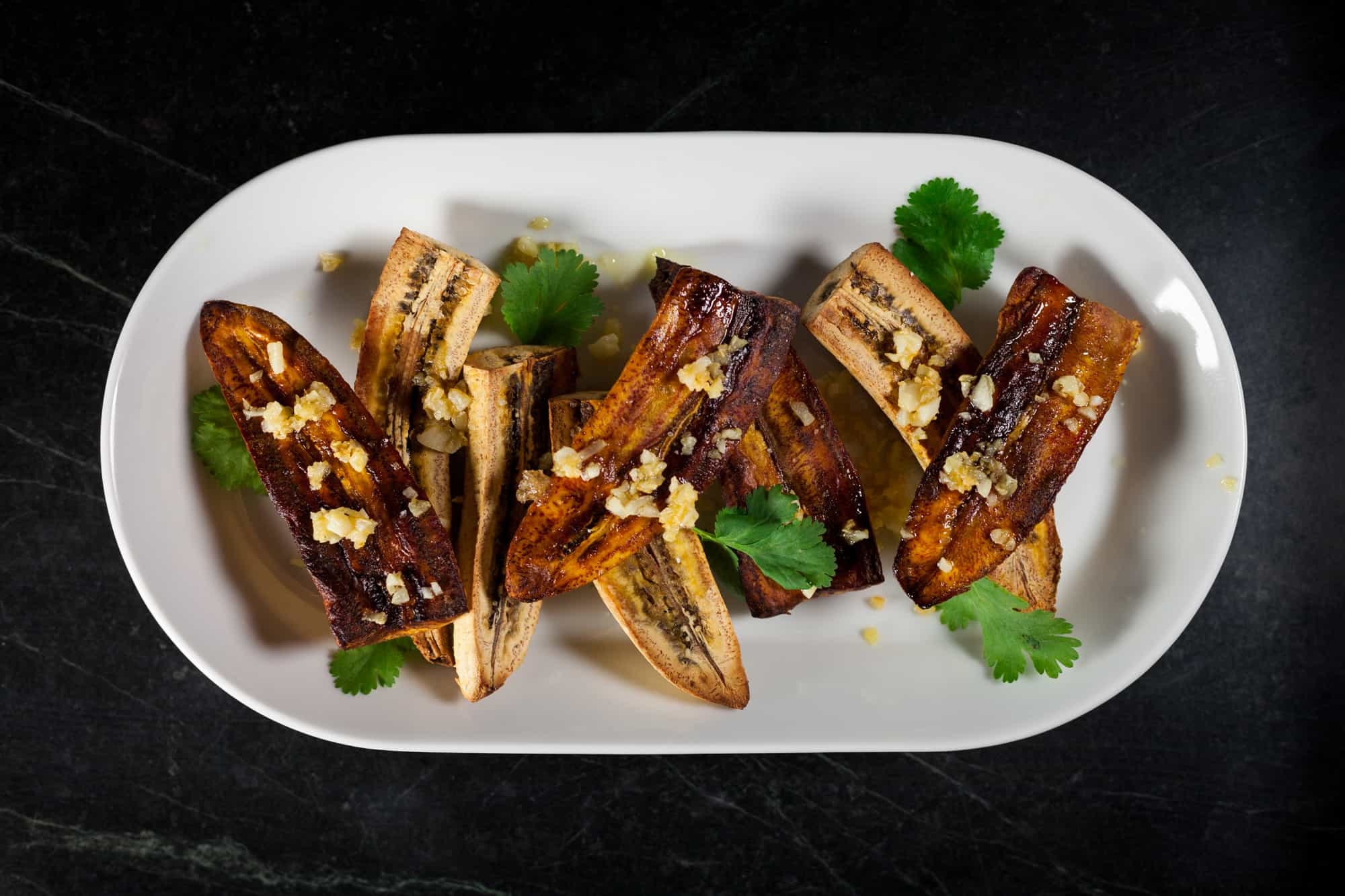